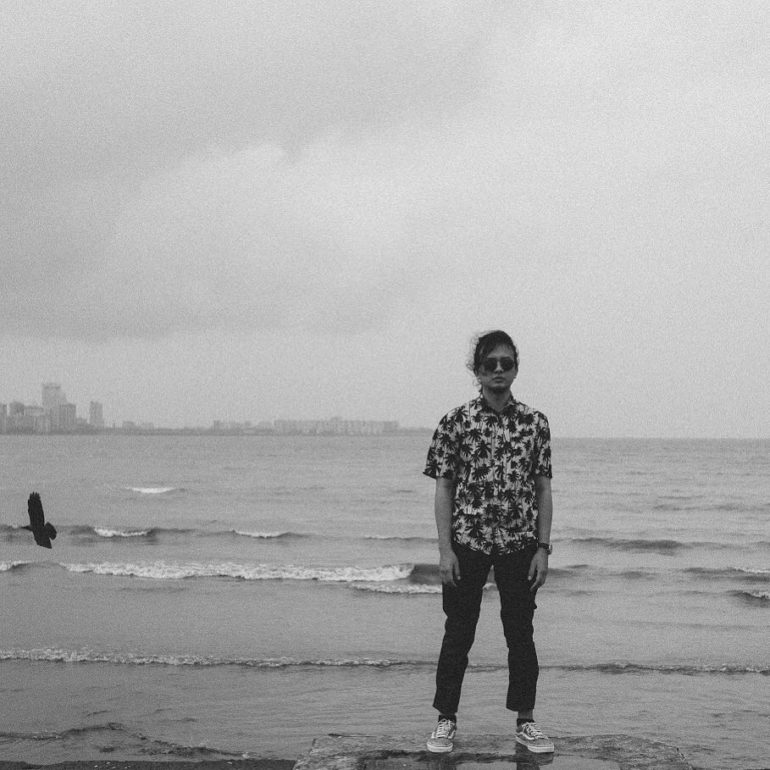 Somewhere between the serene woods of Doimukh in Arunachal Pradesh and the concrete jungle of Mumbai, finger-style guitarist and singer-songwriter Taba Chake seems to have found his calling – music. He pays tribute to his journey in the album Bombay Dreams.

Listeners will be reminded of Prateek Kuhad, and will sway and smile to the playful and floaty nature of his music. The instrumentation is solid and the lyrics beautiful — a complete package in a sense.

Threads of his 2016 debut EP Bond with Nature carries over into this album with two songs about nature. The opener ‘In Waadiyon Mein’ starts with a busy and slightly dark acoustic guitar thread. Simple grooves and synth chords are crisscrossed by electric guitar runs and alternate distortion showdowns as he visualizes standing above clouds, enamouring sights and getting lost in the beautiful valleys. ‘Aao Chalein’ finds him calling the listener to travel with the wind as a sunny soundscape fills the atmosphere, excellently perpetuated by uplifting and wordless vocal harmonies.

Now, three years of maturity reflects in the music. While the EP was a trademark singer-songwriter effort, Bombay Dreams operates in a much wider musical space with carefully thought out instrumentation and arrangements. This is definitely a giant leap forward for Chake as he can glimpse something which he can call his own sound.

Besides nature, lyrical themes revolve around finding oneself, going ahead no matter what, identity crises and overcoming hurdles which shows that Chake has become more introspective as well as aware of urban thought processes of his generation. The album has important social connotations.

Even love songs like ‘Walk With Me’, where he asks his beloved to walk with him hand-in-hand over booming grooves, are not cliched.

Two tracks are in Chake’s native tongue Nyishi – a tribal dialect of Arunachal Pradesh. ‘Hugolo’ is soft and full of longing with a warm guitar solo in the middle enveloping everything in a protective hug. ‘Na Doma Lo’ is happier, with a twinkling acoustic guitar and ukulele spread over the sound. The rhythm picks up pace at the chorus but is never overbearing.

The bass and drums understand their role and stick to it throughout the album. Guitar solos, used sparingly on some songs like ‘Meri Dastaan’, evoke the required emotion beautifully and end too soon, leaving the listener wanting for more. The outro is very post-rock, and powerful, where the vocals gradually overtake the ever increasing wall of sound.

An infectious rhythm on the ukulele opens ‘Shayaad’, that is filled with questions about identity, exploration, finding oneself and destiny. The panic stemming from confusion and uncertainty is revealed on the harmonized vocal throws at stanza ends. However, the darkest track on the record is the aptly titled ‘My Other Side’ where Chake discloses his vulnerabilities. Atmospheric sounds cover the spectrum as he talks about hiding loneliness and pain behind smiles. This paints a vivid, though less noticed, portrait of problems faced by urbanites today.

The last song ‘Keeping Me From Sleeping Tonight’ is a crude anti-climax to the entire album. It seems like it has been brought straight out of the Stooges guide book of disturbing-yet-beautiful punk rock. It carries a prodding element of danger and dirty fun.

The 10-track album, clocking at roughly 35 minutes, is worth a place on the record shelf. Though the charm of the same formula of using only acoustic guitar or ukulele to open a song wears off after the first two (he does it on six songs), it can be forgiven due to the record’s inherent beauty and honesty. An under-current of melancholy can be seen, but hope has a bigger share, thematically.

Four songs each in Hindi and English and two in his native Nyishi gives the album a truly glocal identity, another indicator of cultural migration and cohesion. With very relatable connects to the youth, Taba Chake’s Bombay Dreams can easily be mistaken for the soundtrack to a progressive, coming-of-age film.