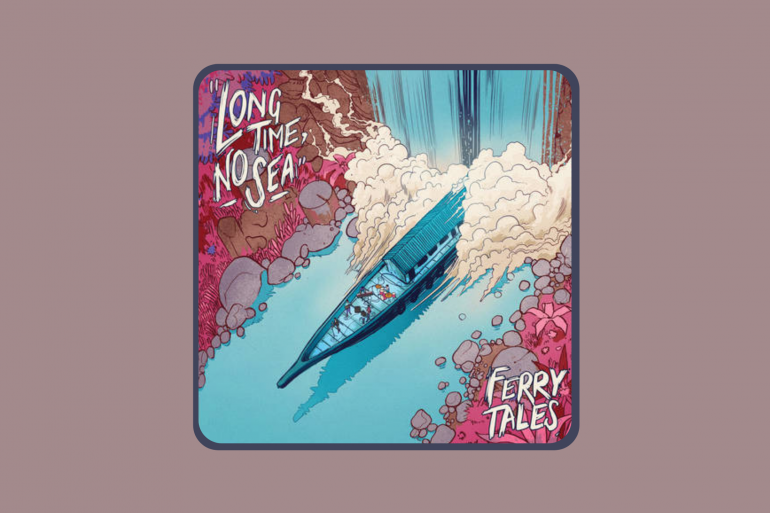 Ferry Tales crank up the energy on Long Time, No Sea

As much as we would like to think that all art and creativity stem from irreplicable subjective experiences, we know that the evocative nature of the media we consume is not inseparable from formulaic or empirical considerations. Specifically, in the context of music, every decision to evoke distinct emotions tends to boil down to either the compliance with or subversion of anticipation. Treading this tightrope is incredibly challenging, but Mumbai-based pop-rock quintet Ferry Tales seems to have this skill down to a science.

Numerous casual jam sessions between vocalist Akshay Dakhane, drummer Nilay Singh, guitarist Nischal Chaubey and bassist Siddhant Vetekar gave birth to the project in mid-2015. The current lineup is a quintet, including Nishant Nair on keys amd Raghukul Mathur on bass. They made a name for themselves in the college band circuit in Mumbai and managed to make a dent in the scene pretty soon. This helped them grow as a band and resulted in a short but enjoyable EP, There She Goes in 2016.

The single most admirable quality of this quirky quintet is the synergy between every band member. Every section complements the rest in a way which makes it impossible to dream of them in any other setting or any other song. On first listen, the songs do come off as run-of-the-mill pop-rock songs with some interesting embellishments here and there. But with the band committing 100% to this aesthetic, we get a solid album consisting of six incredibly enjoyable songs on their debut full-length project, Long Time, No Sea.

The band touch a variety of genres over the course of the album from neo-soul and R&B to funk to pop-punk and finally, some “progressive” pop-rock. ‘Lies’ draws you in with its upbeat fusion of neo-soul and R&B. The rhythm section locks into the groove very well, making it an infectiously danceable number. It is very hard to overstate Akshay Dakhane’s incredible vocal performances not only in this song but throughout the record. The sweet timbre of his voice, along with the ease with which he traverses his wide vocal range, right up into soothing falsettos make it impossible to hate on any of these songs.

The vocal harmonies are also on point throughout the album, most evident on the track, ‘Home’. The track features themes of being lost, wanting to return to a position of comfort and stability; themes which are revisited many times throughout the album. We also get hit with the twin funk anthems, ‘Medicine’ and ‘Sneak’. Both tracks boast of fast grooves and off-kilter rhythmic switch-ups. The tracks glide from slow waltzes to wild Saturday night frenzies with such ease that they only register after the face. On ‘Sneak’, the kick drums in the song are a saving grace as they anticipate your headbanging with eerie prescience.

The mixing work on the record by Ajay Jayanthi is immaculate. The vocals are crisp and each instrument has its own spotlight. This is evident in the final two songs, where the attention to individual instruments is crucial to their impact. By-the-numbers pop-rock number ‘Strong’ soothes with a very soulful guitar solo. ‘Infinite Love’ is the most progressive sounding pop song of the lot, with an extended and sinuous structure.

The songs on this album are very familiar sounding. Whether or not this is a show-stopper is entirely on the listener. You may or may not have heard some of the musical ideas on the album but have definitely come across the lyrical themes before. But these elements do not take away from the enjoyable experience that stems from considering the album as lightning in a bottle. The songs are slightly weak in the lyrics section but that isn’t something you notice in the face of the very passionate performances across the board. Long Time, No Sea is nothing short of a fun and energetic experience and a sure-shot pick-me-up for anyone feeling the blues – or lack thereof.