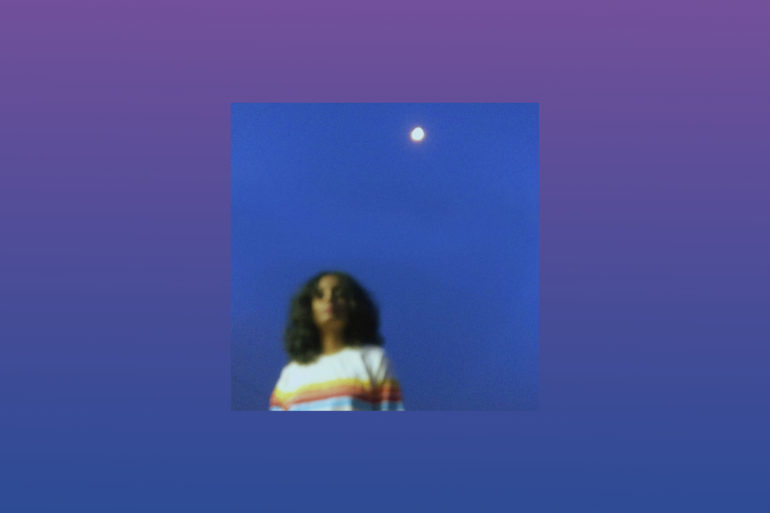 Bedroom pop was one of the breakout genres of recent years. Its booming popularity was authenticated by Spotify in 2018, with a playlist of the same name. Makeshift bedroom studio set-ups, tepid chord progressions, hazy production, and conversational lyrics became the mainstays of this sub-genre. Music algorithms ate up the new sound and helped it blow up.

From Norway’s girl in red to the UK’s Beabadoobee, the sonic aesthetic popped up around the world, making its way into mainstream music. These artists soon broke bedroom pop out of its categorical bubble, each putting their unique spin on the sound. Closer home, 18-year old Rudy Mukta’s new EP, Entropy, is an impressive debut effort, confirming that the bedroom pop revolution has reached Indian shores and is here to stay.

The 18-year old borrowed a friend’s iPad and couldn’t return it because of the lockdown, giving her a chance to tinker with Garageband. “I made all the beats from scratch”, she says. In true DIY fashion, she recorded the vocals using a hack from the Bollywood film Gully Boy. “I recorded them with an earphone mic and a tea strainer which was acting as the pop filter.”

Her decision to release the material was a spontaneous one, adding to its unfiltered, authentic feel. “It’s a myth that everybody has to have an elaborate setup to be able to record a good song. If you know how to make the best of what you have, I think you do a great job either way”, she adds.

The lead single ‘Funny’ was Mukta’s first original release, getting over 5000 streams on Spotify, a week within its drop. With clicky percussion over a warm soundscape, the vibe is reminiscent of The Love Club-era Lorde. Deceptively simple lyricism fleshes out uneasy anxiety about the insidious nature of fame. The little flourishes build the song, from the pitched “dream” at the end, to her gasping for air on “Feel like I’m falling short on breath and time”.

‘Nobody Likes You’ takes it in a darker and moodier direction. While ‘Funny’ centres around an inward response to fame, this track spills over into what it does to others with “funny how people switch”. Over wobbling bass and an eighties-sounding beat, the singer announces she’s done with two-faced people, saying “watch me play, watch me win”. Her understatedly anthemic chorus drives the point home, complete with a detached, deadpan delivery.

If the last track seemed sardonic, the next one’s got her wearing her heart on her sleeve. ‘Time’ is perhaps the most textbook bedroom-pop sounding of the bunch, complete with angsty lyrics and lo-fi production. Stripping it back over hazy guitar-strumming and aching raspy intonation, she croons “Maybe we’ll dance, maybe we’ll die/ But don’t go away”. With this number, Mukta proves she can do vulnerability just as well as she can pull off cheeky and clever.

‘Race’ marks a return to her cheerfully cynical ways. It’s a more uptempo number with quips on modern greed and capitalism atop a chiptune-esque beat. Laidback and carefree here, she brings ad-libs and spoken-word delivery that borders on rap in the second verse. It’s a nice release from the sombre-sounding ‘Time’ and it’s Mukta at her most experimental.

She finishes strong with the atmospheric and ephemeral ‘Entropy’. It’s nothing short of hypnotic, with dreamy vocals and haunting harmonies over tinkling beats. Despite the shorter runtime, this one feels the most philosophically elaborate in the collection. “I wish solipsism is real”, she sings, while the track remains fraught with her anxieties about the state of the world. This number is soul-tinged psychedelic fare, a la Willow Smith.

This collection lands more like a scrapbook, sonic diary entries of a teenager. That doesn’t make it any less serious, as she taps into thoughtful themes like materialism, hypocrisy and insecurity. Mukta’s lyricism is witty and perceptive, with simple but punchy hooks. While some transitions feel a little clunky in this EP, it does well to showcase her range, both in terms of vox and production. Entropy exudes a quiet confidence, where Mukta emerges as someone laughing at the absurdity of the world while simultaneously feeling deeply for it.