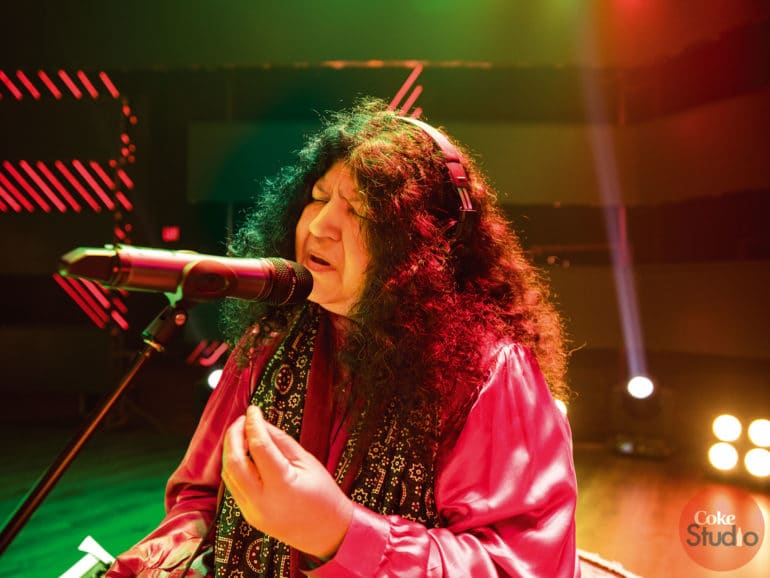 Coke Studio offers four songs in Episode 7 — titled ‘Sahil’ — but none have a lasting impact.

Shuja Haider is one of the best songwriters around, something he established again earlier this season with ‘Aatish’. He returns with a solo track that he helms, ‘Jind Mahiya’ in Episode 7, another enjoyable effort. Set on a groovy melody and instrumentation, Haider modifies his voice to suit the feel of the song. Backing vocalists Shahab Hussain, Wajiha Naqvi and Mehr Qadir shine and their harmonies add a lot of substance to the song. The songwriter proves his talent again with the composition and the melody. His singing, however, is limited and the song would have a lot more punch with an adequate singer (an interesting choice could have been Asim Azhar).

‘Balley Balley’ is a Punjabi mash-up of the songs by Abrar-ul-Haq. The addition of a lot of interesting sounds and almost a funky take to them is interesting and invokes nostalgia, but there isn’t anything more going on here. Aima Baig, who was stellar in her previous two outings ‘Aatish’ and ‘Malang’, showcasing her vocal prowess is made to take a backseat and has no real contribution.

Khumaariyan shared the stage with Zarsanga and Gul Panrra for the highly enjoyable ‘Rasha Mama’ in Episode 2. The band, however, didn’t get a lot of space or time in the track to shine. The folk-rock song has beautiful rubab and guitars, and the tempo also makes for a very pleasant soundscape. In a song with barely any vocals, the tempo builds, and Khumaariyan’s rubab and percussion lead the way in demanding the listener’s attention.

Legendary Abida Parveen croons the words of Hazrat Bedam Shah Warsi’s kalaam in ‘Balaghal Ula Be Kamalihi’. Relying on Parveen is a safe bet, especially when she would be singing solo. Her powerful vocals make you want to forget everything and just enjoy the experience. The house-band does a good job accompanying the singer with the string department (Haniya Aslam features again on the Baglama) and drums shining in particular. It is controlled performance from everyone involved.

The seventh episode of Coke Studio is average at best, with nothing memorable to take away from it. As a relatively unsuccessful Coke Studio season edges towards the end, we’d hope the next episode has more to offer.