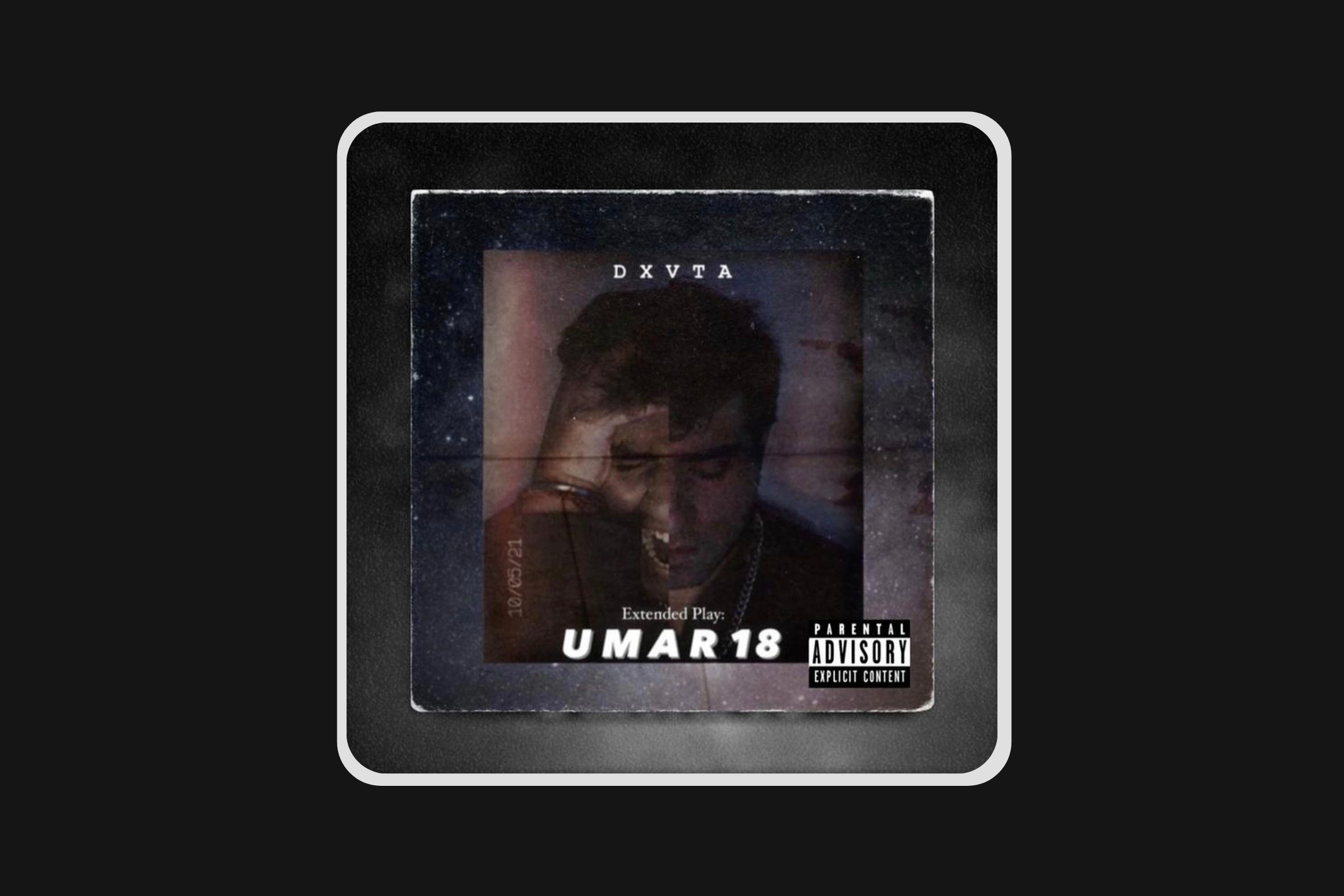 New Delhi hip-hop artist Dev Kumar aka DXVTA calls his songs “bangers.” This is not the kind of insight you glean from speaking to him or even just browsing through his social media pages. This is a statement from the young rapper himself, placed in his press kit. This level of confidence bordering on bravado and even naivety can be overlooked once you jump into his the stories he tells you on his debut EP Umar 18.

The Hindi rapper sources beats from well-followed international producers like Pendo46, CapsCtrl and Depo, so there’s nothing lacking on that front. Instead, you can watch for DXVTA’s ability to make the music his own with his chaotic, openhearted delivery. The thematic thread which runs across Umar 18 is the story of a child with a rough upbringing who, according to the rapper, chooses to live with humility and sees his growth in the music industry.

He teams up with producer-drummer Nishikar Chhibber for a tumultuous, ominous opening track ‘Cheekh’, which drops listeners right into stories of child abuse and having a nurturing mother. The bassline makes for an instant head-nodding rhythm, as DXVTA goes over his story. Battling mental health issues but holding on for the sake of his mother, the rapper is heartfelt when he sings “mein doob raha hoon” on ‘Khwaab’ in a style that’s reminiscent of XXXtentacion. He takes that wonky acoustic guitar-inflected sound into ‘Wafa’, on which you can sense he’s irate and a little more angrier in his tone, although peppered with ad-libs to keep things buoyant.

DXVTA fires off fast and true on ‘Humble’, packing in as much as possible in three minutes, gunshots and all. It presents a more self-assured side to the rapper but in terms of Hindi hip-hop, it doesn’t offer anything too unfamiliar  even if it fits well into the narrative of the EP. ‘Umar 18’ is the track that the whole EP intends to build up to, with the rapper telling us about where he stands at the age of 18 and setting up the life he wants.

Even on the title track, there’s a lot that doesn’t set DXVTA apart from the current crop of Hindi hip-hop artists in terms of cadence or beat choice. What does come through on Umar 18 is the rapper’s honesty and commitment to telling a story the best way he can – from the heart.