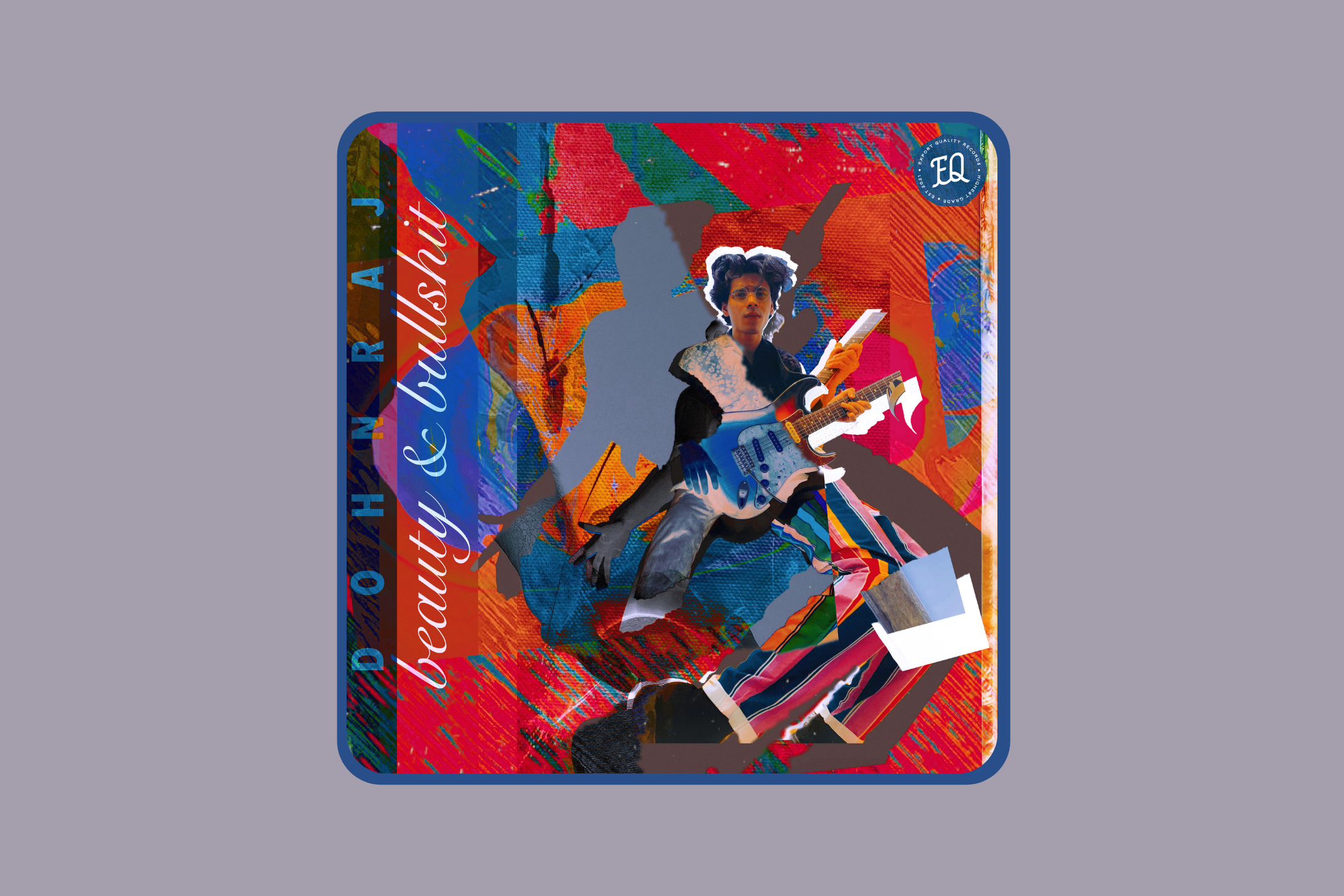 On his first full-length release beauty & bullshit, Delhi-based singer-songwriter Dohnraj rides a nostalgic wave of 80s post-punk and touches upon a sentiment that’s equally predictable and refreshing. After chasing perfection in his music-making methods for some time, Dohnraj has finally decided to let go of idealism and resort to liberal ways of breathing life into a record.

Soaked in new wave goodness, the 10-track album is a set shortlisted from a bigger collection of thirty. In this stark, glossy world that Dohnraj paints with vintage, synth-pop atmospheres, his vocal delivery easily takes the front seat.

A fitting example would be the opening track, ‘make a life feel special’, in which Dohnraj sets the mood for the rest of the record with the lines, “The world is just a load of bullshit and beauty.” The musician shares that this track speaks to his consciousness and expresses the most authentic of his feelings, a consequence of an impulsive songwriting session, which is easy to imagine as one progresses through the list.

Inspirations from Dohnraj’s personal life give shape to ‘don’t tell me love is letting you go away’ and ‘a heart is hard to come around’, which boast jagged hooks and zesty drums, but still tease out wistful, romantic sentiments at its core. On the other hand, ‘all is all that’s all’ is essentially a no-thought, feel-good capture of the artist’s reaction to a rainy day, backed by beachy tones and a delicate xylophone lead, all screaming impulsivity. ‘gimme some money! & don’t ask for anything in return’ doesn’t exactly hop onto this sentiment, but actually spells out a meaningful insight. The track can be considered a witty, twisted response to the Beatles’ ‘Money Can’t Buy Me Love’. It conveys that none of what he has, can in actuality, buy him any money.

Musically, Dohnraj mentions the likes of Talking Heads, The Cure, The Bowie Berlin and Prince’s self-titled album as major inspirations for the record. However, most of these influences are only prominent in the second act, shifting the sonic course of the album significantly. ‘you’re fine’ for instance, features new-wave synths and wide drums to hold your hand throughout the hopeful journey of the song. With the onset of the chorus, you’re left alone to chase a dream, wide and confident, with the support of a glittery synth scattered over like rain, which fits perfectly into the mix. If this score makes you dream, ‘overthinker’ makes you dance (the irony of which stands out as much as the track itself), even if you don’t know how to.

The no-care sentiment is carried forward onto ‘one more day’, which offers a cliché albeit fitting keyboard-lead riff, and ‘right beside you’. It sets us up for the closing act. The album arguably peaks in the middle and the end, with ‘i’ll have to try it first’, where echoes of new wave whitewash the listener’s current mental discography. Unexpectedly soft and pleasantly slow, the closing track acts as a welcome breather, relieving the listener of a possible jet lag; carving a space for itself in the world that it birthed.

In its entirety, Dohnraj definitely makes a bold statement with this album, right from the cover art which was inspired by the iconic neo-expressionist Jean Michel Basquiat, to the philosophy he lives by. However, while the DIY-style production has a certain charm that grows on you, you can’t help but sense the lack of a good mix at the peaks, where it’s needed the most. Once you get over its jagged edges though, this is an incredibly exciting listen; there’s much anticipation for his next set of releases, given the potential it surely carries. As of now, beauty & bullshit sits comfortably, loud and unbothered, in a fairly untouched space in the indie music scene.