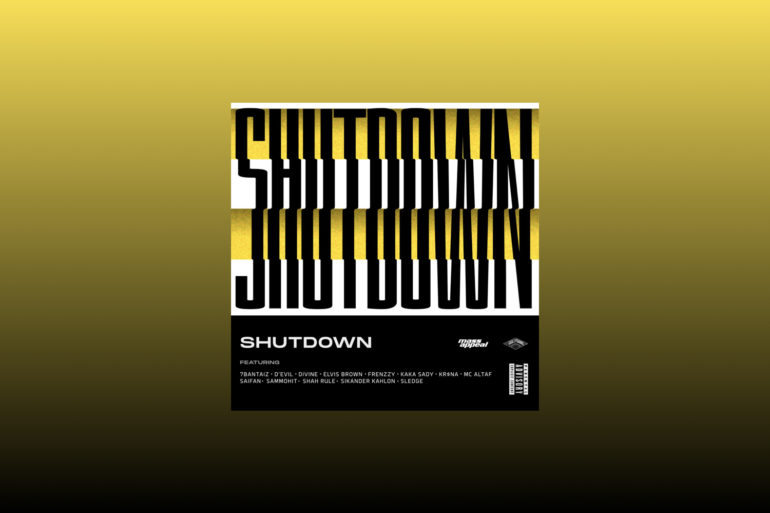 The wheels to an Indian hip-hop showcase of such stature has long been in the making. Over the last year, Divine has been carefully curating promising and proven emcees from the circuit and inducting them into the Gully Gang family. And even though COVID-19 played spoilsport for the music industry, Divine and his partners-in-rhyme unite to find the inspiration amidst the rubble.

A look through the names on the track-list makes it clear that the Avengers-like line-up that lies within is a force to reckon with. The album kicks-off with ‘Brinks’, a cross-cultural gangsta-rap tale. A sinister siren sets the tone at the intro as California emcee Elvis Brown trades tales of drugs and debauchery with Mumbai’s MC Altaf and D’Evil.

On ‘Bas Kya Ba’ the rap family offers you a song that you can’t refuse. Built upon a tune reminiscent of the Godfather theme the track sees D’Evil and 7Bantai’Z deliver lessons on hustling, before Divine roars his way into the record. Experiments with dubstep and metal elements make the drum-charged banger fit for a moshpit too.

If the Gully Gang unit seems like a close-knit family, Divine is quite undoubtedly the Godfather at the helm of it. On ‘Bag’, Divine brings along KR$NA, a seasoned battle rapper known to punch out opponents with his disses.

On ‘I’m Sorry’, Punjabi rappers Sikander Kahlon and Kaka Sady bring along laidback confidence that feels like a northern heartland meets 90s West Coast vibe. The track ‘Flavours’ fills in as the synth-driven club banger as Sammohit flows free and MC Altaf keeps you hooked in.

The cult of Gully Gang is built upon the bricks of loyalty and unwavering support. The super-crew prides itself on wearing their hearts on their sleeves and their allegiance on their bandanas. And a testament to this brotherhood and its journey is ‘Bandana Gang.’ Divine hums “Karte hum gully mein hang. Bolte hum gully ke slang” as he marks out his selected entourage and loyal allies.

The release reserves its most socially conscious piece for the close as ‘Nahi Pata’ draws the curtain. Built upon a Shah Rule and Xplicit beat, the track sees Gully Gang address issues like societal divide, education and poverty. In a world battling with Covid-19 and protests, corruption, the politicization of subjects and a lack of human empathy, ‘Nahi Pata’ captures the sense of despair that engulfs us.

Shutdown is a culmination of years of toil, scouting, support and vision from Divine & co. made for you to bump at home during the lockdown. The EP should not be viewed as a solo Divine effort (who only appears on four of the eight tracks) but instead as a celebration of the journey that has been Gully Gang.