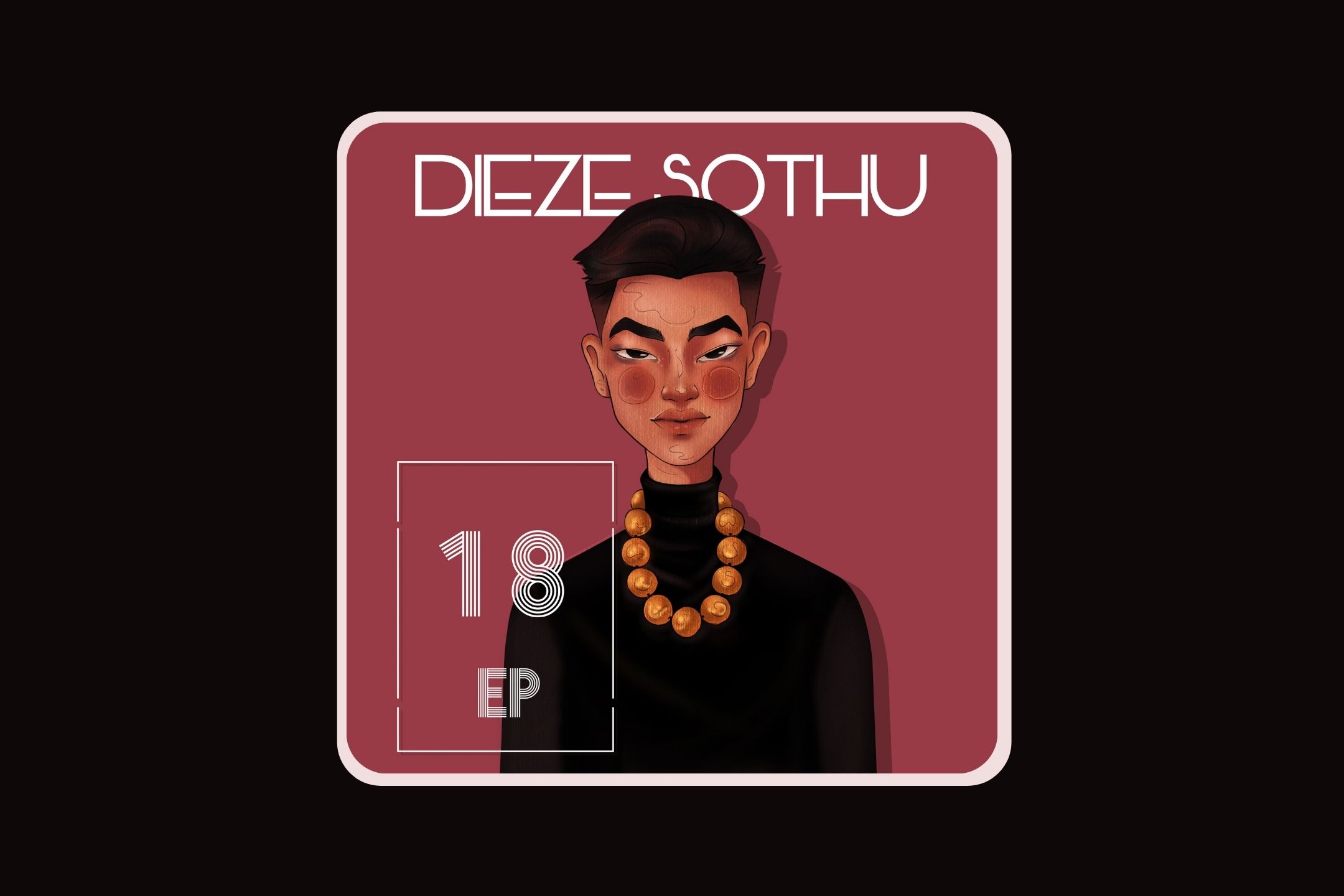 Dieze Sothu colours comfortably within the lines on his debut EP

Budding singer-songwriter, Dieze Sothu, has arrived with his debut EP, 18 – a project that’s been in the works for a year and seven months now. The quaint, indie-acoustic catalogue features 5 original tracks. Pleasant acoustic guitar riffs, accompanied by sparkling percussion take centre stage on the tracks, ‘Eighteen’, ‘Greatest Myself’, and ‘Worth It’. ‘Forever’ and ‘Pave a Way’, on the other hand, prove to be a couple of heartfelt piano ballads. But charming instrumentals aside, it’s Sothu’s whiskey-rich voice that keeps you engaged; the music is familiar but the voice is mesmerising.

Earlier in May, Sothu took to Instagram to pen his thoughts, announcing the release of his debut EP. He wrote, “Here’s your small local striving musician who loves and enjoys creating music; the list of songs on my EP are the unspoken words conveyed in the form of songs with the melodies that play inside my head”.

Add to this the little confession he made back in 2018 in an interview with The Eastern Mirror, and it is clear why his music runs around carefree within the realms of the “indie singer-songwriter”. He confessed, “My all-time favourite artist will no doubt be Ed Sheeran. I admire him for his skills in writing and producing great music and also the way he performs with just his guitar.”

If one were to break down each track on this project, you’d be left with a pretty (but familiar) skeleton of all the elements that pepper some of independent pop music’s most popular tracks. ‘Eighteen’ features a steady, major-key acoustic riff that is bound to get your foot tapping and your head nodding. It focuses on young love, a timeless theme that always leaves the heart moved. ‘Forever’, which features strings in tandem with an airy piano piece, shines a light on Sothu’s gritty and mature vocals, crooning the promise of forever.

‘Greatest Myself’ makes a departure from the notion of romantic love and focuses some of that energy inward – a confession of self-love and self-confidence; once again, this one’s primed to be an acoustic ear-worm, what with its cheery instrumentals and optimistic message. ‘Pave a Way’ and ‘Worth It’ bring it back to the territory of love and romance, featuring a few lines in Sothu’s native language – a pleasant accent to the music if picked up on.

Much like his persona, the EP, 18, is a welcoming and accommodating piece of music. Primarily spotlighting romantic ballads and hopeful numbers, it’s a musical effort driven by the artist’s self-professed passion for honest storytelling and expression. The problem is that it’s all a bit too comfortable. While the sincerity is ripe and the production neat, Sothu colours so far within the lines, that the pleasant rap on ‘Greatest Myself’ – a familiar element in indie-pop music – seems like the biggest disruptor on this EP.