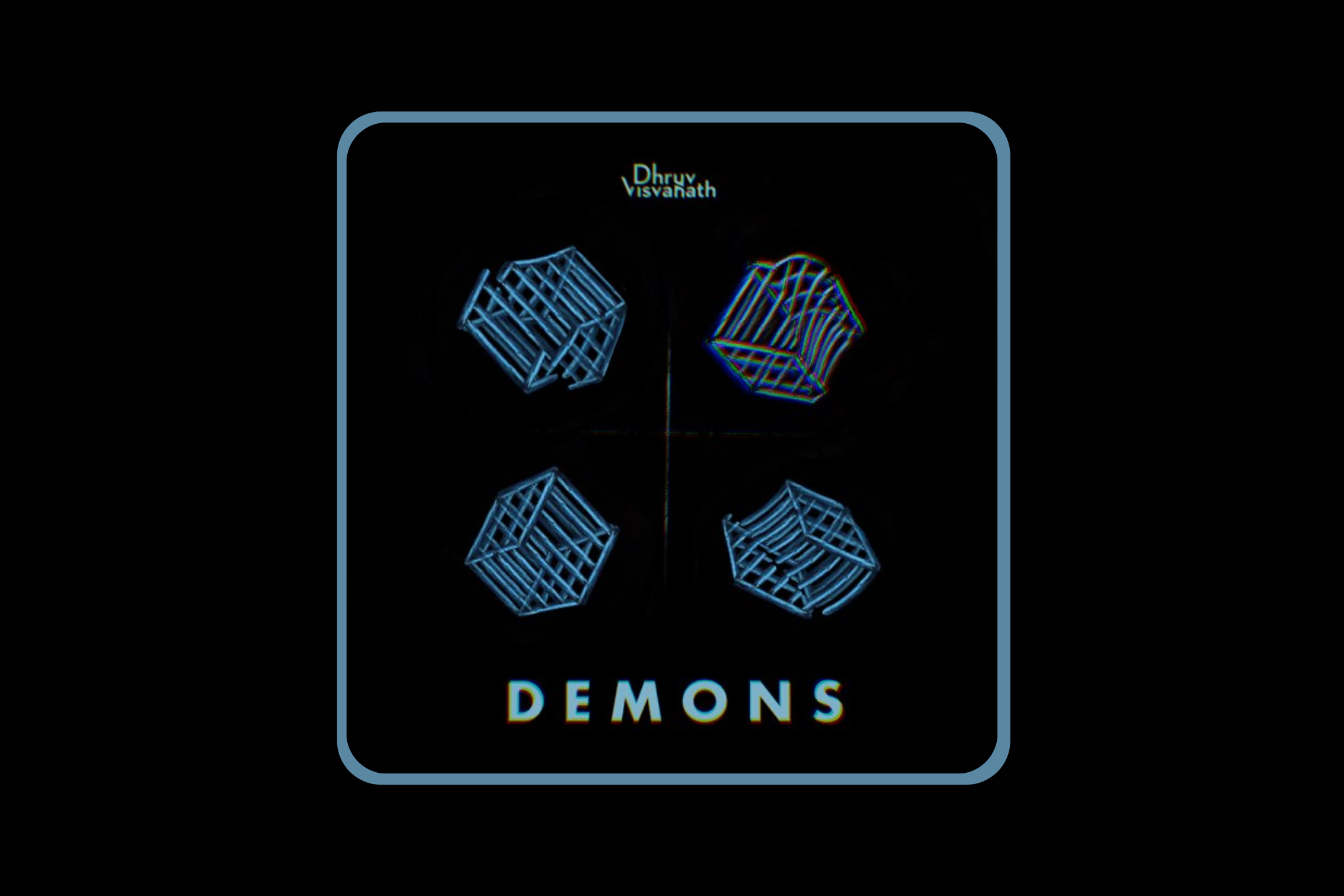 Dhruv Visvanath’s Demons represents an inspiring acceptance of the self

For listeners, relying on an artist’s sound becomes par for course; predictability becomes a source of comfort. Over time, artists themselves begin to cater to that sound, colouring within the realm of the tried and tested. But then, there are those, whose artistic explorations push them out of that realm.

Retaining a signature but allowing it to transform, evolve and grow at the same time is a difficult balance to strike—one that Dhruv Visvanath attempts in earnest with his new EP Demons. Of course, the four-track release has been many years in the making; an eventuality of sorts. And, here we are—‘Monster’, a track that Dhruv has been performing live for over two years now, ‘Fly’, a late 2021 release, ‘Suffocation’, and ‘Impact’.

Teeming with all the signatures that usually make a Dhruv Visvanath project—intricate arrangements, gritty and rhythmic acoustics, powerful vocals and layered and abstract songwriting—Demons is a combination of the old and new. And, while self-reflective songwriting is not an alien concept to Dhruv or his listeners, Demons surprises; primarily because of its honesty.

Darker, more deliberate and replete with renewed vulnerability, every one of the four tracks on the EP takes Dhruv’s musical purpose of “healing”, further and further as he faces his fears with every line.

‘Fly’, the opening track, sets the stage perfectly. Complete with an electrifying hook, powerful starts and stops and the artist’s purposeful vocals, it’s one of those songs that pushes people to listen, and in some cases, even act. “It’s time to fly, I’m sick of questions why. We’re nothing without sin, I’m not your paladin,” are perhaps the lines that personify the track’s intent most clearly. It’s time to break free. Or as Dhruv himself says, talking about the writing of ‘Fly’, “Like any bird in a cage, a small gap is all one needs. To escape. And I can only hope that my wings can take me that far.”

The previously released single, ‘Suffocation’, arrives next. Heavy title and theme aside, this track is arguably the most reminiscent of Dhruv’s well known “happy” persona, sonically. His signature guitar work takes centre stage, supported by an earworm of a melody, rhythm that provides just the appropriate momentum and funky bass. The only downfall? For a song that speaks about “breathing freely”, the lyrical abstractions are far too distracting to make for a welcoming listening experience.

But this very fact is quickly mended in ‘Monster’, an eerie and chaotic song that speaks of embracing one’s demons and darkness with evocative and pithy songwriting. Violins, haunting harmonies, and rock guitar riffs run into each other, adding drama to the moment, making room for the theatrical on the EP.

‘Impact’, the closing track on ‘Demons’, starts sombre and quickly moves into the acoustic roots that anchor Dhruv. On this one, he poses the question: “Am I too weak to start again?”—a thought that spurs evolution. ‘Impact’ brings the EP full circle, closing the loop on this exploration of fear, anxiety and meaning. The artist’s vocal throws shine on this track, resonating as more powerful than ever.

Demons is a self-professed project that sees Dhruv facing his fears, in a manner never attempted before. But it’s a first try that is difficult to poke holes in. This EP is, perhaps, the perfect example of what happens when an artist sticks with their craft, no matter how difficult or unsatisfying it may be at times, when you’re finally ready to fly, the music will be your wings.