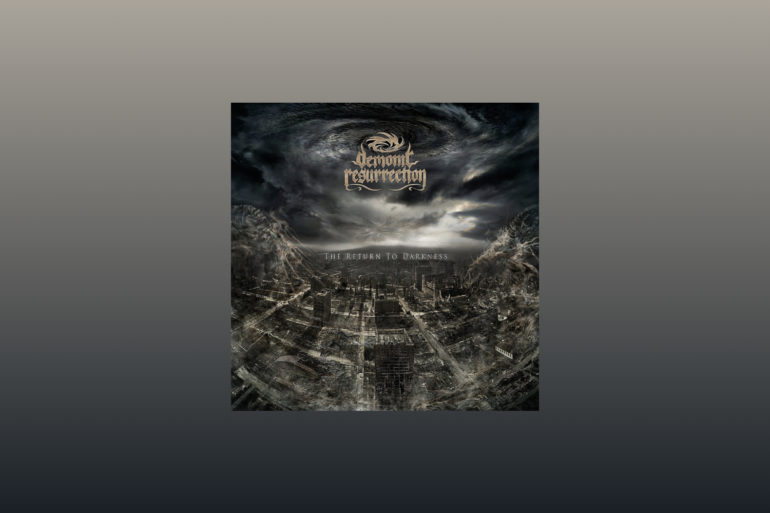 Demonic Resurrection round off a trilogy with The Return to Darkness

In the year 2010, Mumbai’s Demonic Resurrection and its self-styled brand of “demonic metal” – along with everything else frontman and founder The Demonstealer aka Sahil Makhija built into the demonic brand (studio, label, even his sign-off) – was celebrating a decade in existence.

The third full-length album, The Return to Darkness was receiving a wider release via U.K. label Candlelight Records, which made the band labelmates with formative influences such as Emperor and its frontman Ihsahn. But Demonic Resurrection’s blackened death metal tag was about to change with The Return to Darkness.

The third and final part in their ‘Darkness’ story arch – following 2005’s pathfinding record A Darkness Descends and 2007 EP Beyond the Darkness – saw some stylistic changes and a significant production overhaul that led to The Return to Darkness sounding way more polished than anything Demonic Resurrection had put out before. Add to that the addition of new lead guitarist Daniel Rego ripping out the solos and nailing all the intricate riffs that Makhija would conjure and the album became an essential part of the band and Indian metal history.

It was one that the band clearly put a lot of effort behind, keen for the global push after a decade spent trying to become known in India. It’s not that easy to market yourself when you’re an extreme metal band, but Makhija knew he had to try. The music itself was also a leap towards something much more accessible on some fronts. For example, Makhija’s clean vocals occupied a lot more space. Sure, ‘Where Dreams and Darkness Unite’ was the perfectly visceral opener to the record, but the addition of a clean vocals-led bridge meant that this was an indication of future direction.

The album shines a light on different aspects of Demonic Resurrection’s sound – from the serpentine, ominous keys by Mephisto leading the way on ‘The Warrior’s Return’ to the ecstatic grandiosity that is exuded on ‘A Tragedy Befallen’, complete with whispered vocals and an unshakeable guitar lead.

Their lead single ‘The Unrelenting Surge of Vengeance’ became one of the most visible things to come out of India’s metal scene at the time. Its music video even aired on TV (which was a big deal given the kind that programming dominated Indian airwaves at the time). Stomping and suitably frenetic, ‘The Unrelenting Surge of Vengeance’ ticked all the boxes for Demonic Resurrection, and anyone who dug metal in general.

On the record though, the band was more in their element when it came to songs like ‘Bound by Blood, Fire and Stone’. The horror-inducing guttural growls find their place amidst drummer Virendra Kaith’s unsparing double bass assault and bassist Husain Bandukwala adding to the heaviness with Mephisto’s keys. Songs like ‘Bound by Blood, Fire and Stone’ and ‘Dismembering the Fallen’ were made for the stage, to wreak havoc with all their structural twists and turns. The epic 11-minute song ‘Lord of Pestilence’, however, probably remains a favourite for the band and the genre’s diehard fans and not something that one can just put on at any point. It remains vivid but laborious listen still.

Keeping with the thematic elements of warriors and mega-showdowns in a somewhat mythic realm, the machine gun-drumming and regal keyboard work of Kaith and Mephisto ensured that songs like ‘The Final Stand’ set just the right mood. ‘Omega, I’ brings one final push, perhaps revelling in metaphors of a guardian crushing an arch-nemesis of darkness. Technical wizardry and glimmering orchestral arrangements included, Demonic Resurrection had proved what it wanted with The Return to Darkness. The album has aged quite well for anyone who wants to hear the band at the cusp of evolving and permanently finding their place in the global metal sphere.