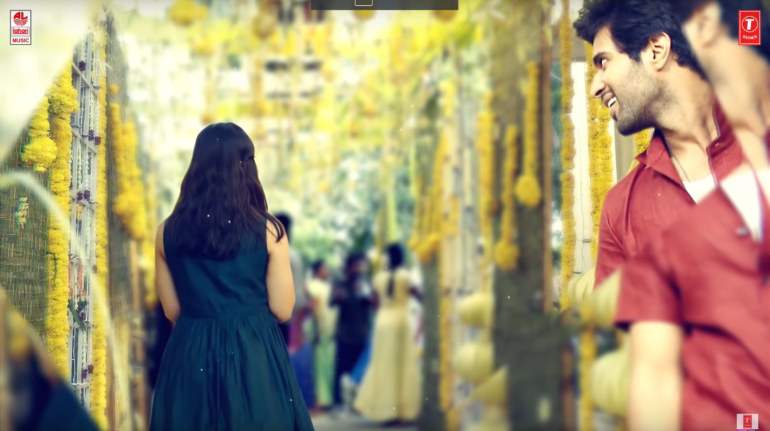 Justin Prabhakaran has had a very consistent run in Tamil music since his debut in the 2014 film Pannaiyaarum Padminiyum. With few and far between releases, that were predominantly obscure or niche, he kept promise alive with the kind of songs he delivered consistently. He already made a mark this year with some lovely songs and score for the hit comedy-flick Monster. Perhaps this is the year all his promise comes to fruition, thanks to successive and well-timed (commercial) hits. Dear Comrade is his debut in Telugu, but is also dubbed in all the other three south Indian languages. Karan Johar recently announced on Twitter that he is going to make this in Hindi as well. Ergo, Dear Comrade announces Prabhakaran’s arrival in style.

The best thing about Dear Comrade soundtrack is that it works in multiple languages, not just in Telugu. It is Justin Prabhakaran’s best work till date, and one that is going to be hard to supersede.

It is no mean feat to get things right across languages. The crew has clearly put in a lot of effort, starting with music festivals across major cities. There are some clever decisions in the soundtrack too that help this effort. Take the ‘Dear Comrade Anthem’ for example. The to-the-point-titled song goes the extra mile roping in happening actor-stars from respective languages – Vijay Deverakonda handles Telugu, while Dulquer Salmaan and Vijay Sethupathi do the honors in Malayalam and in Tamil respectively. The rap artists (primarily Stony Psyko and MC Vickey) are very effective here, though not as much as the brass, pipes and horns that cue in at the right places.

A better example is perhaps the case of ‘The Canteen Song’. The template college song is quite groovy – and very much a tune that a bunch of students could fancy and dance to. But Justin’s nifty touch lies in recruiting fantastic upcoming composers to render the song in each language – Karthik Rodriguez in Telugu, Nivas K Prasanna in Tamil, Charanraj in Kannada and Jakes Bejoy in Malayalam. The song easily works the best in Telugu.

On the other hand, ‘Nee Neeli Kannulona’ is singer Gowtham Bharadwaj’s show in all its versions. The composition is a warm lullaby – Justin evokes early AR Rahman days of ‘Kollayile Thennai’ or ‘Then Kizhakku Cheemayile’ here. Lyricists Rehman (Telugu) and Karthick Netha (Tamil) contribute immensely to this song, and to the soundtrack in general.

‘Yetu Pone’ works by virtue of arrangement, though not adequately supported in the vocal front (save for the version featuring Sooraj Santhosh). The orchestration is splendid in the interludes – Seenu wields Esraj/Sarod and other string instruments used in the album so well.

The album has more than one celebratory/wedding track, the first of which is ‘Maama Choodaro’. The song transitions to deceptively slow phases at times, but it is largely fun-and-frolic aided by a fantastic rhythm. It is lovely to hear Naresh Iyer in this genre after long. ‘Kadalalle’ (‘Pularaadha’) was an instant hit, as early as it glimpsed in the film teaser. Sid Sriram is a delight in all the versions of the song, but it is the brilliant Aishwarya Ravichandran who scoops the song. The way the song builds up to its anchor phrase ‘Pularaa Kaadhale’ is easily one of the album highlights. Once again, Rehman and Karthick Netha indulge in fantastic imagery, metaphor and hyperbole.

Saving the best two of the immensely likeable lot for the last. ‘Gira Gira’ feels like a fitting re-imagination ‘Genda Phool’ (Delhi-6). Interestingly, the opening onomatopoeic phrase (for the turning of grindstone) is retained (and works) in all but one version. The song operates in two moods. The celebratory mood is evident from the get-go, but the song reveals its identity in the incredibly sweet

The last line is true of the entire album; it easily wins the listener with appealing variety, melody and madness in equal measure.