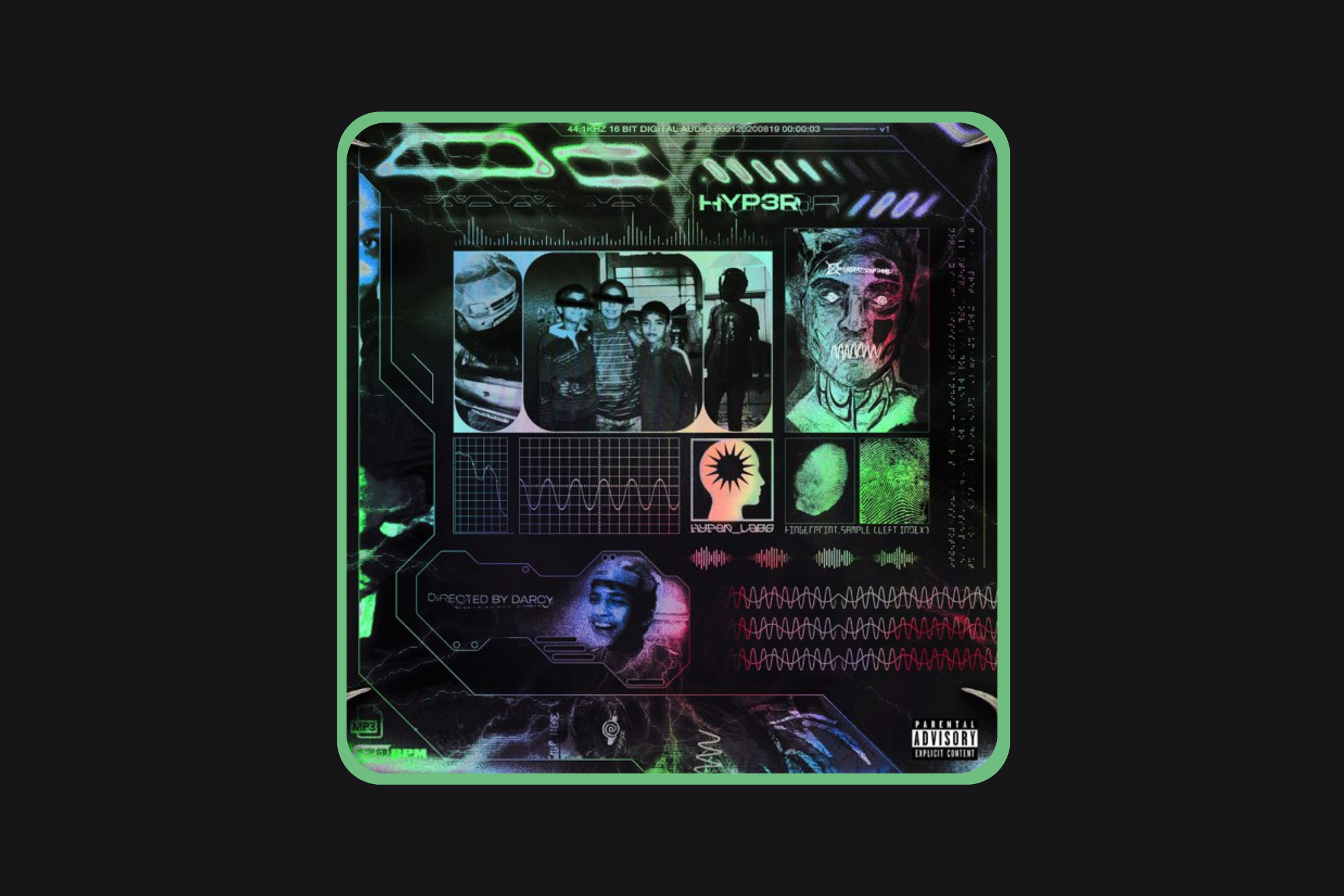 From being merely a footnote in the annals of the Indian independent scene to gaining full-on commercial momentum, Indian hip-hop continues to uncover artists who go against the grain and chart their own courses. One such artist is New Delhi-based rapper Darcy, whose debut full-length release Hyp3r is an interesting and fresh take on the genre. Coated with melodies, heavily dependent on his unique, heavy on melody vocal delivery, Hyp3r is not groundbreaking, not by a long shot, but surely demands attention and gets it.

What marks Darcy out from his contemporaries in this genre is the fact that he outstrips them with his gift for vocal melody, which he makes ample use of throughout the album. This comes at a time when hip-hop and rap have become synonymous with spitfire, barking out the lyrics kind of vocal delivery.

The opening track, ‘S4NN4T4’, creates an ambience of isolation, and then suddenly hits you with a skit full of peer pressure and mockery that one usually faces if they dare to think of a life away from the so-called norms of society.

The following track, ‘JADUI PARCHA!’ featuring fellow New Delhi rapper D₹V is a cathartic, psychedelia-laced track that speaks about the acceptance of self-doubts and embracing your own chaotic self by laying to rest the conflicts within.

‘SRCC’ is where the album goes all Kurt Cobain talking about subjects like teenage angst, parental conflicts, peer pressure, and going against the grain. ‘CR4ZY’, brings forth the dark underbelly of Delhi and the culture of violence and power-play that grips it by talking about the Nithari serial killings and the Jessica Lal murder case. Follow-up tracks “PUR4NI J3ANS” and “OH!” dabbles in the nostalgia of the initial days, and the hurt of heartbreak.

The overall theme of the record remains constant with Darcy’s tryst with life and coming of age while growing up in two vividly different cities, Mumbai and Delhi, which is what is reflected in songs like ‘P3RF3CT’, ‘KAAAFI!’, ‘BPRWH’ and ‘N33LA’. Experiences and emotions that cloud a lot of us in the current day and age—self-doubt, self-harm and going too hard on ourselves, insecurities stemming from thoughts of getting one’s reputation tainted, a sense of regret for reckless actions in the past, and manning up to them and chasing inner peace.

The album clocks out with ‘P1L0T’, a sort of adieu to an old friend, with whom you spent the good and the bad time. A friend that saw you grow up from an angst-filled rebel to a mature and rational being. The friend that made you feel like an outcast and a stranger before they embraced you, making you feel like being at home.

All in all, the Hyp3r is not ground-breaking, and will not kick-start a revolution, but it is a pretty good effort and a decent work in progress that does leave its mark and makes the listener interested in things the artist will churn up after this.