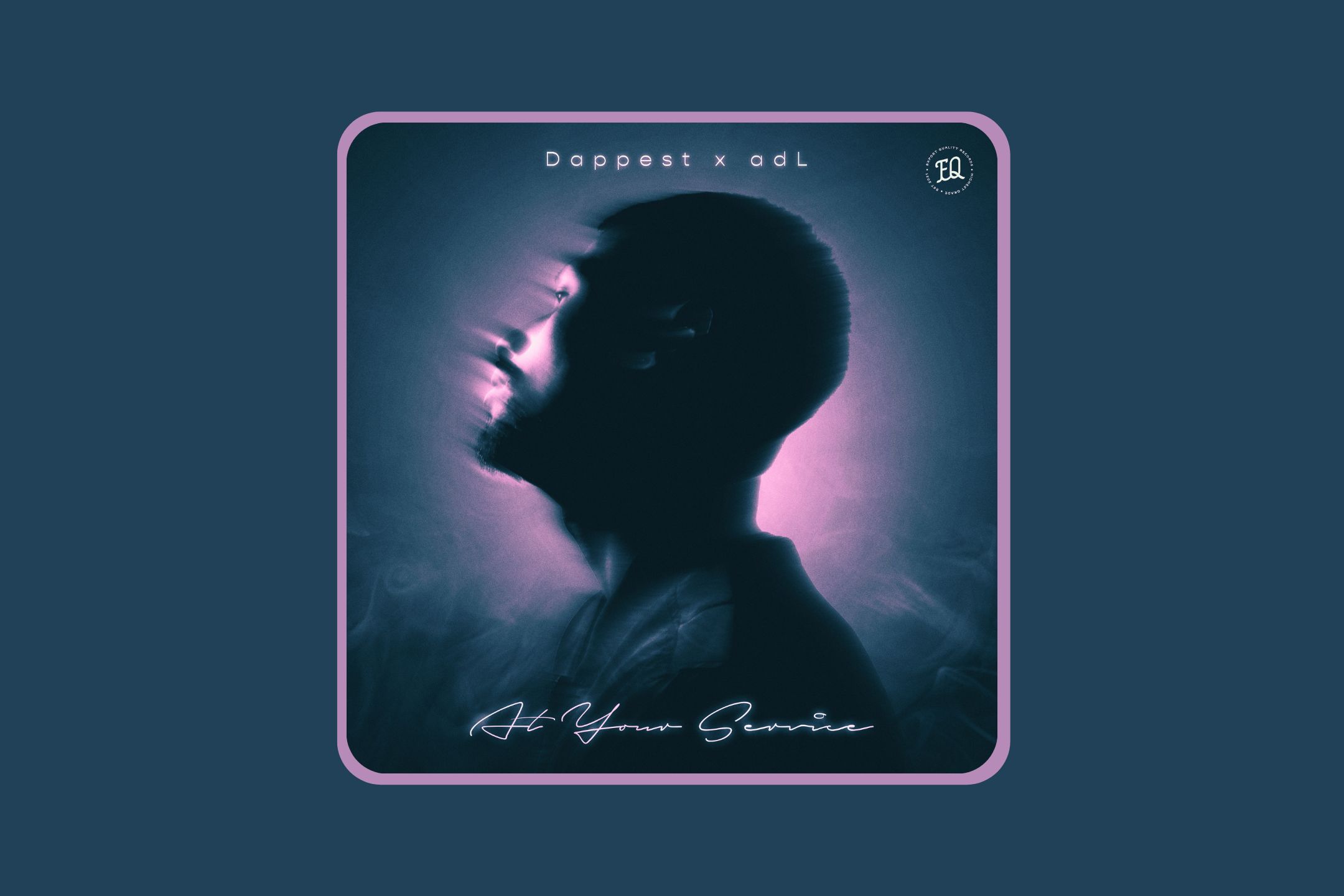 Two and a half years in the making, At Your Service is the debut album from the promising duo—rapper Dappest (Dapher Laloo) and producer adL (Adiel Massar). Quoted as “a reason to serve the listener a platter of a wide range of genres”, the record incorporates some tropes crucial to both hip-hop and R&B, and lightly dabbles with afrobeat and dance music. The 11-track release features varying degrees of experimentation, trying to do justice to the genres on display while retaining a sense of originality.

From the outset, the record presents itself as a well-assembled body of work that belies the duo’s recency. From the short fuzz-heavy intro, the album swings into gear with ‘Wishes’. Pushed as the record’s lead single with its own music video, the track’s allure is immediate with a catchy vocal hook that’s bolstered by a great bassline. ‘GYSO’ cranks up the tempo into Kaytranada territory, with some direct references to the Justin Timberlake and Timbaland banger ‘SexyBack’ (“Get Your Sexy On”).

‘GoLo’ takes us back to mid 00s R&B, while Dappest is on song with delicious vocalizations in ‘Shady’. ‘Masterpiece’ is the record’s mid-point and the first real switch-up, utilizing retro-fitted synths and 80s aesthetics à la Mndsgn, while ‘Blu’ brings the record back into more traditional R&B. ‘MADAZ’ and ‘KoKo’ are exercises in afrobeat and dembow, while ‘Zone’ is the LP’s dance music closer.

The duo use nostalgia and familiarity as an effective weapon throughout, a recurring carrot on a stick that leads the listener from one song to the next—be it references to Rick and Morty, Tupac and G-Funk, or the extremely literal “Keep riding that bass like a Thundercat” on ‘Masterpiece’. This familiarity extends itself into the melodies, vocal or otherwise.

Positioning himself as a rapper, it’s Dappest’s singing that is a real eye-opener. The melodies and harmonies really suit his range, while his delivery puts him on par with the artists he tries to emulate. ADL’s production choices are excellent throughout. Lush instrumentation and intensely well-constructed beats that don’t get busy and chaotic, add character and depth to the genres being referenced. Sometimes even to a fault, seeing as a couple of tracks could do better if they were thrown in a blender and messed with.

Like most records of this length, there is a tipping point. The pool of ideas, deceptively shallow, starts to run dry. Tracks like ‘Toppa the World’ are mere fillers, which is fine. Every song need not be a game-changing hit, and that’s fine. The lyrical content is almost an afterthought, nothing being said that hasn’t been before, and “high like birds in the sky” is definitely a lyrical low point on the album. And that is fine. Overall, this is an extremely promising start for a duo looking to make a dent in a style of music that has already been inundated with far worse, and one only hopes for more to come. They’d be doing themselves a favour by fucking around and finding out.