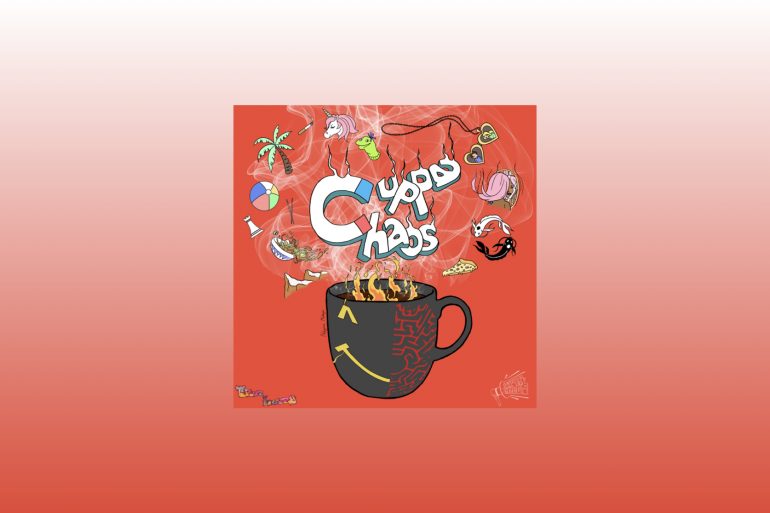 Cuppa Chaos, the debut album by Kolkata-based rock band Trap Happy, is an amalgamation of grooving basslines, fuzzy guitars and a sound that is as much a nod to the classic rock of the ’80s and ’90s as it is a product of contemporary pop. Doctors by day and rockers by night, Trappy Happy comprises of Kasturi Biswas on vocals, Unmesh Chakraborty on bass and backing vocals, Jit Bhunia on guitars and Sunit Sikdar on drums. Assembled over the past four and a half years, Cuppa Chaos’s six songs tackle a range of subjects, from evil lookalikes to sickeningly cute couples who share their every moment together on social media.

Opening with ‘Alien Doppelganger’, the high-octane song features crunching guitars from Jit and powerhouse vocals from Kasturi. The lyrics explore the subject of the darkness that lies within all of us, a version of ourselves unhinged. There is a kind of retro energy to the song, yet the crowded vocal section gives little time for the listener to digest the lyrics, while the chorus, filled to the brim with various parts, could have benefited from a simpler arrangement that allowed the grooving bassline to accentuate the lead melody.

The second track, ‘Laced and Trippin’’, manages to capture the woozy feeling of a recreational high that its title alludes to. However, once the rock section kicks in, the drums and guitars seem to be competing with one another rhythmically, creating a jarring effect. Other parts of the song fare better, including an arpeggiated guitar line that dances underneath the arrangement and an old school-sounding guitar solo from Jit that pays homage to the iconic performances of Slash and Eddie Van Halen.

Trap Happy’s pop influences are most visible on third track ‘High’. While the lyrics are a straightforward take on a classic theme – the experience of getting down on the dancefloor: “Come and move your body, let’s make no mistake, we’ve gotta sing out loud,” the funk-rock arrangement injects the tune with an interesting flavour.

The heaviest tracks on the album, ‘Mindfunk’d’ and ‘Sway Through’, seem to be the most directly influenced by the band’s years of playing rock competitions and college festivals. The aggressiveness of their sound is laced with optimism; on the latter track, Kasturi urges to listeners to “sway through this disarray, sway through this troubled time”. Changing time signatures deftly handled by Sunit, lullaby-like melodies sung hauntingly by Kasturi and some tasty slap bass grooves from Unmesh make the songs a joy to listen to.

The album ends on a lighter note with ‘Mushy’. Recalling the grunge-affected pop of the 1990s led by musicians like Alanis Morrissette, Kasturi shares her disdain of hand-holding, kiss-blowing, Instagram-posing couples, as she sings in a disaffected tone: “Such a mushy love story, it’s a mushy love story, so irritatin’, frustratin’, it’s so over-rated.” Certain sections of the song sound disjointed, and the arrangement could have been tightened in places, yet the bluesy flourishes – courtesy of Jit – elevate the song’s playfulness.

The eccentricity of Trap Happy’s sound can be explained by the diversity of their musical influences, ranging from Jamiroquai and Celine Dion to homegrown acts such as Backstratblues and Ganesh Talkies. One wonders whether the band members’ careers in the medical field and familiarity with the complexities of the human body informed their songwriting on Cuppa Chaos, or whether the songs instead represent a separate space in which they released the stress of what is likely to be demanding work schedules. Whatever the case, the album manages to convey the chaos of daily life, tapping into the oddities of widely explored themes. For the listener willing to taste something more unusual than the standard fare, Cuppa Chaos might be the perfect sip.