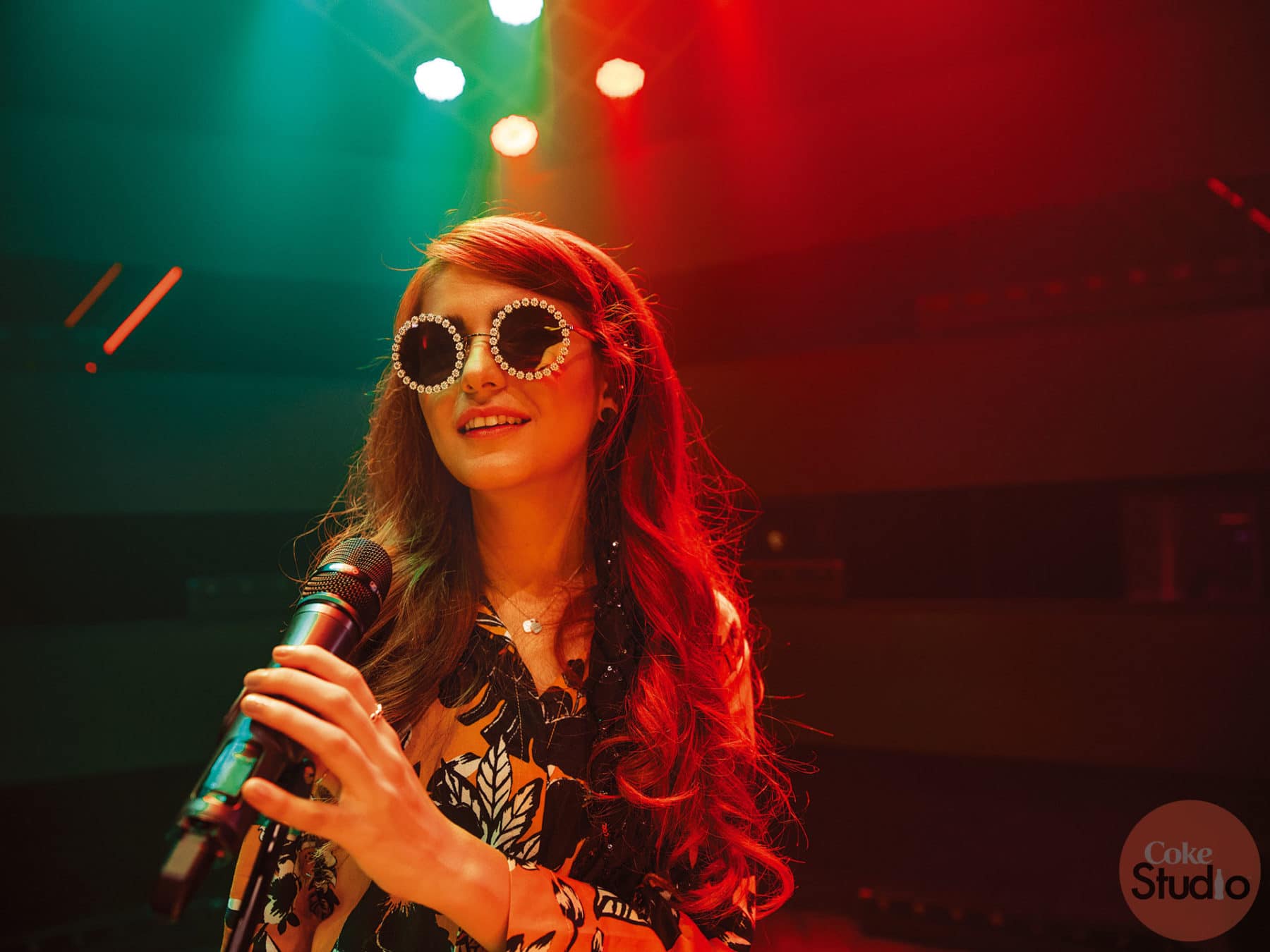 The end of Coke Studio Season 11, unfortunately, was more about a social media argument between one of the country’s ministers and star Momina Mustehsan, than about the music itself. Titled ‘Aftaab’, the last instalment of this season comprises three songs.

‘Ko Ko Korina’ features the star pairing of Momina Mustehsan — singing her third song this season — and actor Ahad Raza Mir, who makes his debut on this platform. The two take on the instantly recognisable and beloved Pakistani classic. Released in 1966 and part of the soundtrack of the film Armaan, many call this the first Pakistani pop song. Naturally, there are certain expectations from it when it is performed on a stage as grand as Coke Studio’s in Pakistan.

Few covers have caused an uproar as big as this one. For those who haven’t heard the original, the song might come across as a decent attempt at revisiting a 60s track. Even then, it would be tough to call this a good outing. Mir is not a singer and it becomes apparent. Momina’s energy and singing are better but not good enough to salvage the song. A largely forgettable season would perhaps be most remembered for this late controversy. A pity, but perhaps fitting in some way.

‘Dildar Sadqay’ by Jawad Ahmad and Elizabeth Rai is a fun song, which shines because there are no awkward fusions involved. The sincerity in expression shines through in this song. Elizabeth Rai’s section sounds a little abrupt but blends nicely towards the chorus. Ahmad is expectedly is extremely strong with his parts. The string section is great but the percussion, notably the dholak, in the song is the hero, and elevate the simple composition considerably.

‘Aurangzeb’ by Mughal-e-Funk, a contemporary instrumental fusion/funk band, is absolutely captivating. The band creates compositions that serve as musical interpretations of the lives and cultural contributions of the Mughal Emperors in the realms of art, music, poetry and literature. ‘Aurangzeb’ is also an interpretation of the emperor and an extremely fine one at that. The song is primarily instrumental (except for the great tarana sung by the backing vocalists that also signifies the ‘conflict between the authority and artists’) and is a great example of what the Coke Studio stage can offer to the right set of musicians. The arrangement is ethereal and the ambient sound created with the sitar, piano and tabla, among other instruments, really makes this a stunning piece of expression.

Some can argue that it’s better to have a season that would draw strong opinions than have insipid ones that don’t get any attention (like the past couple have). It was a forgettable season especially after Ali Hamza and Zohaib Kazi raised expectations with a wonderful Explorer prelude. However, there were some good songs littered across the season which shouldn’t be forgotten very easily.

Pick of the episode – ‘Aurangzeb’