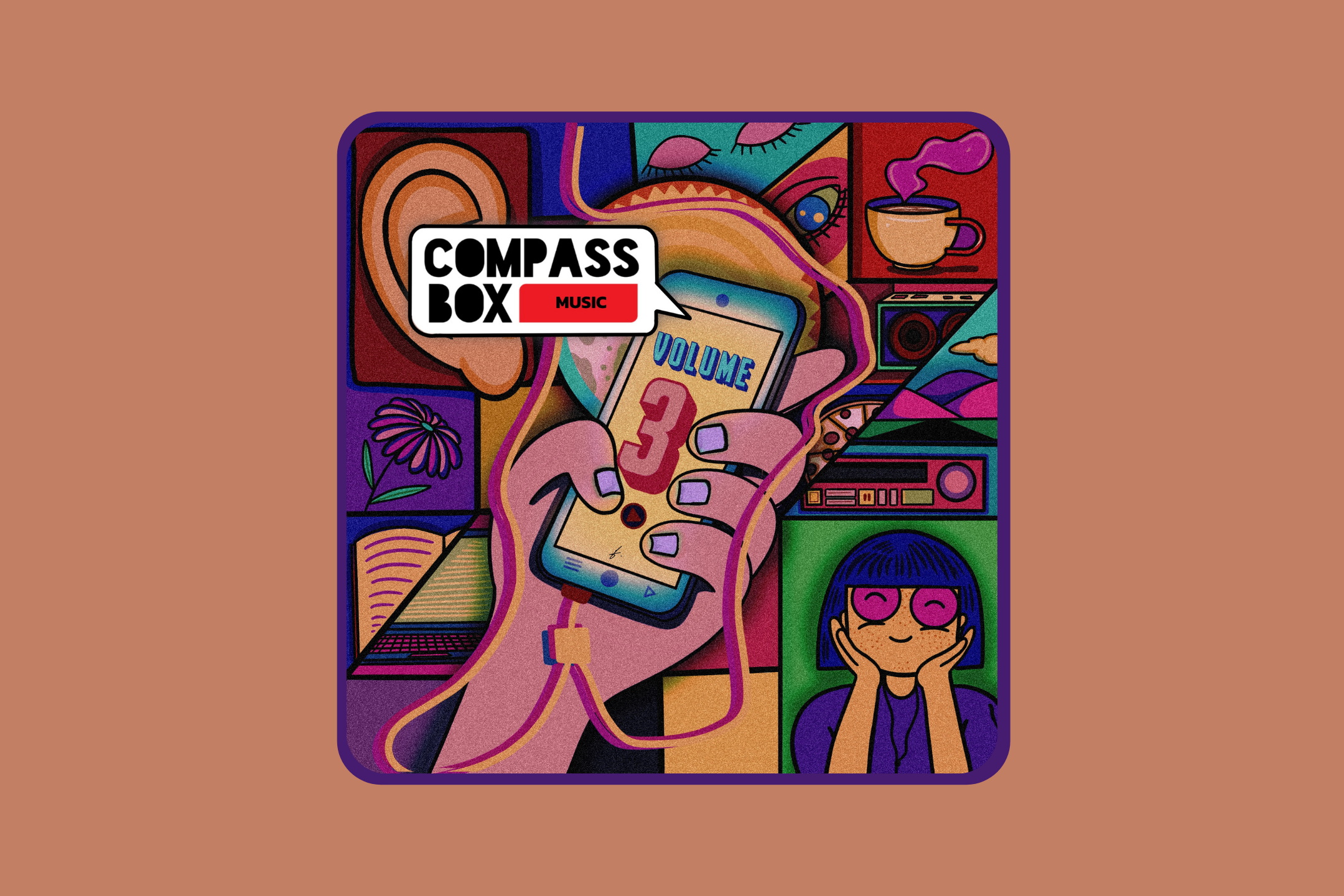 It can be safely said that the quality of music coming out of the country’s independent scene is improving by leaps and bounds every year. The exposure to diverse musical styles because of the Internet is reflected in contemporary music. And nothing presents this fact better than the 6-song EP Compass Box Music: Unboxed, Vol. 3.

The album opener ‘No One Fits’ by Time Wise is the only jazz instrumental on the compilation. A saxophone covers the maximum space on the soundscape as a rock jazz guitar plays around with various ideas in this quasi-traditional approach to the old genre.

Rather refreshingly, the arrangements on this EP revolve around solid, old school rock guitar playing. Besides centring the sound around an engaging instrument, a well-played guitar always sounds great! Though it’s mostly an electric guitar stomping around, Abhi Tambe’s ‘We Shall Arrive’ sees a tender acoustic guitar gliding along a melancholic violin. Tambe can evoke a certain sense of sentiment about existentialism with backing harmonies, but the lyrics tend to drown in clichés.

The acoustic guitar again takes up duties on ‘Karvan’ by Vaibhav Naik – undoubtedly the softest track on the EP. Quite a refreshing rendition especially with the non-rhyming appearance of the stanzas, this has a high chance of becoming the listeners’ favourite. Giving it stiff competition is Aariz Saiyed’s ‘Baarish’. Sounding like something out of Rock On!! soundtrack, it has a devilish rock-n-roll feel to it. You can understand that the musicians had a blast playing this.

The sparsest music is heard on Luhar’s ‘Sarfira’ and the poignant ‘Pensarte’. On the latter, Bhattacharya hits surreal highs with her esoteric vocal throws. The Spanish language anyway has a sensual quality to it, and her breathy vocals only manage to amplify that.

The former, however, is not very impressive when compared to the other five tracks. This song follows the typical style that Hindi singer-songwriters favour and there’s nothing new to it, despite it being a reasonably good rendition.

Now, this line of observation also applies to the entirety of the EP in varying degrees. Except ‘Pensarte’, the sounds covered here are nothing that hasn’t been done before. There’s a certain sense of déjà vu, and after the 26-minute run time ends, you’re left with a feeling of incompleteness. You realize that you want to hear more out of these songs, or at least something different.

The disappointment comes when the producers claim to present “a glimpse of the range of music India has to offer.” The only languages on offer here are the dominant English and Hindi, which sadly leaves nearly three-fourths of the country out, linguistically at least. Sonically, the sounds heard here are very urban-centric, but perhaps the target audience is also cosmopolitan city folk.

To sum up, despite being a wonderfully produced record which does showcase thriving talent, its limitations tend to “box in” the Indian independent scene to a few tier-A cities. One hopes that will change in the coming years.