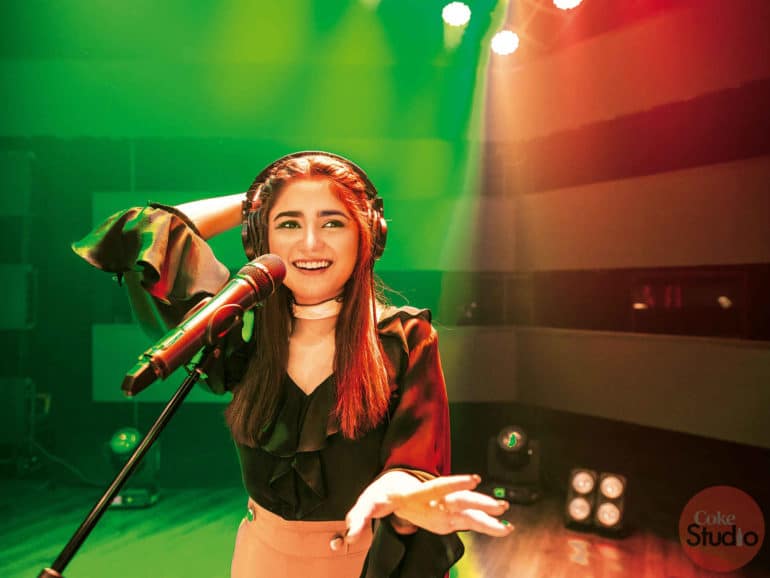 Coke Studio’s previous episode seemed to set the season back on track after a wobbly start. The latest instalment titled ‘Gulistan’, showcases some of the best parts about the show, but also illustrates the problems this season.

This episode features two compositions that have been delivered by a pair that has sung together on Coke Studio earlier. It begins with ‘Mahi Aaja’ that brings together the hit pair of Asim Azhar and Momina Mustehsan. They had earlier sung ‘Tera Woh Pyaar’ in Season 9, incidentally composed by Shuja Haider who features in this episode. ‘Mahi Aaja’ has been composed and written by Asim. While the song has some good moments, it suffers from weak songwriting. The strange mix of Punjabi and Urdu words as far as lyrics are concerned, can be too jarring with just a little bit of attention.

Producer Zohaib Kazi recently wrote on his Instagram story that this season for them was not about “the ‘formula’ or ‘number of hits’ on a song but about striking a conversation that enables the artists to do what they really wanted to do”. The producers wanted all artists to express themselves through their original work. Creative freedom is perhaps the essential thing an artist wants from his/her producer. In certain songs (like the two others of this very episode), this freedom elevates the work because the listener too can see honesty there. However, in the case of ‘Mahi Aaja’, there needed to be someone who could improve the weak songwriting and overall composition.

From the sonically and lyrically weak verses to a very generic melody, the song only starts getting good towards the 4-minute mark, where both the singers improvise which along with the house band, makes for a lovely crescendo. Unfortunately, it ends shortly after that.

The Chand Tara Orchestra performs a rock rendition of Persian kalaam ‘Nami Danam’. While it takes a while to get into Sherry Raza’s slightly nasal and rustic vocals, his voice starts to sound perfect for this song, as it progresses. The instrumental arrangement is excellent, and every time the harmonica is played, the sound is elevated further. This entire rock track is produced superbly and is a winner through and through.

Shuja Haider and Aima Baig sang one of the best melodies last season in ‘Baanware’. Shuja is regarded as one of the best composers and songwriters in Pakistan, and with ‘Aatish’, he once again proves why. What Kazi said about his and Hamza’s style of production this year was about Shuja Haider, and it is pretty clear why given what ‘Aatish’ achieves.

‘Aatish’ goes through different styles and tempos, and finds home in all of them. It opens with Haider’s soulful vocals, with Baig stepping in later to nail down the funky sound of the track. The banter between the two is great to watch and their chemistry as artists, and artists alone is palpable. The beat and melody are built on two different styles, the song even has two different bridges, but somehow it all works. It does not compromise on the lyrics and possesses some great lines. Talking about love in writing, Shuja writes ‘(Ahmed) Faraz ki likhaian, Yeh (Mir Taqi) Mir ki duhaiaan, John (Ailiya) ki udaasi, Josh ((Malihabadi) ka tarana’

With such strong songwriting, the minor issues can be completely overruled because the song has a lasting impact. Shuja’s singing is limited which shows despite avoiding and reserving the tougher parts for, which she executes brilliantly. It is when she sings the higher note in one of the interludes that her vocal capabilities are truly on display, and as a listener, you’re left awestruck.

Two out of three songs in this episode are winners. Zohaib Kazi and Ali Hamza have delivered a lot more in the last couple of episodes, which hopefully means the best for the business end of this season.

Pick of the episode – ‘Aatish’