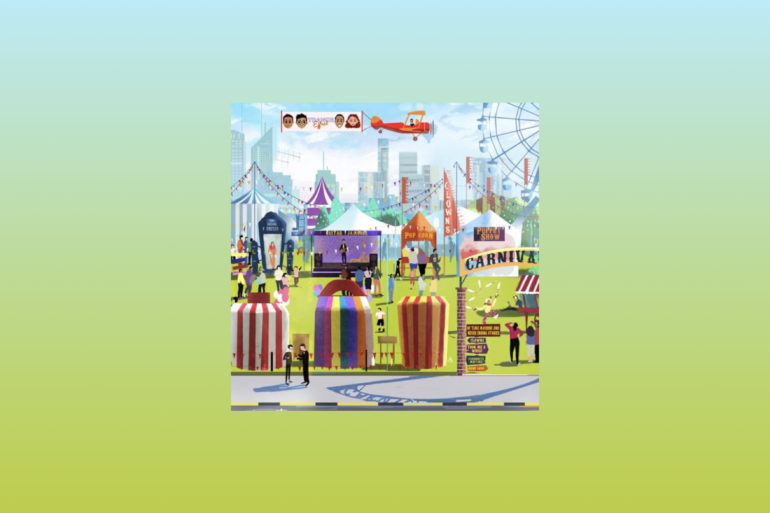 The latest effort from the Dimapur-based quartet is a masterclass in the catchy and, sometimes, the camp.

A band’s debut effort is always a great metric to plot its trajectory, regardless of future outputs, which may be radically different. It’s the first real morsel of identity, unveiled to an unsuspecting public, and it’s a no-brainer to go all in. Some bands exceed it, overshadowing any nuance with pomp and circumstance.

Formed in 2017, Trance Effect have taken their sweet time with releasing material. Save for a couple of singles in 2018 and ’19, Clowns is the first concerted effort from the quartet. And it, most certainly, has been worth the wait.

Clocking in at under 20 minutes, Clowns is a very well-assembled selection of songs, capturing a band at its most triumphant and effortless. There are influences from all over the board as one can hear Kate Bush holding hands with Kelly Clarkson; the ’80s arm-in-arm with ‘00s pop-rock. Vocalist Luli Yeptho puts on a clinic from start to finish, her range on full blast adeptly backed by bandmates Sosang, Tako and Imna.

The opener, an instrumental named ‘Of Time Machine and Never Ending Stories’, is about as futuristic as this EP goes. It is mixed with delayed synths and a danceable rhythm, moving into EDM territory. Being the shortest song, at a minute and a half, it blends into the titular ‘Clowns’. A funky off-kilter guitar hook leads into Luli’s soaring refrain of being ‘lost in the crowd’.

Lyrically, for anyone looking for something deeper, this EP may fall a bit flat. Schmaltzy musings on unrequited love and being one amongst many are plenty.

‘Favourite Mistake’ is one such tune. I mean, the lyrics talk about leaving messages on voicemail, so let’s say somethings are simply used for rhyming license. The tune itself is a little anodyne for the most part with its “Hoobastank bounce”. The “chasing after you” vocal trill sends a pleasant shudder every time and it’s perhaps those moments that Trance Effect try to emphasise.

The band isn’t trying to do anything game-changing, and that seems to be their strongest suit. The effortlessness adds so much to each song’s execution. While everyone gets a little time to shine in each song, the focus is on hooks, on melody. On earworms.

Instrumentally, it’s all about serving the song. The musicians form a cordon around the vocals, only to supplement and never deviate attention. Take closer ‘More Love’. While other tracks had band members taking small flights of fancy; a little hi-hat flourishes here, a little fancy drumroll there; the crosshairs are trained on the hook with Luli’s repeated plea of ‘more love, more love’. It’s a song about new beginnings, scripting a new story.

There are shortcomings, of course. Certain choices are perplexing but not the worst. ‘Took Me a While’ might be the weakest link on this EP, but only because it plateaus very early on and can’t seem to shake it until the track ends. The synth solo, however, does deserve its share of praise..

There are plenty of emotional payoffs, thanks to Luli’s vocal endeavours. There are various bands who would have taken their main asset and squeezed every drop out of it, to the point where it becomes all tacky and unlistenable. Bottom line: this is a remarkably listenable EP. The hooks sink themselves into you, till you find yourself humming the refrain from ‘Clowns’ while making breakfast.