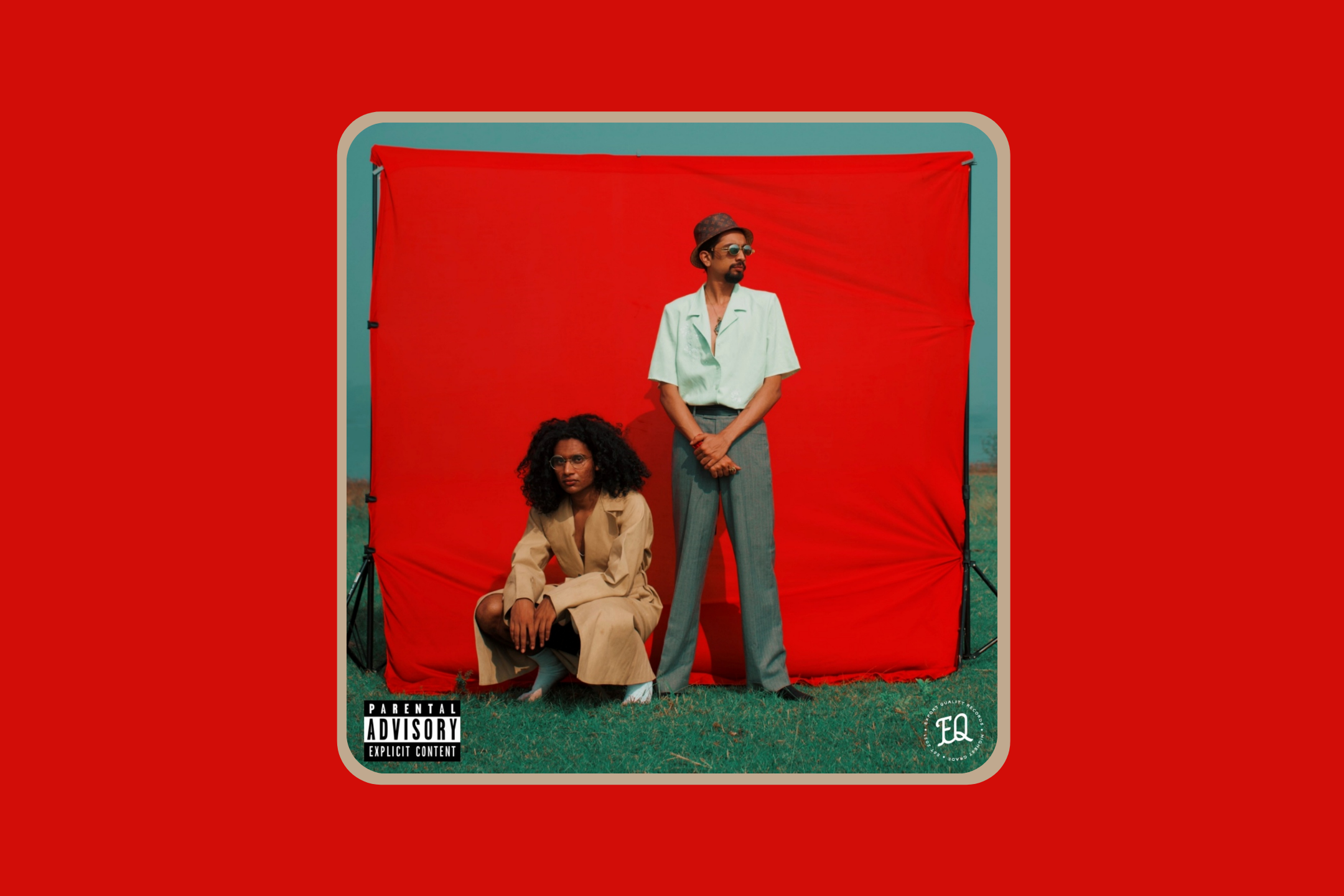 A solitary piano underscores the opening to ‘Guidance’, the first of nine tracks that make up Meet Me Halfway, producer Clifr and rapper Tintin’s debut album. Rather than act as mere foil, it bounces along with aplomb providing rhythmic interplay with Tintin’s verse, matching up well without a bed of beats and bass to get lost under. As the longest song on the album, there is plenty to say and plenty of time to say it in. Unlike the rest of it, the song is a symbolic warm up, both for the performers and the listener.

‘Guidance’ immediately pointed me back to Clifr’s work with the multi-genre collective Kelvikkuri; “multi-genre” being the operative term. Since then, the producer has made moves, helming a collective of exciting and raw talent coming out of Bengaluru, one that includes performers like Export Quality label-mate RANJ and Issamood along with Tintin under its umbrella. During all of these, slowly whittling away at his slab of sound, he crafted an intricate web of electronics and 808s that is soon to be his own. Some influences are direct, from the horns of ‘Hot Summer’ and ‘Leg Day’ evoking the old Kanye to the aggressively swung hats that are a bit Knwledge-y. Whatever the source, Clifr attempts to keep the palette wide. ‘Leg Day’ even plays around with some 90s hip-hop evocations to great results.

The record’s middle section plays into Tintin’s strengths, as earlier seen on his 4/20 joint with Ankith Gupta. The rapper does provide more than adequate competition and counterpoint, foot always on the gas. A far cry from his last outing with Clifr, ‘Schoolbus’ on 593, Vol.1, there is a lot of your typical chest-flaring, hard not to do when the instrumentals are this strong. The rapper squares up with competitors on ‘MOVE’, refuses to trust anyone on ‘Leg Day’, wants to be paid without the hassle on ‘Jhamela’, details the nuances of hood politics on ‘ok!’. A big part of this record is the thin layer of abrasion in the production, not discounting Tintin’s menace. Abrasion that’s dialled to 11 on tracks like ‘Jhamela’ and ‘rockpaperscissors’. Clifr’s previous work with 593 and RANJ is a pale shadow of the powers he now seems to wield. The beats ooze confidence, to the point where it’s a little that the album contains no instrumentals. The 808s deserve their own couplet—they have been masterfully arranged, all throughout, even on the slightly more bloated tracks in the middle section.

‘Rockpaperscissors’ is the album’s zenith, with both players at their respective peaks trading blows with rapid pace. The other tracks suffer from the occasional imbalance of power, nothing that sabotages. ‘Ok!’ has interesting stuff going on instrumentally but feels like filler. Tintin has some great lyrical moments ripe with metaphors that are sprinkled all over—”I need Gandhi, Is that peace or paper?”—undone here and there by a couple of corny throwaway lines and name-dropping (two Adele references?).

‘Restless’ and ‘Comfy’ are the two tracks on the album that have vocal melodies, catchy too! The two singles are right in the centre of this sonic palette, smoothening the edges to rightfully reach the widest audience. A misstep, maybe, since ‘Restless’ ends up on the wrong side of sterile, stripped away of all aforementioned abrasion. Another could be the lengths of some songs. ‘Hot Summer’ ironically exhausts itself too early, while album closer ‘Comfy’ is not long enough, the synths building up to a premature ending that fizzles out.

Meet Me Halfway has a lot going for it, with two artists keen to experiment and push the envelope. It is filled with hooks and memorable moments that make you keep coming back. However, it is bogged down most by turmoil within its inner workings, and the listener’s impatience may not make enough room for the slow burners to shine as bright as they eventually will.