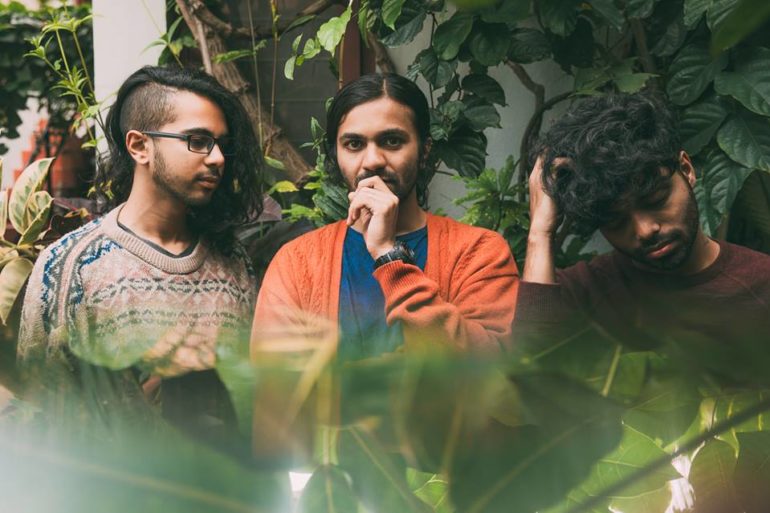 Acoustic albums are always difficult to be done well. Maybe it’s the lack of layers that other genres can afford to conceal frailties. Everything from the melodies, writing, emotion and the even the length needs to be spot on in such records. Bangalore-based trio Cinema of Excess handles this with apparent ease in their new album Bring back the Sound.

The band initially started out as Anirudh Ravi’s solo project before he decided to bring on Bharath Kashyap’s guitars and Abheet Anand’s bass. The cleverly planned guitar interplays, organic natural-harmonics and carefully hidden bass presence did make the difference. The difference you don’t normally see in acoustic albums — between an album that engages and one that hums in the background.

The writing in Bring back the Sound is hardly as pompous as the trio’s stage name. Nothing in excess and nothing too cinematic. The writing, however, does reflect a little nostalgia on you, of being a young boy in the middle of a long summer. It might feel even a little naive at times, but there’s honesty in Anirudh’s singing, honesty that comes through well in the album.

The EP opens with ‘Thing About the Colour Blue’ where Anirudh sings about saying goodbyes over intricate guitar and bass melodies. The natural guitar harmonics chimes and quite dismally ends where Anirudh sings “There is no meaning in the words – I will compare, there ain’t much to choose from when there ain’t no one there.” The EP then move onto songs like ‘Light Of Your Life’ and ‘Sleep’ where there is talk of more innocent romance that trails away beautifully, like the ending guitar melody in ‘Light Of Your Life’.

‘Wide Awake’ begins where ‘Sleep’ ends and the contrast is quite evident just like the track title. There is a striking groove in ‘Wide Awake’ and the guitar work is at it’s most expressive as the trio put on an exhibition of their craft as they explore some tasteful chord progressions. The title track ‘Bring Back the Sound’ becomes the epilogue and leaves the listener on quite a solemn and hopeful note.

Bring Back the Sound is as promising a debut as they come in the genre, a genre in which Cinema of Excess doesn’t necessarily want to be caught in as they talk of plans to explore into what even could be a full band. Until then, Bring back the Sound leaves the listener with a cognisance that sometimes all it takes is a well crafted acoustic album to end a busy day.