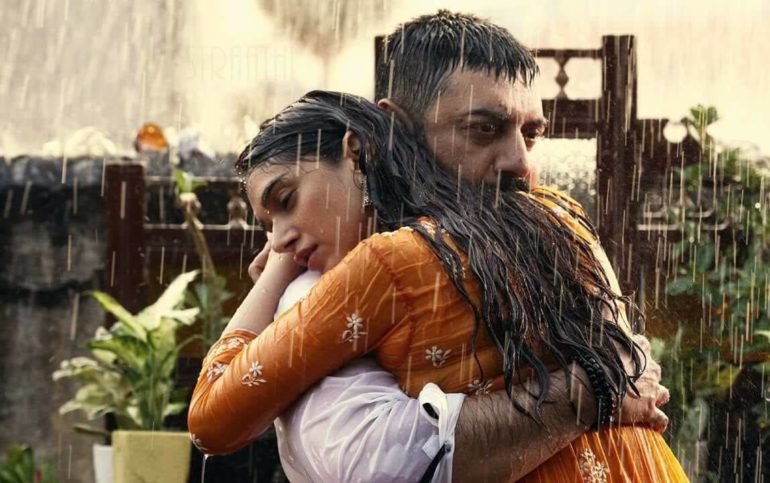 One of the most awaited soundtracks of the year from the trio AR Rahman-Mani Ratnam-Vairamuthu landed in the streaming platforms annoyingly late (an audio launch event was held with no album in sight for over a couple of weeks), only a day after the movie opened in the cinemas. But then, as is most often the case with the trio, all seems to be well in the end. Every time they come together, there is room — and expectation — for exploration and subversion. Chekka Chivantha Vaanam lives up.

Aaydha Ezhuthu (Yuva) had started out with a no-song script. How ‘Nenjamellam’ (‘Baadal’) appears fleetingly in the background is a remnant evidence. But then the rest of the album ended up being choreographed (even lip-synced sometimes). In CCV, director Mani Ratnam has managed to make a movie with no carved out space for songs, for the first time.

However, the movie blends the 7-song album in the background score (Qutub-E-Kripa shares the credit with AR Rahman). As independent entities, some songs are unwieldy to comprehend and to appreciate. One hears scattered phrases, disjointed segments, onomatopoeic words, eccentric sounds, and occasionally a recurring thematic line. All strung together in a three or four-minute film song format that we know and love. The cohesion is not apparent always, but things fall into place when watching the movie.

AR Rahman composed the score for the movie in the last few weeks leading to the movie release, amidst his US concert tour. He was perhaps composing/mixing a few of the songs (like the last song to release, ‘Praaptham’) about the same time too. Given that, two scenarios seem to have played out. In some cases, AR Rahman has inventively cast a fluid background score into discrete songs with the help of the lyricist Vairamuthu. In others, he has astutely picked the essential elements of the songs to augment the narrative.

Take ‘Kalla Kalavani’ for instance — there is so much going on in the soundtrack version of the song. There is rap in bits and pieces; the initial hook ‘Nee Vandhu Sendranai’ that showcases Shakthisree’s phenomenal range. The song seems to be over at the 3rd-minute mark (or perhaps should be), but then Lady Kash continues to unleash rap. The movie though uses the good part of the song very cleverly.

A fun exercise drawing parallels to ‘Kaara Attakkaara’ of O Kadhal Kanmani. It is evident in the song structure and the use of rap. The two songs were promoted in the respective movie trailers. But what is fascinatingly common is the wordplay. ‘Aattakkaara’ gets the literal meaning of gamer in the opening title credits. Here too, Vairamuthu may not have meant ‘Kalla Kalavani’ as a metaphor, but quite literally (meaning, a thief/smuggler). On screen, one of the lead men (and his ladylove) is literally fleeing in a jeep from the cops, a la the title song of Thiruda Thiruda.

Songs tend to have symmetrical hooks around the midpoint in the album. Like in the case of ‘Ada Naana’ of ‘Sevanthu Pochu Nenju’ or ‘Nee Vandhu Sendranai’ of ‘Kalla Kalavani’. ‘Praaptham’ rendered by Karthik similarly has two symmetrical high points calling out the metaphor that is the film title. Karthik hasn’t sounded this different in a long time. A high point plays fittingly over one of the best-choreographed action scenes leading up to the climax. The song employs complex phrases, and a bluesy orchestration, almost reminding ‘Adiye’ of Kadal. Coincidentally, Sid Sriram sings the Telugu version of the song.

‘Hayati’ makes no disguise — it is evidently background material. Set in Arabic style, singing and orchestration wise, the song works on the album just as well as it does in the movie, like ‘Dol Dol’ of Yuva. We also get a wedding song in the movie/album, a recurring motif in the work of Mani Ratnam-AR Rahman. ‘Mazhai Kuruvi’ is not ostensibly wedding material like ‘Saarattu Vandiyile’ (Kaatru Veliyidai) or ‘Jiya Jale’ (Dil Se). The song is achingly beautiful in the beginning, with AR Rahman himself (just about) managing the vocals. The second half meanders a bit, though employing a strong percussive rhythm as if to make up for.

‘Mazhai Kuruvi’ is the only song that shows some potential for choreography. Then again, the movie completely shuns conventional song boundaries for good reason. We get just a glimpse of the song playing over the wedding of a lead pair. The twist is when the second half of the song plays almost unpredictably over an unfortunate sequence. The joyful album version and the lyrical association may not ring the same after witnessing the interpretation in the movie.

For a movie with all men playing the lead roles, and women doing the supporting roles, the soundtrack almost reverses that. Female singers headline most of the soundtrack with male vocalists supporting. ‘Madhura Marikozhundhe’ is a wonderfully executed chorus, very much a throwback to the many harmonies that Anuradha Sriram-Sujatha Mohan have sung for AR Rahman (especially ‘Ishwar Allah’, from 1947: The Earth). This time though it is Shweta Mohan singing in unison with Anuradha. This is the best song of the album in the sense that it works extremely well as a standalone track. The chorus is immensely effective in conveying sorrow and loss.

That leaves us with two songs that in many ways are the lifeline of the movie. One is ‘Sevanthu Pochu Nenju’ that needs a gut-punching voice, and finds a competent match in Sunitha Sarathy’s. The song and its numerous variants appear in several places in the movie. Perhaps the best is when an instrumental version of the fiery phrase ‘Ada Naana’ plays over the title credits. A restrained flute version and a melancholic violin version also stand out. The song is put together inventively in the album, when it is a scattered, recurring theme throughout the movie.

The fantastically arranged ‘Bhoomi Bhoomi’ is the other song. Shakthisree has sung quite a few celebrated tracks for AR Rahman, but ‘Bhoomi’ is arguably her best yet. The song has three segments, played during different times in the background. A stretch of the song is most strikingly filmed on the mother character, one of the best montages in the movie. The song also bears witness to another Vairamuthu’s wordplay. The grungy ‘Idhayam Thaanguma’ that Shakthisree delivers like it is no one else’s business acquires a literal meaning. ‘Could the heart bear this any longer?’ plays agonisingly rhetorical in the intermission sequence.

The bottom line is that meanings emerge in the movie. The dutiful series-of-four-minute songs format lends inventive shape and structure to the score, though not as lucid as their usage in the film. Perhaps it is time for music labels, producers and creators to let the freestyle background be, as part of the OSTs. Chekka Chivantha Vaanam is mighty good just from that vantage point alone.