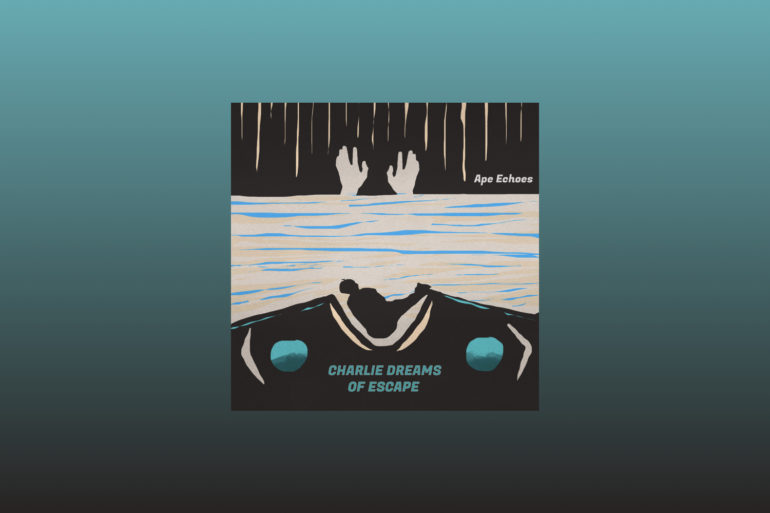 Over a year ago, Ape Echoes employed an army of Jim Sarbhs to battle procrastination. Now they introduce us to Charlie and his struggles through their debut full-length album Charlie Dreams Of Escape.

Previously known as Ape Machines, the Mumbai electronic group is one of the most technically sound acts and doesn’t shy away from experimenting with genres and its sounds. Their expansive list of influences always sees them deliver a seamless, multi-genre combination of alternative electronic music which marries jazz, funk, RnB, neo-soul and more. Charlie Dreams Of Escape is a magnificent exhibition of this amalgamation of their artistry and technical knowledge.

The 10-track album runs just short of 38 minutes and is nothing short of an experiential sonic journey. It is Ape Echoes’ attempt to narrate the story of a fictional ‘Charlie’ – a dissatisfied someone who is always on a search for something better.

The album opens with pensive piano loops and an ambient vibe in the intro track – ‘Into Blue’ and segues into ‘Myopic’, a completely contrasting track with its groovy percussion and bassline. It builds to a beautiful breakdown post the second verse akin to an old-school video-game ambient soundtrack vibe. The album takes a turn on ‘Almost Always There’ with its subtle Indian percussive sound that quickly transforms into an electronica-pop track with swing beats and clean vocals. It’s followed by a never before released ‘uncut’ version of ‘Hold Tight’, the same track whose music video featured the aforementioned army of Jim Sarbhs. It brings forth a cheeky synth and bass groove along with some intricate vox and is laced with the power to make your head bob with its bounce and funky sound.

The collaborative tracks add a different dimension to the album. Azamaan Hoyvoy, who has already been a guest on a lot of their live shows, impresses with his vocal prowess in the foot-tapping RnB-jazz track, ‘In Shades’. The immensely talented multi-instrumentalist Shirish Malhotra beautifully elevates the title track, ‘Charlie Dreams Of Escape’, with his roguish melodies on the clarinet and alto saxophone. Shreya Bhattacharya rounds up this sonic realm with her sultry voice and exhibits her improvisation skills on the band’s rendition of the primary school Walter de la Mare poem ‘Silver’.

With a crisp production, this album is an immersive experience that doesn’t fail to impress. Each song has a lot going on intricately, that is revealed with multiple listens. Layers of multi-faceted synths, technically sound and fast-paced percussion, and experimental sounds make this a listen worth the while.