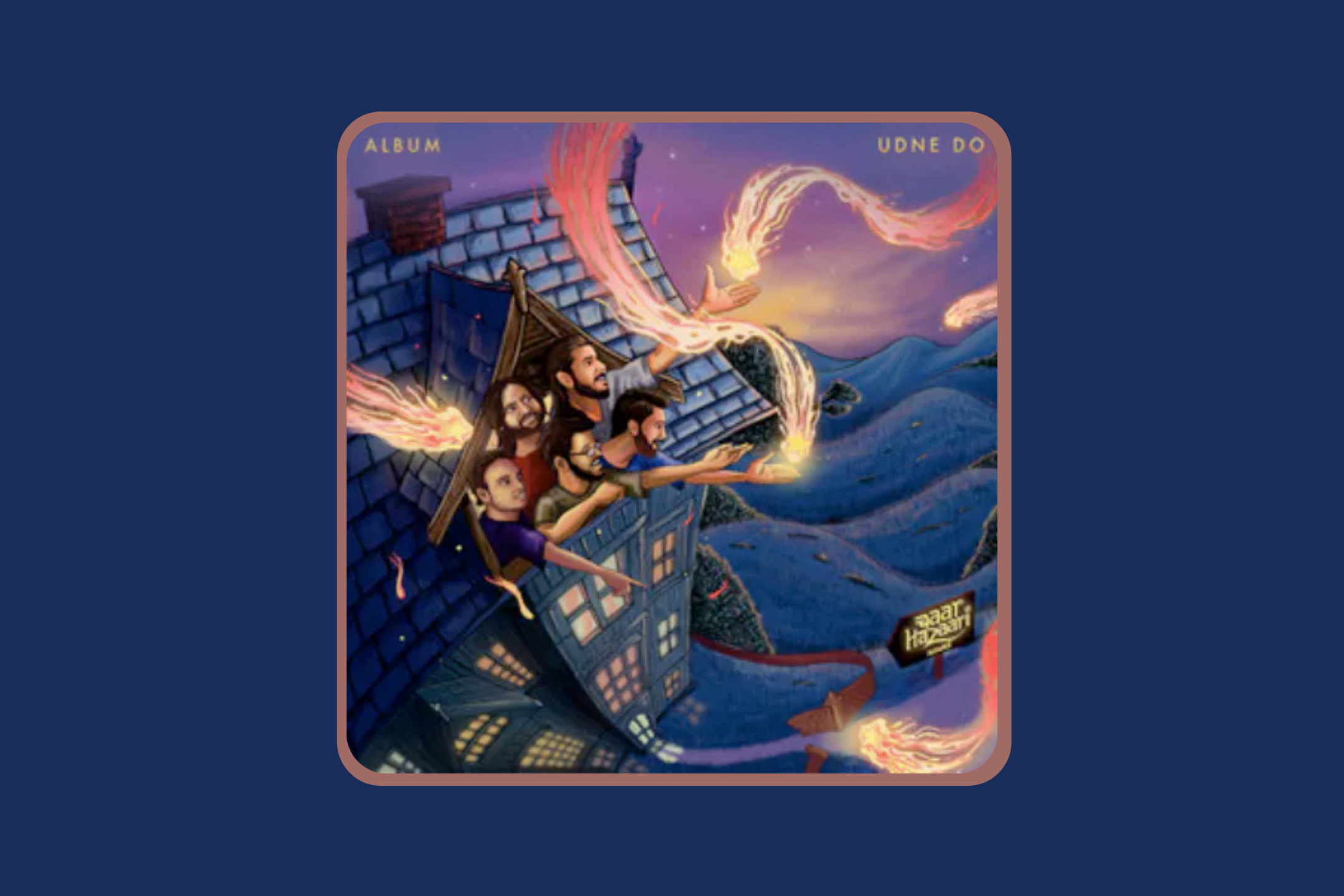 Chaar Hazaari aim for heartwarming and spirited on ‘Udne Do’

When Hindi pop-rock first began taking root in the mainstream Indian music space, listeners (and labels, of course) took to it because they not only found great choruses but also genuine, openhearted lyrics. Whether it was Euphoria then or Chaar Hazaari today, it feels like the style thrives not so much on clever sonic approaches, but more for its sentimentality.

On their second record and first full-length album Udne Do, Chaar Hazaari toe the line as much as they also push the boundaries ever so slightly. With vocalist-guitarist Yatindra Mohan Patel’s charming, bubbly energy, however, Chaar Hazaari can definitely get a lot of feet tapping throughout the eight-track album. Flautist Shivit Prasanna is that sort of that X factor for the band, shaking up any chance of monotony of songs like ‘Yaadon Ki Tokri’ and ‘Na Jaana Kahin’ with this enchanting lead movements.

The album starts off with one of the band’s strongest songs to date, a swaying ballad called ‘Ki Tum Ho’, which urges perspective and pledging love to those you value the most, for the sake of the future. It’s got an emotional quotient high enough to be that lights-in-the-air moment of a concert, whenever that happens again. ‘Jaane Jaana’ carries forward that glimmering vibe with a more rock-oriented sound, but it doesn’t quite break away from standard rock fare. Even ‘Soona Jahan Hai’, with an opening piano melody that is reminiscent of Coldplay’s ‘Clocks’, is distracting to a certain degree but manages to shift into a fresher territory. The happy-go-lucky and somewhat cheeky romantic song ‘Love Bite’ sees Chaar Hazaari climb to a vibrant pace, aided by Prasanna on flute as well as Utkarsh Mallik on keys, plus the able rhythm section of bassist Archit Agrawal and drummer/percussionist Shailendra Shukla.

The title track moves at a predictable pace in a way, but when Patel sings the triumphant hook (introduced as soon as possible in the song), it’s followed by crunchy riffs and lyrics about appreciating the present. It’s certainly important for the times and the band seems to have intended ‘Udne Do’ and its folk-rock energy to serve exactly that purpose. ‘Kuch Bolein’ closes the album off with that jump-around, arena-ready sound that Chaar Hazaari have got down faultlessly, so much that it makes you forget most other parts of the track to hone in on cheery, emphatic rock.

As much as they could as well stand apart from the mushy, cliched pop-rock that now populates Bollywood soundtracks, Chaar Hazaari walk a delicate balance between overused elements and heartfelt songwriting on Udne Do.