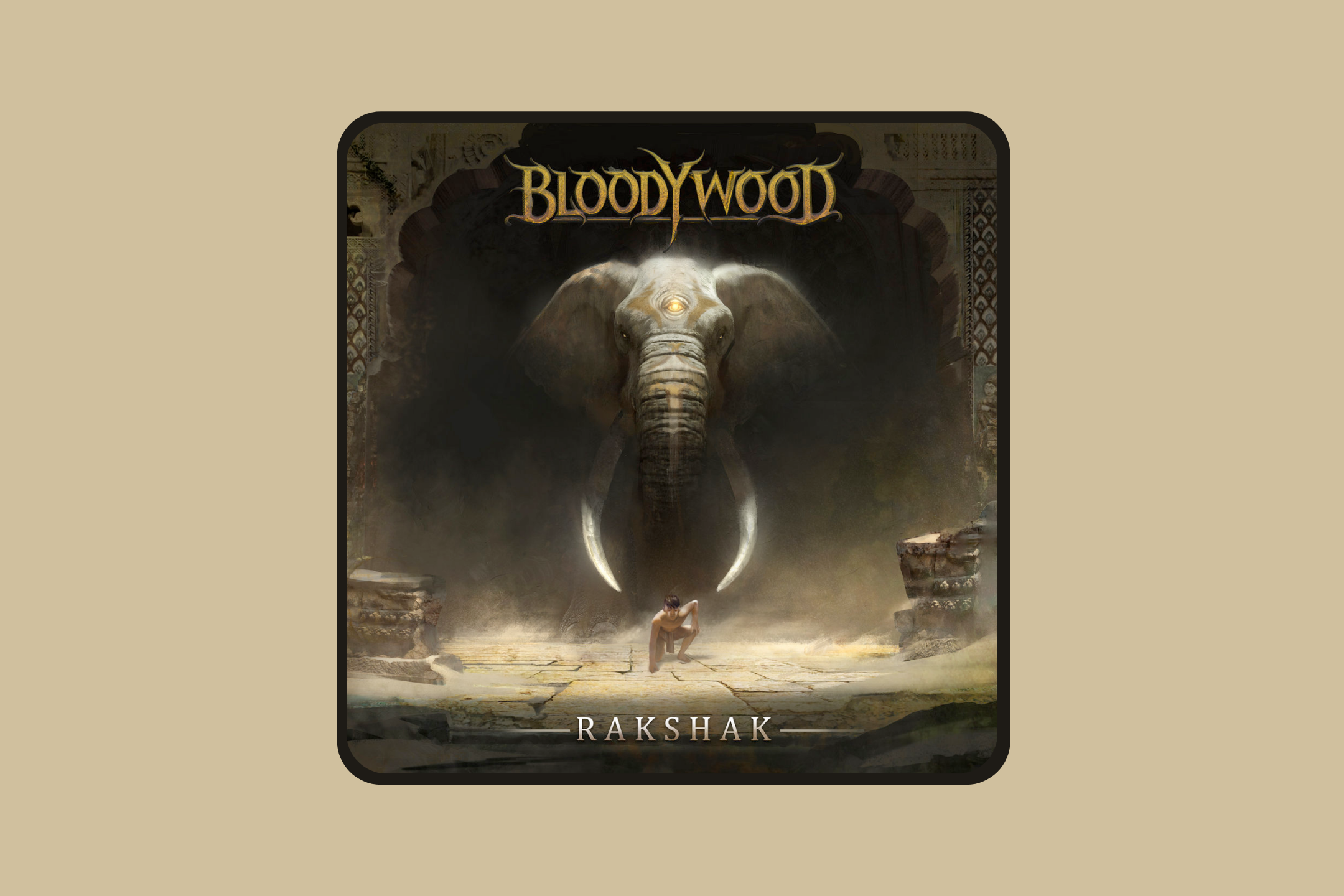 There’s a beginning to every story, that beginning lays down the foundation and the basis of how the story unfolds. However, every once in a while comes a story that breaks the mould, wages an unrelenting war on the norm and charts its own unique course, no matter how rocky that course might be.

It was not too long ago that a relatively unknown heavy metal outfit from New Delhi broke the Internet with their rendition of the song, ‘Ari Ari’, which featured, at the time, guest vocals from the very angsty, Raoul Kerr.

The band whose nucleus was forged as an online project by putting their rendition of Bollywood songs, pop songs and other genres on YouTube ascended the metal heap and their first trot around the globe saw them performing at the Holy ground of all things heavy metal,  Germany’s Wacken Open Air.

Three years hence, with Raoul Kerr in the folds as a full-time member, the band has successfully managed to send shockwaves across the world with Rakshak, their debut release.

The album kicks off with ‘Gaddaar’, armed with bone crushing heaviness and layered with the sitar for the melody, this establishes the template and sets the tone for things to come. Follow up ‘Aaj’ starts with a pensive yet soothing flute intro flowing into a low frequency riff creating a sonic assault of epic proportions. The dual vocal attack of Jayant and Raoul absolutely crushes this and annihilates.

The album takes a more melodic, synth laced approach with ‘Zanjeero Se’, reminiscent of the 90s contemporary rock. The track is an excellent display of the diverse range that the band is capable of.

‘Jee Veerey’ starts off with a beautiful flute intro followed by an all out onslaught as the rest of the band joins in. The underlying tone of this song is about fighting depression and the demons that drive it. Karan Katiyar displays his prowess with the flute with a pensive, sonic build up guiding Jayant’s snarls and Raoul’s rap attack.

‘Yaad’, is the band’s swan song, an emotional heavy weight that takes the aggression down a few notches. The track explores the loss of a companion, more specifically, a pet. Clubbed with mournful and reassuring textures, this song is an emotional vortex that makes you clench your fists with anger, makes you feel the helplessness of losing a companion, and leaves you with a tearful smile. Lyrically strong, this track has a monumental chorus, plus an excellent solo with a pre-chorus galloping riff that drives the song.

‘Machi Bhasad’ is the band’s call to arms, an anthem which comes with thunderous refrains that demand to be screamed along with. Much of the band’s sound is based on the dual vocal attack of Raoul Kerr and Jayant Bhadula and both of them have made this track an absolute monster.

With a rather interesting name, ‘BSDK.exe’ starts off with an electronic overtone leading into the usual bone crushing sonic assault the band has so comfortably embraced.

‘Dana-Dan’ is an all out sonic assault, which blurs boundaries between old-school rap-rock and contemporary metal. This track doesn’t take long to stamp itself as one of Bloodywood’s heaviest and more mainstream metal track to date with a little electronic break in the middle before pile driving you into sheer insanity.

‘Endurant’ soars through various sonic landscapes ranging from rap, to heavy distorted riffs, melody, and growls. All coming together perfectly to yield this beautifully composed and diverse track

The album clocking in at 48 minutes closes with an absolute banger in ‘Chakh Le’ that stomps and decimates with a heady mix of traditional sounds and a rousing chorus.

Raoul handles the rap portions effortlessly, lurking in the dark shadows of the mammoth wall of sound that the band create, his commanding voice and rap delivery perfectly choke slams the listener and works effectively with the blunt end of what has become the “Bloodywood Sound”.

Jayant, on the other hand possesses a Massive yet beautiful singing voice. The ease with which he pulls off clean vocals, guttural screams and barks out snarling vocals is absolutely mind-boggling.

Rakshak stirs a whirlpool of emotions, it makes you angry, it breaks you down, gets you on your knees, makes you raise your fists at the skies and scream your lungs out. At the same time, it will bring tears to your eyes and put a smile on your face, assuring you that it’s okay, it’s all good.

To sum it up, Bloodywood has come out with an album that is confrontational, uncompromising, engaging and enraging and have changed the face of Indian heavy metal. It can be safely said that if there ever was an album that resonated as clearly as a shot gun blast with the socio-political storm that the world is currently facing, this would be it.