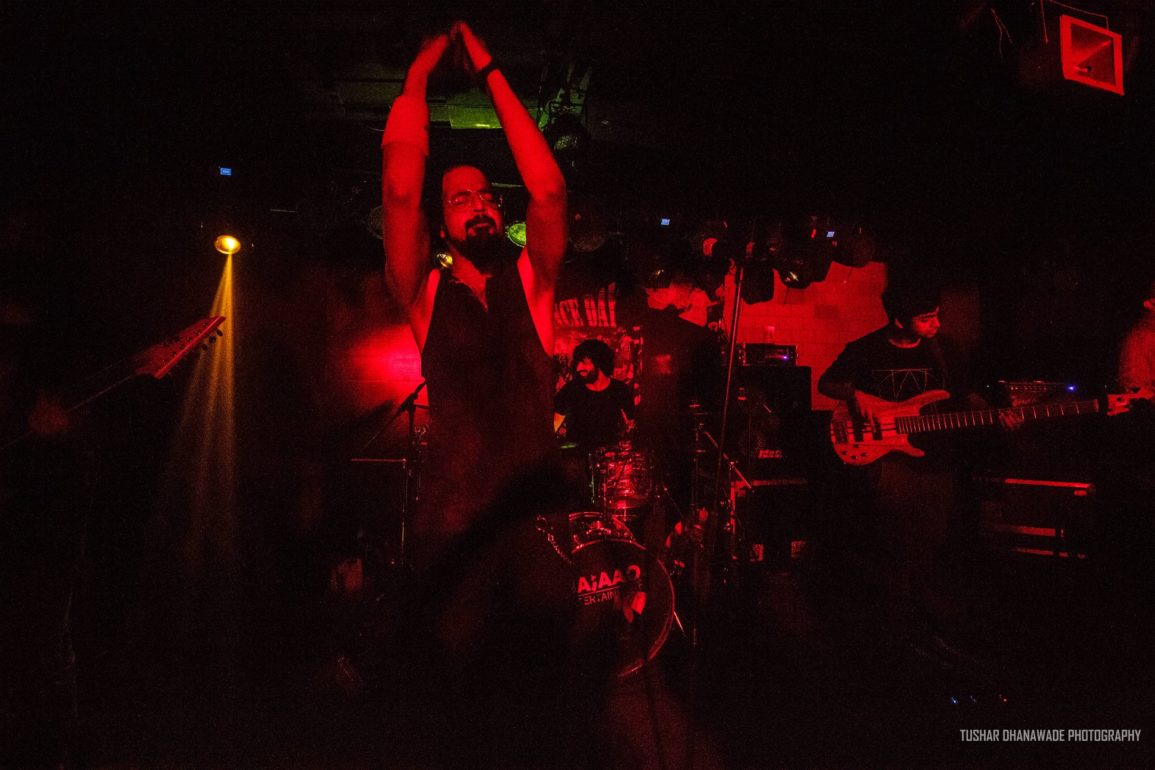 Nothing sells like nostalgia, they say, though not often with positive connotations. But it is this very fact that works most with Mumbai-based rock outfit Blakc’s latest offering. The entire album is a throwback to the good ol’ times when a whole generation discovered local music collectives par excellence in the form of the likes of Parikrama, Motherjane, et al. Maybe an intentional exercise, maybe not. But work for most parts, it does. The Consequence of Feeling works primarily because of the emotional terrains it manages to cover rather than for its musical genius.

The album traverses through measured melancholia and angst among other potent and evocative feelings, while not compromising on the ‘rock’ of it all. ‘Disorder,’ true to its name, is the kind of song that starts almost seeming like a trance affair but builds on a very peppy hook. For all the money on it, the song is the quintessential rock affair you crave on an odd day.

‘March on Embers’ starts off unimpressively but gradually drops the anchor on you. Starting off predictably, the song builds on some commendable work on the guitars only to march towards a rousing crescendo. A familiar Michael Jackson hook might startle you towards the end, but the song recovers almost immediately to end on a high.

‘Return Light’ belongs somewhat to the same family as Motherjane’s ‘Broken’. Though not as effective as the latter, the song still has the right blend of sombre and throb, which is expected from a melodic rock affair. The culminating minute is a terrific case study on how to build on a hook without over-imposing.

‘Everybody Burns,’ is an absolute cracker that runs through similar veins as ‘Return Light’. However, the transitions are far more palpable and it’s evident that this one would be a delight onstage. The ambient breaks and rhythms overshadow the guitar solo at one point, but it is done so poignantly that you don’t really mind them taking the lead.

The album comes on its own, as it proceeds towards the latter end of it. ‘Hope Choked,’ almost pleasant in its demeanour, is the kind of sobriety you might crave after something as explosive as ‘Everybody Burns’. The band has a knack to hit the absolute right notes when it comes to its crescendos. It’s all the more evident in ‘Hope Choked’. The synergy is also more seamless, in comparison with the previous tracks.

‘Consequences’ is probably the weakest of the lot. The melody is uninventive, but the song still boasts of a very sinister hook that sporadically shows up through the song. ‘Consequences’ is consistent with its second act, especially on the guitar, but by then there’s too much lost ground to cover.

The track placement couldn’t have been more volatile following ‘Consequences’. Ridiculously infectious, ‘Colours’ hits all the right highs and is a collectively magnificent job. The song gives the right kind of euphoric high and then is almost empathetic in slowing things down for a second or few, only to get you back in the groove. This one might be difficult not to loop.

It is criminally unfair on ‘Colours’ that ‘Humane’ follows it. The formidable composition, unarguably the best of the album, has everything going for it. A phenomenally in-form duo on the guitars, drums that don’t mind playing second fiddle and an insanely catchy hook. The song, like ‘Colours,’ chooses to take a breather before going all out, almost like it’s a journey it wants to take hand-in-hand with the listener.

‘Dopamine,’ which has graduated into a gig favourite over the years, and for all the right reasons, draws the curtains on the album. The hard-hitting number is an absolute delight live and manages to emulate the success in the studio as well. The familiarity works for the song, especially when the tremendously effective solo kicks in. True to its name, the song gives you the high it alludes to.

A slight annoyance that can be harboured throughout the album is the nearly negligible prominence given to Shawn Pereira’s vocals. Inadvertently or otherwise, that brought guitarists Anish Menon and Reinhardt Dias to the forefront and boy, do they deliver! Sourya Mukherjee on bass and Varun Sood on drums provide the right kind of support, and the album is very much successful at what it set out to achieve — good ol’ dark, cathartic rock. As they say, nostalgia sells.