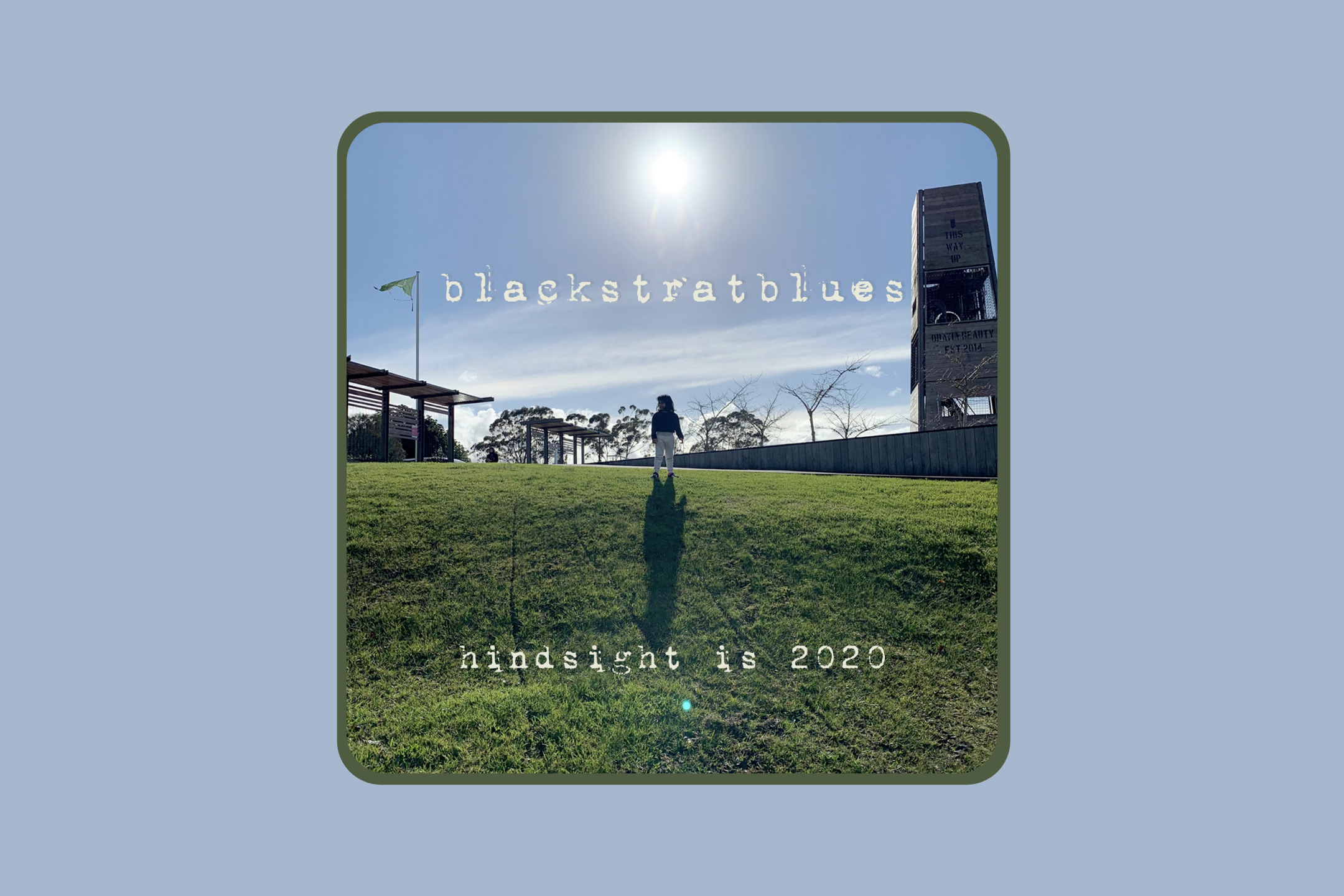 Ever since he released his 2007 album Nights In Shining Karma, New Zealand-based Warren Mendonsa had a fairy unwavering path with Blackstratblues’ subsequent albums. In true rock tradition, his outstanding records like The New Album (2009), The Universe Has a Strange Sense of Humour (2015), The Last Analog Generation (2017) and When It’s Time (2019) all stuck to eight songs and about 40 to 45 minutes in length, except for The Last Analog Generation, which clocks in at about 53 minutes.

Whether it was his songwriting instincts kicking in or just trying to perceive how much instrumental guitar music his audience could take in, his latest album Hindsight Is 2020 does away with that tradition. There are 16 tracks in all and 56 minutes of moody, cinematic, bluesy rock pieced together during the pandemic. All the tracks deftly employ the kind of melodies and emotive solo work that is distilled and distinct Blackstratblues.

If you took a step away from all this and wondered where and how Blackstratblues gained their following in Indian independent music and beyond, it’s a bit of a mystery. His deeply introspective songwriting is predominantly wordless and often comes across as a nod to rock greats like David Gilmour and others, so there’s that. Plus, Blackstratblues—once described by Mendonsa right down to the genre ID3 tags when you downloaded Nights In Shining Karma as “Good, Honest Music”—is not about virtuoso, but rather about soul.

There’s plenty of soul breathed into Hindsight Is 2020, so that’s an edge which Mendonsa will be unlikely to lose any time soon regardless of whether he’s been performing or being in the same room as his band back in India. Drummers Jai Row Kavi and Cole Goodley perform across these new tracks, recording out of Mumbai and Auckland, respectively.

Some of Hindsight Is 2020 was born out of IGTV uploads, which presented ideas to fans in a shorter format. The best part about any Blackstratblues album is that most times, any song is a good entry point into not just the entire album, but also to Mendonsa’s unparalleled charm as a guitarist. It’s all good whether you started with ‘Hey 2020’ and its playful tempo or the eternal-optimist vibes exuded on ‘This Will Be My Year’ or land up with the impeccable, well-paced blues jam that’s ‘Low Down Lock Down’ (which turns explosive, perhaps signalling how Mendonsa lets off steam).

Mendonsa’s daughter Nia—who also features on the cover of the album—is heard handing out sensible pandemic-related advice on ‘Eleven’, a wholly sublime, shimmering song that is instant-classic material from Blackstratblues. He mixes up the pace on songs like ‘The Celestial Dance’ and ‘Hold On Tight (Up We Go)’, which ably tell stories through sonic flourishes. The twinkly, star-gazing guitar is apt for ‘The Celestial Dance’, while ‘Hold On Tight (Up We Go)’ swells like an aeroplane taking off.

These sorts of clever ways of tone-bending—at least the way Mendonsa does it—never ceases to be remarkable. He stomps down and offers a crunchy, arena-ready riff on ‘It Just Got Real’, which is all heavy. Then there’s the Cowboy Western tribute on ‘When It All Began’, in which Mendonsa seems to be nodding to Ennio Morricone.

It’s at this point that Mendonsa arguably enters somewhat newer territory, at least in terms of album lengths. ‘Anesthesia’ is entrancing, while songs like ‘Remembrance’, ‘Kinder Days Past I’, ‘The Persistence of Time’ and ‘Kinder Days Past II’ are Floyd-esque vignettes, representing the sombre side of the album.

The end of Hindsight Is 2020 ejects into a lightheaded, tranquil sort of space, as heard on ‘Out of the Ether’, ‘We Are Responsible’ and ‘Let It Shine’, the last two featuring vocal melodies by Komorebi. It propels the album into a different headspace, for both Mendonsa and his listeners. A new experiment of sorts, one that Blackstratblues ably delivers on.