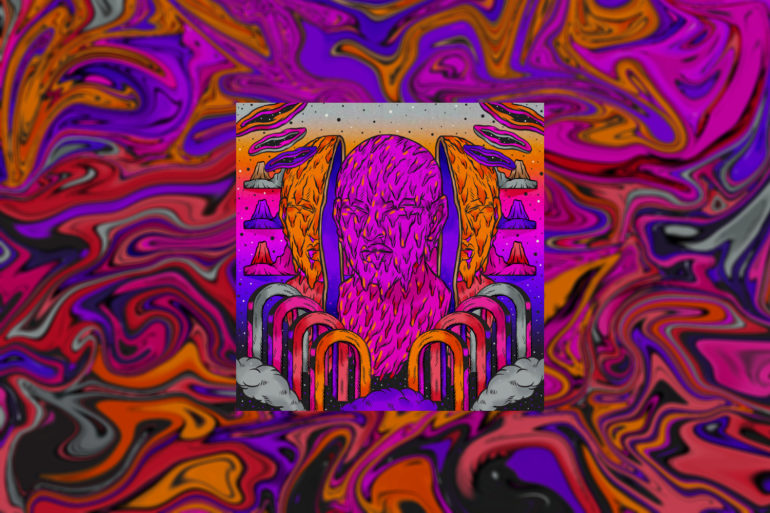 Black Letters is an apt name for a band whose evolutionary path mirrors that of the humble handwritten note – a quill dipped in ink and a piece of parchment was the preferred option for long-distance correspondence; which further evolved into pen and paper, until electronic communication came into being and rendered handwritten letters obsolete altogether.

Formed in 2007, its nascent metal avatar sought high-on-adrenaline listeners to fearsome mosh-pits. Somewhere along that path, the band started to trim the edges out while metamorphising into an alt-rock outfit. Seemingly comfortable under this garb, Black Letters delivered Shapes On The Wall in 2014, which was followed swiftly by a four-track EP Petrichor in 2015.

Fast forward to the here and now, four years since their last release, they have put out their latest album Still As You.

‘In My Senses’ seeks to assure listeners of the band’s intention of staying true to its roots as the bassline kicks in with the groove. The reverb-laden vocal melody blends in to the mix as though coming from afar but also at just about the right distance to make a discernible impact. The track is furnished further by subtle vocal harmonies, lush ambient sounds and tied together with a simple but highly effective guitar riff that appears and disappears exactly when it must. A word of appreciation also for the exquisitely used guitar delay on the breakdown. There is no palpable hint of what is to come hereafter though.

‘Break Into’ has no compunctions about the lack of winks or nudges by way of offering a clue, as it starts off by breaking into an unmistakable electronica intro. Black Letters hit the mark by shocking the listener with a boomerang that soars into outer orbit and returns home resembling a slick piece of shiny space debris with antennae protruding atop its head. Once past the initial impact, the track settles into its space and breathes a familiarly chill electro vibe right up to the very end.

The next track on the album ‘Noon’, paints the picture of a moody, reflective afternoon spent contemplating the vagaries of life. Ably supported by a minimal groove held together by the kick drum and bass, clean arpeggiated guitars contribute to creating an unsettling, almost eerie, soundscape. The interlude section generously infuses more electronica influences with white noise rises, shrill single high pitched notes, and an array of rotary effects before a carefully orchestrated crumble down brings the song to a close.

‘Not a Thing’ feels just like that thing the doctor ordered post the fervent conclusion to ‘Noon’. However, at under a minute and a half, it leaves the listener wanting for more; especially after the attractive riff at the top. They do make up for it by segueing into the head-bob inducing ‘Some Do, Some Don’t’ which starts with an arresting groove, backed by synth-bass and vocal lines laced with effects. The chorus is a definite nod to their influences. Driven by a running bass line and plucked guitar chord structures, it deftly releases the tension and elevates the song into a blissfully open sonic space.

A deceptively busy percussive groove prepares us for the start of the sixth song on the album. Titled ‘Landscaper’, the track thereafter eases into a steadier rhythm lead by a minimalist guitar riff coupled with soothingly airy vocal lines. It is worth waiting for the bass to enter the fray and the glorious arrangement masks the underlying tension in the lyrics “One man whose colours, covering in a nation’s towers, looks like a mob’s been sent your way”.

At this point in the album, Black Letters longingly look back at their alt-rock sound as they usher in ‘Other Side’ with a tom based groove washed in fuzzy synth taking over. The solemn, almost wistful feeling elicited by the track stays with the listener until the first notes of the piano backed by ambient noises signal the start of ‘Still’. This delectably thoughtful piece gently holds the attention and brings about unexpected but welcome tranquillity to proceedings.

The final track ‘Dripping’ speaks of an unresolved conflict gnawing away at the protagonist. Electronica is firmly back in the mix as the voice implores “Lay down your arms and hide” and yet, the aggression seems to gradually simmer down with “Throw a well-aimed punch, I’ll try backing away, Dripping through my nostrils” towards the end of the third verse. The change in tact brought about by the lyricism is juxtaposed by the sudden shift in the tone of the song towards a tense, more aggressive beat, thereby bringing about an edgy conclusion to the album.

For an album that has been three years in the making, Still As You delivers plenty of surprises on the musical front but also hints at an as yet, undefined new sound for the band. It, therefore, comes across as a transitional phase in what has undoubtedly been a long journey. That said, from a creative standpoint, the band seems to wantonly find themselves on the edge of what is possible, and coupled with their advanced sensibilities and an innate understanding of the craft only bodes well for the years that lie ahead. The only question being if they will embrace their newest evolutionary streak all the way through and if so, what then will it sound like at full pelt?