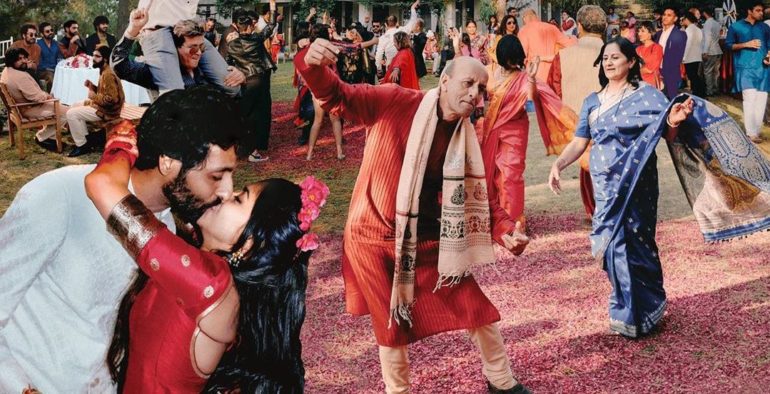 Bismillah is an emotionally pungent and sublime release from Peter Cat Recording Co.

The ultimate “this band needs no introduction” band, Peter Cat Recording Co. has carved up a pretty impressive burrow in the indie scene of Southern Asia. For over a decade now, this scruffy gang of outcasts and weirdos have endured confused glances followed by a cult following and several changes in their lineup. To take the time and effort to compartmentalise their sound into genre labels would be foolhardy and to be frank, a little insulting. The truth is, just like a Wes Anderson film, the band’s sound is a genre in itself. Their discography and live performances display a distinctive blend of jazz, crooner, soul, funk, disco, electronica and even post-rock influences. This oddball cocktail may put some audiences off at first but this brew of weirdness ages remarkably well.

So after years of studio silence, the band decide to drop their third full length album, Bismillah. The sonic direction of the album closely resembles the tropical and leisurely attitude conveyed by the album art. The production on the album is pristine, quiet and reserved. However, the themes and underlying emotions simmering beneath the veneer of the bright and catchy instrumentation are bound to catch you off guard more often than you would prefer to. Frontman Suryakant Sawhney takes the lyrics in bolder and darker directions. When he isn’t making a blatant political statement, Suryakant manages to waterboard us with pessimistic and gloomy wake-up calls about failure, regret, disillusionment and disaffection with the world around him. The predominantly pastelle production and instrumentation convey a sense of ennui and detachment with the universe, giving the aesthetic a fish out of water touch which is extremely rare in such a sparse album.

Much of this dreary subject matter marches on the shoulders of Suryakant’s incredibly stoic and measured baritone. No, he does not boast crazy Chris Cornell octave ranges. However, Suryakant takes these vocal limitations in stride and manages to deliver a poignant emotional punch with every bar. With a heavy anachronistic crooner base for his vocal delivery, he manages to pull off pretty interesting vocal acrobatics with many instances sounding like he has his jaw wired shut.

The exciting lead up to the release of the album gave us the politically charged single and opener to the album, ‘Where the Money Flows’ and its equally rebellious music video. The crooner and swing inspired track appears to have been crafted around the music video due to its airy and mostly empty interlude section in order to incorporate Modi’s infamous demonetization speech in the video.

We can see the “do more with less” mantra adhered to obsessively throughout this album. For instance ‘Freezer’ features lonely keys and desolate warped vocals. The emptiness of the track goes hand in hand with its theme of letting go, giving up and the pointless game of trying to care about everything in life. A lot of the instrumentation feature a conspicuously tropical vibe like in ‘Soulless Friends’ with its lethargic guitars and sunny, cascading keys on the hook. The lethargic and drawn out quality of the instrumentation resurfaces in ‘Floated By’ with its lazy keys and bass. Suryakant’s vocals lounge around the core instrumentation creating an almost carefree yet forlorn melody. The waltzing horns stir up images of a moonlit ballet with a bottle of scotch against the backdrop of a world that just seems to go about its own business and floats by you. Reading into the lyrics, we are exposed to his poorly veiled regrets about unaccomplished dreams and aspirations.

The album’s crown jewel, however, is ‘Vishnu <3’. The intro to the the track is sparse, silent – almost hesitant. Then, the swirling noir horns kick in accompanied by hypnotic keys. These lonely, nostalgic keys strut carefully against patient snares. The beat switch hits you like a brick wall as the song explodes into marching drums and swirling horns. Thematically, the track is mysterious, dense and almost impenetrable. We get to see a confused and chaotic protagonist as he wrestles with the uncertainty of love and other traps set up by life. The closer, ‘Shit I’m Dreaming’ also employs multiple movements, albeit with a message that sits better with our stomachs. In this track, we find Suryakant being dragged down into the murky depths of pain and failure and disappointment with him using the fact that he may be dreaming as a defence mechanism. The final movement of the song is a juggernaut of an upward trajectory. Riding on the back of soaring synths, he explodes out of the cold depths of the water that he was left to drown in. He breaks the surface and erupts in a fitting and emotionally satisfying conclusion to the dreary subject matter of the rest of the album.

When the band isn’t cruising on its instrumental prowess, we are left to deal with the gut-wrenching lyrical content of some of the other tracks. Case in point is the track ‘Heera’ which sounds like the soundtrack of a western movie which features the protagonist riding off into the sunset with the languor-laden backing vocals. The wafer-thin instrumentals betray the dark, desolate and pessimistic subject matter about how everything has gone downhill. We are hit with emotionally poignant lines like “I’m ticking like a timebomb”, sung with so much nonchalance that it almost feels surreal. ‘I’m This’ feels like a much needed breather at first with its futuristic and catchy chamber pop love song facade. However, the cute lyrics quickly devolve into the pain and suffering caused by love and its impact on the life choices of the protagonist. This ends with him giving up completely and declaring that he doesn’t know or care where the pain is coming from. At this point, we are dealing with the inevitable doom that lingers upon him and all of us with no way to escape.

However, not all tracks on the album are as precise and poignant. The disco-influenced ‘Memory Box’ with its bouncy beats and groovy bassline quickly turns into an arduous eight-minute long chore which overstays its welcome. The disco and funk influences, though fun and exciting when first presented, remain stagnant and aren’t explored or expanded on later. The lyrics use metaphors of sailing to explore how one navigates the various treacherous aspects of life. Still, the untapped potential of the track leaves us longing for what could have been. Similarly ‘Remain in Me’, and its extravagant horns become stale pretty quickly as the once triumphant horns begin to drone on.

Regardless of its blemishes, Bismillah by Peter Cat Recording Co. is an admirable, poignant, innovative and one of a kind release from a band known to thrive in the outskirts of the mainstream. The bold sonic direction, the irreverent lyrics and dense thematic quality are incredible. The album also boasts an unprecedented amount of thematic and sonic cohesion with a fluidic transition from one track to the next. As one solid unit, the album excels with flying colours, and the band’s efforts to incorporate such a diverse palette of influences and styles hits the nail on its head every single time. The album is a near perfect exploration of failure, inevitability, dread, fear of the unknown and detachment from the world around you.