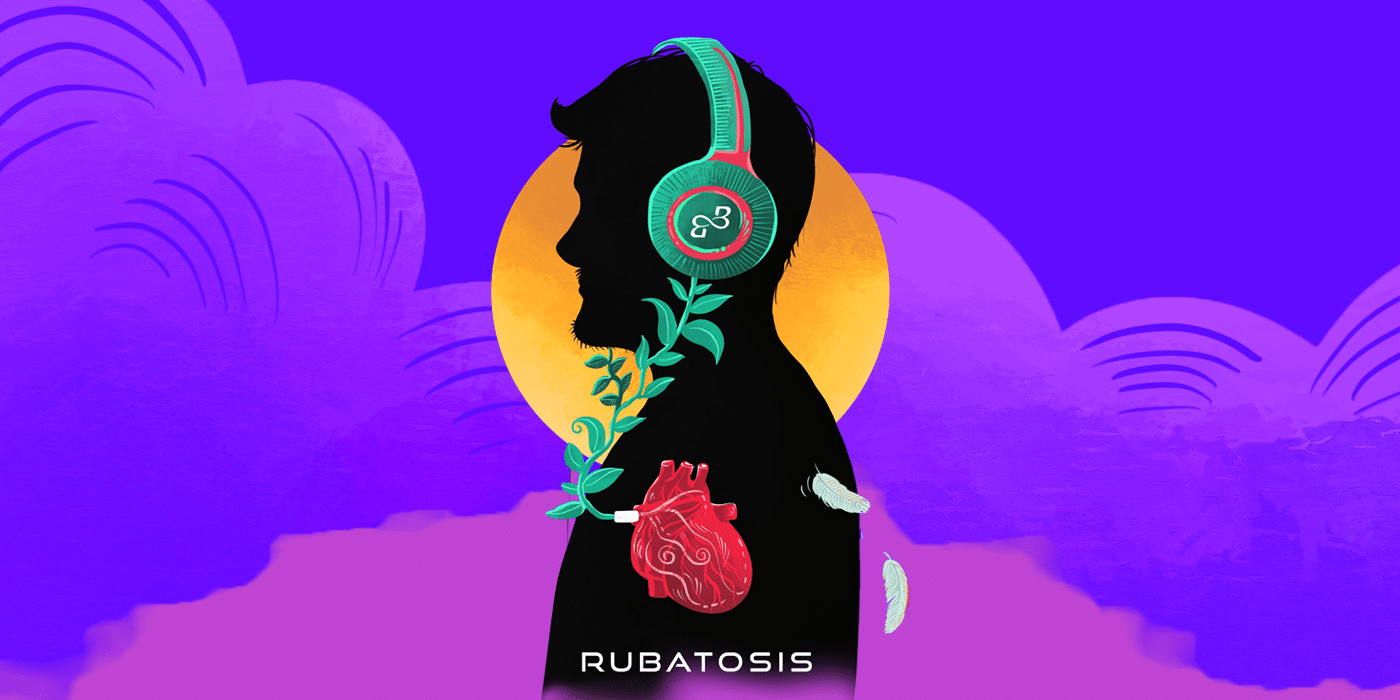 Beyond Borders transcends genres with its ambitious concept EP Rubatosis

Like it or not, all artists sport wings made of wax. Add talent, ambition and a dash of courage and we have liftoff. We know that these wings are but a placebo in the face of valiant zeal – the thankless heroes of creative aviation. However, cutting off all contact with your roots and setting your controls to the heart of the sun has obvious pitfalls as our moussaka munching friends would gladly tell us. One such product of this intrepid characteristic of artists is the crossover, a precarious feat which has been nailed beautifully by the musical duo, Beyond Borders.  They are a  collaborative effort among musicians hailing from India, USA, and Australia. Founded by Viswanath and Adi in 2017, this band draws from diverse influences such as post-rock, progressive rock, classical music, and even hip-hop to create their signature blend of music.

Like most records that push the envelope, to pigeon hole their debut EP Rubatosis, into genre labels would do their sound a severe injustice. Instead, the duo has sought to transcend these rigid boundaries and create a batch of five tracks that can only be described as ethereal. The EP has a stark thematic through-line, which is the highly relatable notion of conflict that manifests in every aspect of our lives. Each track presents a unique take on the concept in a different setting while not venturing too far away from it.

‘Rage’ will undoubtedly go down as one of the best album openers to come out of the scene. Viswanath’s infectious morsing gives way to a dark, moody and uncompromising intro comprising busy bass and drums. The track fires on all cylinders and takes cues from the aggressive and braggadocious attitude of 90s hip hop with nu-metal djents and a post-rock twist. We are treated to almost impenetrable layers of synths, keys, strings and percussion. The powerful vocals assert the duo’s dominance as a force to be reckoned with and seek to overcome betrayal and other hurdles by being an absolute juggernaut.

‘Believe’ is a more intimate and grounded track which still manages to stoke the powerful flame created by the opener. The instrumentation consists of beautiful keys and unassuming percussion with trance-inducing synths. The track features clever, introspective and almost dogmatic lyrics about the conflict between the ease and comfort in treading the beaten path and actually doing what you want to deep inside.

‘Transcend’ is a deeply conflicted track about the protagonist struggling to find a direction in his life. He progressively gets more desperate towards the end as he reaches out to anybody who could possibly pull him out of this abyss. The emotion swings from end to end with the upbeat instrumentation and the occasionally self emancipating lyrics, which partly obscure the insecure and tortured protagonist at its core.  The instrumentation is synth heavy with beautiful keys layered over bass-drums and whispers hanging in the background. The layers keep getting deeper with more ethereal synths and guitar tones that keep fading in and out.

‘Clean Slate’ is an instrumental track for the majority of its runtime. It features low key guitars in sharp focus, with atmospheric and pulsating synths swirling the background. This is the foundation for an infectious bassline, coupled with glitchy keys over staccato drums. The track is chaotic in that it eschews the notion of maintaining a specific emotion or direction. This makes for a psychedelic experience which sweeps the listener off their feat. Thematically, the track is extremely heavy. On the surface, it appears to talk about finding your proverbial ‘clean slate’ by being bold but at the same time, shedding your ego and finding strength in unity. The track also touches upon the virtues of exploration and stepping out of your comfort zone, a trait which the duo themselves embody while crafting the song.

The closer, ‘Home’ featuring Maya is about the consequences of running a cut-throat rat race. The track builds off the theme of unity in the previous track and broadens the message into overcoming any and all adversities and internal conflicts that you might face in your journey back home. The lyrics are poignant, direct and elevated by the hypnotic and motivational chorus. The track features angelic synthesisers engulfing the  stripped down instrumentals consisting of intimate keys and restrained percussion. The track ties together the themes of the EP beautifully and present the idea that conflict – both internal and external is best overcome by joining hands and the power of unity. The idea that self doubt and conflicts are just constructs waiting to be shattered is fleshed out perfectly.

Beyond Borders manages to retain its wings by finding the precise balance between boldly flying into the abyss while remaining tethered and grounded. The band’s self-awareness and control over the rhythm that drives them is evident in the honest and unassuming lyricism and instrumentation. The aptly titled Rubatosis features production that seems to be focussed on the visual and aesthetic experience that comes with an ambient/electronic sound, coupled with the raw power and emotion which is inseparable from its rock instrumentation. The duo’s vocals blend beautifully with the soundscape to create a cohesive experience from beginning to end.