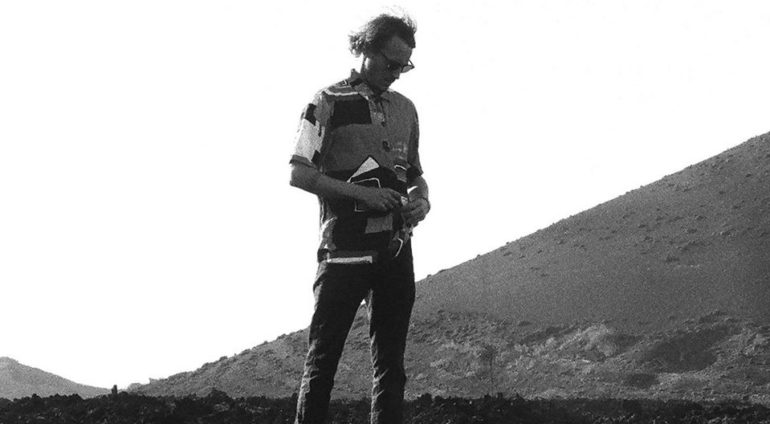 Ben Howard is back on the grid after four years of contemplation and hesitant appearances. His new album, Noonday Dream, surpasses his artistic ability of the first two highly acclaimed ones. Full of distorted sounds and scattered vocals, the British singer-songwriter’s third attempt throws light on his struggle with distress and how he overcame it.

The album opens with ‘Nica Libres at Dusk’. The track deals with the endless possibilities that the world offers, how to evacuate confinement we create for ourselves and reach out for them. These emotions are smartly conveyed through lyrics like “I order a Colada / and sit, count my dollars / and watch eagles soar in circles perpetually,” and “Today I will stare at the sea, till my eyes feel weak.” His last record, I Forget Where We Were, had a clear darkness about it. Noonday Dream is still dark, but it sees light seeping in from the gaps. The tussle between light and dark gives it a very realistically positive, more hopeful, aura. Lyrics from ‘Towing the Line’ exhibit that sentiment clearly – “Love is in the early mornings / In the shadows under the trees / Not in the cuckolded ashes / Floating down from the rookery.”

‘A Boat To An Island on a Wall’ begins with overlapping horns which would signal danger in a periodic film. On the track, they signify his fight and eventual triumph over darkness, perhaps. The horns soon smoothly meld with Howard’s low murmur over a guitar. Towards the end of the first verse, the music gets tense again before the drums kick in with a promising beat. The whirlwind of emotions blends into a crescendo for a blissful minute long finish to the track.

Ben Howard’s vocals have become refined over the years, but also much heavier than they used to be. It seems like he will never grace us with the chirpy and encouraging crooning of ‘Keep Your Head Up’, but the low murmurs, almost whispers, are a welcome replacement. It is hard to decipher the lyrics as his voice merges with the instruments; it takes the back seat allowing the genius arrangements to take the centre stage. Extremely shy in real life, Howard likes to hide his words and feelings behind complicated melodies, much like poetry.

He allows for a muffled, laid back interlude – ‘All Down the Mines’ – that gives respite from the intense record. What sounds like a recording of one of the band’s jam sessions, quickly moves on to ‘The Defeat’. There is a hint of electronic sounds throughout the album, but it is eminent on this particular track. He even jokes about there not being a bridge on his songs, but then again, he has never been one to follow structure. He calls out the lack of purpose as he sings “Make me wonder again / or make me learn to pretend.”

For ‘There’s Your Man’, Howard’s vocals take the spotlight for once. He is confrontational as he accuses this other man of being all talk and lavender, with no affection. There is an echo in his voice as if to restate everything he says to add more gravity to his accusations. The melody is also more fast-paced, the fastest it has been on this album, which adds to the urgency of his vocals.

Noonday Dream has a strong finish in ‘Murmurations’. The first half of the song hardly sees any intonation but doesn’t lack in emotions for a second. The words are ramblings of a mature, self-aware songwriter. He now knows the value of living and loving every moment, and sings “Married to the sunshine in my mind / I was floating away / I can see all the flowers in full bloom / I wish I could last and stay / Whole world living in the darkest hour.”

When he started making solo albums almost ten years ago, the wave of independent artists had taken tide and the industry was flowing with male singer-songwriters. Howard managed to stand apart with his exceptional writing and his expertise in emoting. He emotes with all he has, yet doesn’t reveal much and leaves it all open to interpretation. He had skilfully executed this pattern on his sophomore album but has mastered it on his third. Ben Howard’s three albums combined can be a volume of literature. Noonday Dream has so much depth that it could fill an ocean. It is hopeful with some darkness; it is as real as it gets.