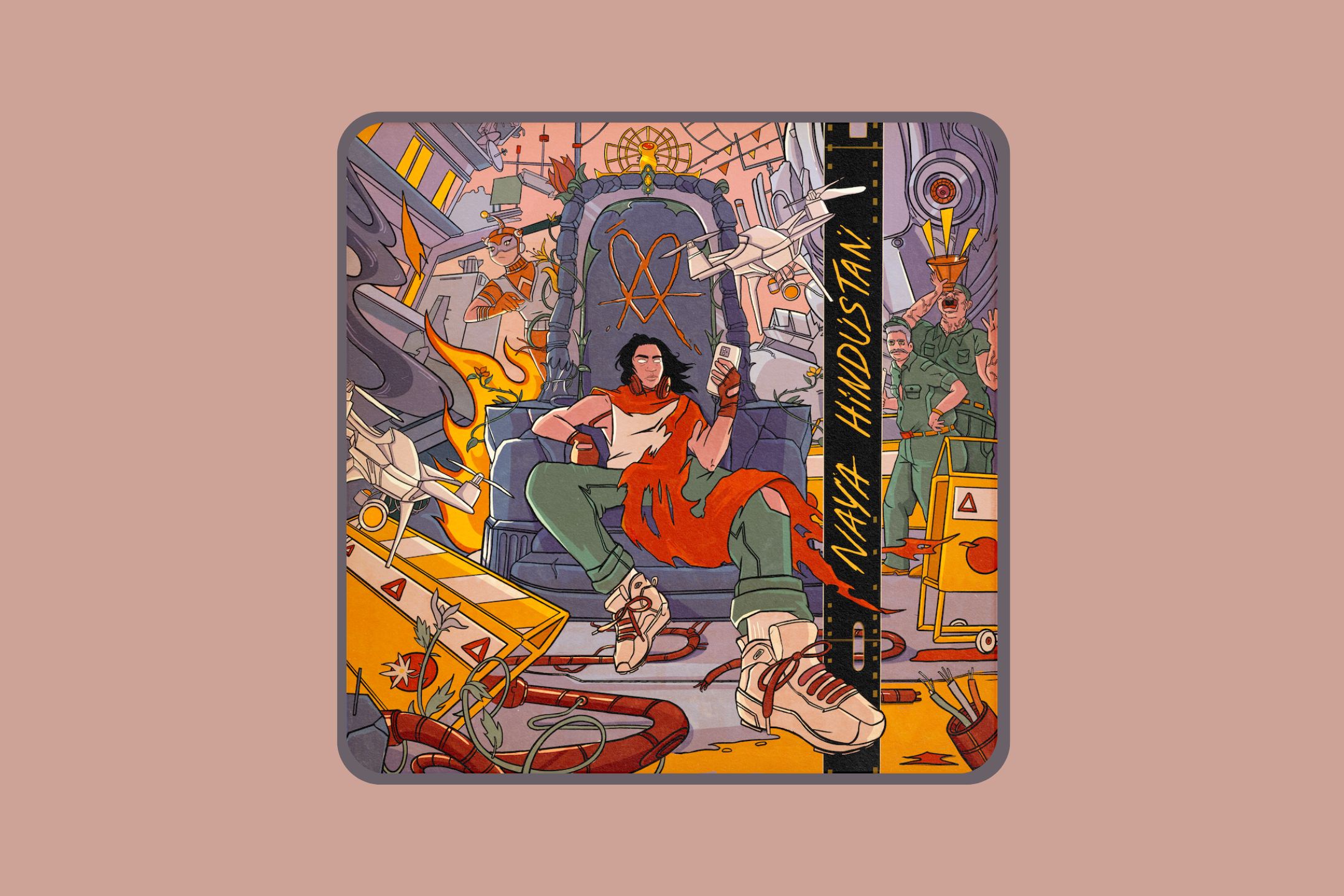 BC Azad’s trilingual album Naya Hindustan is a wavering debut

Any artist you could ask out there would tell you the very particular anxieties of the first release. It is the primordial precedent, the forever frame of reference, the defining signature that showcases the artist. BC Azad’s debut album, quite fittingly named Naya Hindustan, takes little notice of any such anxiety. From the horse’s mouth, the 11-track album is a “hauntingly satirical take on the current state of the world… each song presenting unique, subversive perspectives….” How much fidelity this proclamation bears, is the endpoint of this foray.

That an album about subversion and satire that aims at the political, is etched out in hip-hop, does BC Azad all the more favour. This is no lip service, however, owing to the innate and inextricable blend between hip-hop and resistance. Peppered with collaborations with musicians such as Plastic Parvati and EXCISE DEPT, Naya Hindustan is certainly more than the genre—the cage—that it works within.

The opening titular track introduces itself and the album in a sombre hue. It is almost ominous in its sonic pallor, and soon parkours into a free flow of rap that both draws attention to itself and to the wasteland that is the “Naya Hindustan”. One of the strongest features of the album has to be its trilingualism—a glorious convention of Bengali, Hindi, and English.

‘Prithibi Chai’, predominantly Bengali, albeit being lyrically pithy, references Bangladesh and West Bengal (Kolkata), perhaps to allude to a union of souls between East and West Bengal. BC Azad doesn’t shy away from the realm of the obscene—‘Bakchod’ is a strain of invectives written in unrelenting rap, charting soundscapes from the sexual to the blithely morbid.

Despite being posited in a subversive light, Naya Hindustan fumbles in the habit of indulgence that many rappers before BC Azad have fallen to. ‘THOTS N PRYRS’ actually does nothing but regurgitate juvenile masculinity and vacillate in a haze of heteronormative lewdity. This is not a critique that puts the personal and the political at binary odds, for indeed there can be hardly anything political about, “I wanna fuck you in uncomfortable positions / No I just wanted you to gimme your attention.”

‘Terms and Conditions’, written in all the aforementioned three languages, is perhaps the most potent track of the album. It is a sonic drama that redeems its predecessor, blending the personal and the political beautifully to the ends of asking questions about art and the artist.

Naya Hindustan is a promising album, and the artists who worked on it definitely left their marks and do not spoil whatever broth BC Azad had on the stove. The production by EXCISE DEPT is rock solid, and it is all the more pertinent as the sound is the most crucial aspect of the album. By sound, I mean not only the perfect music that enables the rap, but also the delectable phoneticism of the rap itself. Silky smooth in an array of tempos, the bars are unfaltering, insistent, azad. It is perhaps best to attribute the lyrical monotony and predictability to the album being a debut release.

All in all, Naya Hindustan deserves your attention, as a promising corpus of hip-hop that helps music transcend language in a country that is so swayed by lingual fascism.