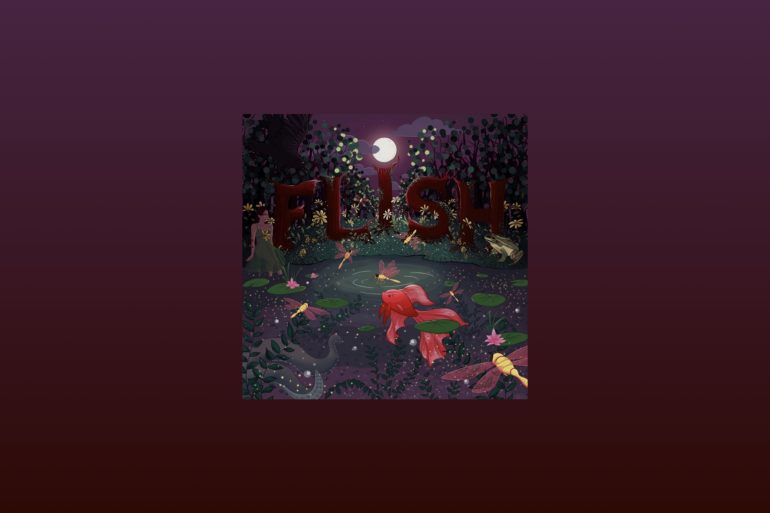 Mumbai-based singer-songwriter Banat Kaur Bagga describes Flish as a symbol of her progress and journey as a musician. The 5-track EP was streamed exclusively on Wild City, before being officially dropped this Friday. Banat’s bandmates Yash Rohra and Siddhi Shah have lent their skills on the bass and drums respectively for some tracks and the project is produced by Vishal J. Singh.

Inspired by neoclassical sounds and story-based lyricism, the EP is heavily based on guitar riffs and piano melodies. Banat has managed to marry the composed trills of her voice and her intricate semi-classical musical knowledge that she has grown up with, throughout the soundscape of the entire album.

Introducing the EP beautifully is ‘Taabir’, a guitar-based track that instantly hits you with Banat’s unique vocals over prog-rock inspired acoustic guitar and drums. Subtle basslines accent throughout the entire song bringing out the dramatic element of the production. A short spacey musical break around the bridge brings in a raw crescendo before fading out.

The second track ‘Ode’ comes in with folk-inspired vocals over soft rock guitars and drums. A musical break after the first verse shifts the song entirely by bringing in new piano and vocal melodies, harmonizing together over consistent guitar and drum patterns. The song shifts tones again towards the end of the track, bringing back Banat’s vocals with heavier instrumentalization. The third guitar-based track ‘Your Vancouver’ shows off a more prog-rock sound with crisp drums, melodic electric guitar riffs and Banat’s unique vocals.

The last two tracks, ‘FTCIY’ and ‘Flish’ shift the EP towards a more piano-based, classical and theatrical feel with a mature sound. A personal favourite, ‘For the Child In You’ is based on classical piano melodies, sonically inspired by the likes of Yann Tierson and such. It features a perfectly minimalistic and cinematic soundscape with playful melodies on wind instruments.

The concluding song of the EP, ‘Flish’ is the second piano-based track which is both haunting and sober. The lyrics compare the lives of a fish and a fly – both envious of each other’s worlds. Banat describes ‘Flish’ as a track that is inspired by the idea of the grass being greener on the other side.

Flish is a rare and niche find in the indie soundscape. Sonically, the EP is very dramatic, journeying through surreal, natural, playful and eerie elements that are very meticulously brought together. Despite there being a space for slight improvements in the final sound of the project, it is a very fresh and beautiful listen.