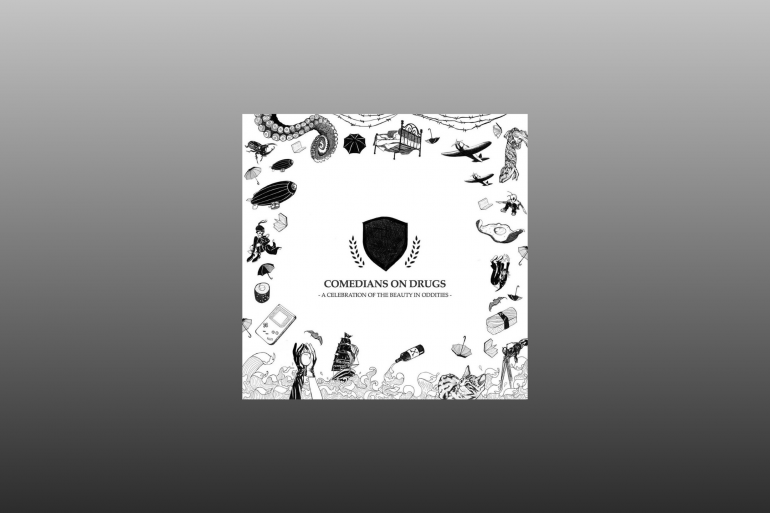 From starting out in 2013 as a group of friends who loved jamming together, Aizawl-based Avora Records have established themselves as a live act in Northeast India’s music circuit, armed with a sound that is uniquely their own. Since taking the crown at several music competitions in 2017 including the Hornbill International Rock Contest and Sennheiser Top 50 Season 3, they have been hard at work, releasing a string of music videos and recording their first album, which released earlier this month.

The five-piece band, consisting of frontman Stephen Hnamte on vocals, Sanga Ralte on drums, Ruata Renthlei and Khos Hmar on guitars and CK on bass, ooze charm and youthful energy. Comedians on Drugs’ tongue-in-cheek lyrics and accompanying music videos, filled with self-deprecating humour, reveal a band that does not put on any pretences. But do not let their cheery exterior fool you; Avora Records’ riff-packed arrangements and experimentation with different sounds point to their ability to push musical boundaries and craft compelling melodies.

The album opener, ‘Imperfections’, begins with a smooth, early 2000s R&B-flavoured introduction before switching into a sound that sets the stage for the rest of the album. It is as if the band is stripping away a veneer of perfection and confidence to reveal their deeper anxieties. The song constantly alternates between a subdued section decorated with ambient guitars and Hnamte’s emotive singing, on the one hand, and something darker, on the other, as throbbing guitars and siren-like sounds wail underneath cautionary whispers: “Bad kids are coming knocking at my door.”

‘Sunday’, the first song from the album that the band released with a slickly produced, pastel-toned music video, is both immediately catchy and observant in its commentary on the travails of modern life. The band could have easily chosen to remain in a musically feel-good, sunny territory for the entire song, but instead, they keep things interesting with a chorus that uses minor chords and pounding guitars to convey the sense of futility contained in the lyrics: “Watch me fade away.”

One of the album’s most memorable tracks, ‘Waltz of the Foolish Youth’, is an 80s inspired ode to the bittersweet feeling of reminiscing about a past relationship. If Taylor Swift’s ‘Love Story’ and Starship’s ‘Nothing’s Gonna Stop Us Now’ had a lovechild, it would sound something like this. Hnamte sings with youthful naivety about a time when it seemed that the relationship felt invincible, that it would surely last forever.

‘If You’re Not Sweating To This Then Honey You’re Not 90’s’ cheekily riffs on Michael Jackson’s ‘P.Y.T. (Pretty Young Thing)’. The track, full of spunk and attitude, has both J-pop and funk running through its veins. Meanwhile, ’23:00′ is a slow jam in a style that has been popularised by Tom Misch and John Mayer. The song captures that fleeting moment during the evening after all the action has died down; when the inner voices in our heads become impossible to ignore. Amidst guitars that sound like twinkling stars, Hnamte sings longingly: “I count the days till I see your face”.

The eagerness of Avora Records to embrace their weirdness and play around with different styles, from neo-soul and funk to punk and shoegaze, is audible on tracks like ‘Artificial Sweetener’ with its funky guitar licks, ‘After the After Party’ which dabbles in early 2000s punk-pop, and the anthemic ‘Borders’. Detectable influences throughout the album include pop-rock giants such as Fall Out Boy, the 1975, Maroon 5 and Panic! at the Disco, while post-hardcore and metal, too, inform the band’s sound. The eclectic sonic palette that the album dips into makes Avora Records appear unsure at times of their musical direction.

The largely analogue production, too, while contributing to the band’s clean tone, leads some of the songs to suffer. For instance, the use of more electronic elements or backing vocals on certain tracks would have added more textural complexity while also helping to create a fuller sound.  However, the songs successfully play to the strengths of each individual band member, from Renthlei’s classic-sounding guitar solos to Raalte’s seamless transitions between headbang-inducing rock beats and heavily syncopated rhythms.

Comedians on Drugs has been a long time in the making (Avora Records started working on the album in 2017). Containing cleverly constructed songs, intricate arrangements and lyrics that wear their heart on their sleeves, the album has been worth the wait. With their first full-length release in the bag, it is only a matter of time before Avora Records, having already conquered their hometown of Mizoram, steal the hearts of the rest of the country.