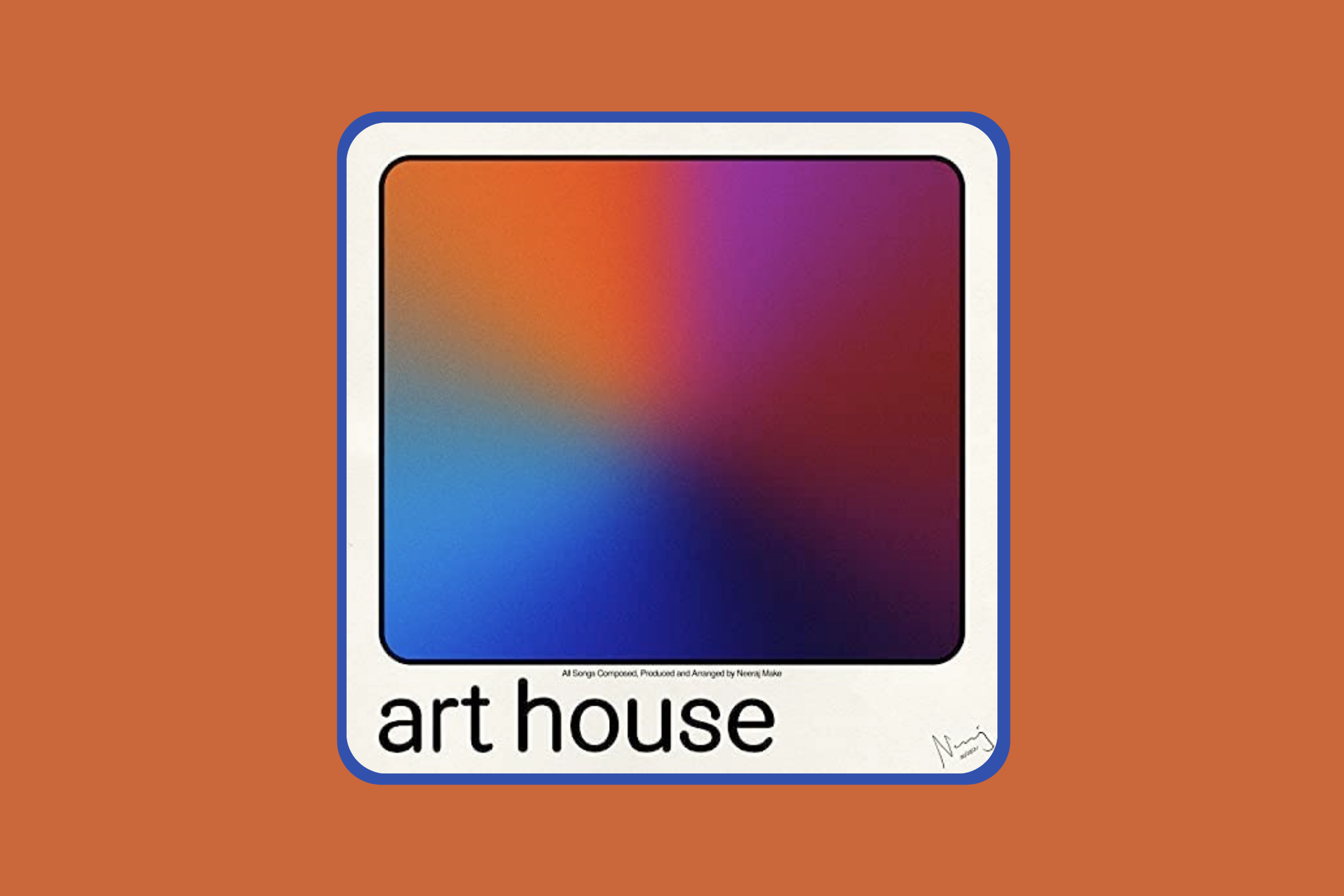 Stationing itself somewhere between a sweaty room in a club and a fever dream, Art House by Neeraj Make stands to be a genuine effort. Launched two years after his initial release of the EP One Day I Will Be Someone in 2019, the album features seven tracks, capturing a wide range of emotions. As Neeraj puts it, “Ecstasy, euphoria, dancing, melancholy, loneliness all under the strobing lights of Art House.”

‘Art House Entry Fee’ screams, “Get off your seats and get grooving!” to an audience that barely exists, faces blurry and sounds drenched in groove – “Art House is the night club in the street that doesn’t exist, but there is always a waiting list….” The track is held together by two simple, arpeggiated chords overlaid with spacey synths. A pseudo-hiatus presents itself about halfway in, cutting through like a ping-pong ball, meticulously panned across hazy perceptions.

Soaked in drama, ‘Slow Burn’ calls forth an ocean full of wide synths and a strong will to surrender. Minimal percussion very deliberately sets the pace of the track, however, it eventually falls short of sustaining it and lacks forward momentum in the latter half. What ‘Slow Burn’ lacks in dynamicity, ‘@mos’ offers in a trancelike ritual fusing downtempo techno and pop. With texture samples as intriguing as the track name, the score draws on dreamy, evocative synth pads. It is at this point in the album that the label ‘nu-disco’ would be most applicable. Besides luscious pads and clean production, the track recreates an all too familiar ambient drift echoing through clubs, fitting the @mosphere just right.

The comfort is kept consistent throughout ‘The Less I Talk The Better’, but is orchestrated almost too minimally for the extensive range of synths, percussion and textures used. However, it nearly serves as a breather for the next and longest one on the list, ‘Ethiopian Opal Fever Dream’, which is when the album arguably reaches its sonic peak. The track features a generous two minute build-up, before the drama takes over and crashes. A slow, lazy lead synth is complemented by (almost too) soft arpeggios that surround it like a warm blanket, a near miss from the potential of impact an arrangement like this has. If you hadn’t already caught onto the trance-like flow, then this would be your cue.

As far as track names go, the album’s a banger. ‘String Theory’ has you fall in love with the song the very moment that you realise the reference. The foundational synth recreates in its progression, the tone of the most iconic string synthesizer of all time, Solina V – one that Beach House made infamous. Drenched in chorus, the track falls somewhere on the boundary between experimental and ambient. Setting in motion a soft adieu, ‘Last Taxi’ unravels subtle layers of sonic textures with time, putting together a graceful end to an ethereal venture.

Although not all tracks would lure dance-hungry persons to lose their inhibitions and get onto the dance floor, it carries traces of the sweaty echo that clubs often sustain. What it does offer is a toned down, dainty rendition of melodic techno. Art House presents better as a concept album that highlights the journey of the artist as much as the art itself, leaving little separation between the two. It is, however, a commendable effort in the ambient, post-house facet in the independent scene, expanding the list of explored genres extensively.