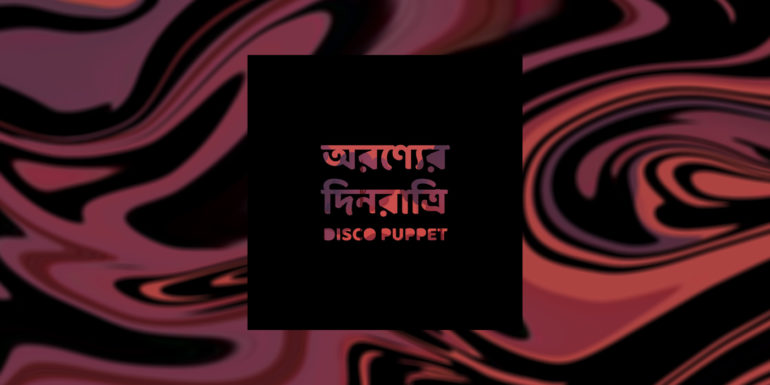 Bengaluru musicians appear pre-disposed to delving into the weird and the unusual when it comes their music. Some, while playing in bands tend to fall into experimental phases, while some do not venture beyond the warm comfort of their jean jackets. Disco Puppet’s sophomore release Aranyer Dinratri, concocted by 26-year-old Kolkata-bred drummer Shoumik Biswas, is rooted firmly in the former category.

Released on Consolidate Records, the album is named after the 1970 Satyajit Ray film of the same name. Puppet took not just the name but heavy thematic inspiration from the film, and describes the album as being, “presented in a stream of consciousness format, where the tracks flow into one another, weaving a narrative of search, discovery and acceptance.” Which, in a way, is true as the 11 songs move through several moods and sonic territories over the total 40-minute runtime.

Concept albums aren’t exactly easy to pull off, especially ones based on niche, regional cinema. Puppet, being of Bengali origin, took to this film and others by the acclaimed Bengali director as a “window to his personal art and history.” But the inspiration runs much deeper. There are recurring motifs littered throughout the album which, in some cases, make up the core theme of the songs themselves.

Some samples sound somewhat unusual to the ear at first, but once the listener dives into the album’s music and even the film, things slowly begin to make sense. Like the dialogue, “dena babu” [give me some, sir], spoken by Simi Garewal’s tribal character Duli asking for booze, appears no less than four times on the album and even makes up an entire song on its own with ‘Aadha Pauwa’.

The producer retains some signature moves on this album, like finger-drummed 808-style beats and auto-tuned vocals. But there is a varied sound design on each song, as this album goes in a more experimental domain compared to his 2017 album Princess This. There are spacey pads on the many interludes which feature found sounds. Several lead and melody lines recorded through the producer’s toy-like Casio SA-47 keyboard, like on ‘Heart Of Gold’, sound absolutely great.

Some songs are sung in Bengali like ‘Tui Eto Bodhmaash Keno Reh?’, which is a first for Puppet as he hasn’t sung in his native tongue in the past. There isn’t heavy auto-tune or pitch-shifting on the vocals either. It is used as a subtle flavour, as opposed to a central vocal effect like on Princess This. Puppet does hark back to his beat-heavy style on ‘Eh Baba!’ featuring a repeating sample from the film of Rabi Ghosh’s character attempting to break up drunken chaos.

The album sounds easily like a soundtrack to a film in its own way, flowing effortlessly from scene to scene and act to act. Puppet’s previous albums sounded like a collection of singles assembled together, while Aranyar Dinratri is a tighter album that stays within the realm of its concept. This isn’t an album one would play on their stereo while casually driving around town. And, in a way, the flow of the album makes you listen to it with intent. It invites serious, engaged listening. It encourages you to watch the film to catch the references, and then listen to each song as its own piece. It even prompts you to watch the Academy Award-winning director’s other films from the past century.

This evolution of Puppet’s music has consciously or sub-consciously bled into his live show. Having engaging visuals and moody lighting is one thing, but Puppet went a few steps further on the album’s launch show in Mumbai. The stage at Above The Habitat was set up with a couch, a bookshelf, several potted plants and a media player which Puppet used to “play” each song for the audience.

The theatrical show had Biswas play the protagonist, and Aditya Bharadwaj playing a crow-like character named Badie A dressed in an elaborate costume with big eyes, beak and faux feathers. The plot had the protagonist going through a series of days in his life, with interruptions by Bharadwaj’s character, and the music acting as a background score. At one point, the act had Biswas’ character chasing Badie A around the venue and concluded with him unmercifully beating the latter with his Casio keyboard. It was an unconventional blend of live electronic music, dance and theatre and was almost comical to watch.

As Indian musicians evolve and discover fresh sounds, Disco Puppet’s show was a fun way to immerse the audience into the performance of the music and add something extra to the album’s overall experience. This is a confident forward step from an artist who seems to have found stable footing. The musicality and concept is all there and it would be exciting to see what the auto-tune aficionado whips up next.