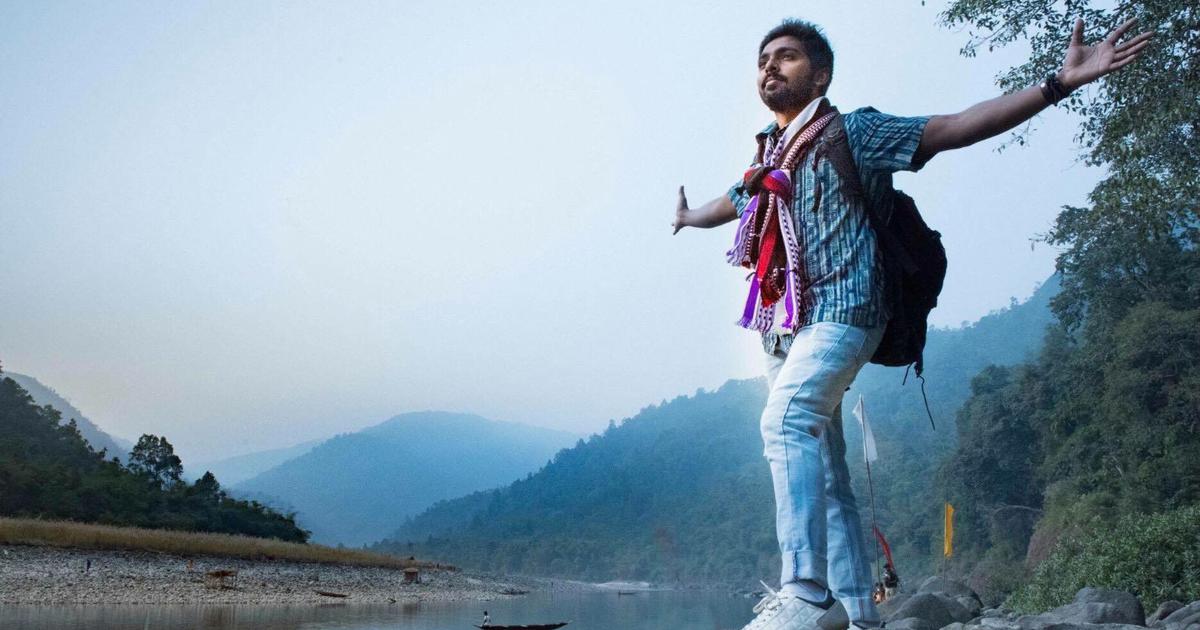 Granted, Rajiv Menon and AR Rahman coming together two decades since their celebrated soundtracks (Minsara Kanavu/Sapnay and Kandukondain Kandukondain) is bound to create all sorts of hype and excitement. Add to that the movie plot has music at its centre, adequately summed up by its title Sarvam Thaala Mayam (incidentally, words taal and rhythm also immediately evoke two superhit soundtracks by the composer). It is weighed by a tall promise to keep. Though unfairly so, it delivers in its own ways.

The title track hits the ground running, gives more than a nod to the title (“It’s All Rhythm”). It explores beats in various forms and of various percussion instruments. Beginning with a synth, almost pop sounding beats, the song keeps checking off varied and textured percussion beats. The groovy rhythm adds to the charm. The visuals, the simple groovy beats, and the concept take back to the duo’s first song – ‘Poopookkum Osai’ – which is about how pervasive music is in nature.

Early last year, AR Rahman produced ‘Ala Re Ala’ (Beyond the Clouds) – a highly engaging, pulsating mix of traditional percussive sounds set in the kuthu format. That is the closest and most recent song that pops in mind when ‘Peter Beat-a Yethu’ starts playing. Incidentally, GV Prakash lent his voice recently for another song in this genre for AR Rahman in Mersal. ‘Peter..’ is a far better song – it stays grounded and truthful to the genre. It gets a tad monotonous in the charanam. But, thanks to ebullient interludes and upbeat sounds, the song is the composer’s genre-best in a long time.

‘Maya Maya’ is the standout song of the album in many ways – an immersive melody with a fantastic glide. A silky-smooth rendition by Chinmayi Sripaada brings the melodic exercise to fruition. The arrangement is minimal, and Kamalakar’s flute is terrific. It is yet another addition to the growing list of songs shattering conventional pallavi–anupallavi–charanam structure. The Telugu version rendered by Shashaa Tirupati is equally beautiful.

The album is diverse with songs of genres ranging from folk/gaana and filmy to Carnatic. Two songs fit the Carnatic bill to dot. Director Rajiv Menon dons the composer hat for ‘Varalama’. AR Rahman’s arrangement in the song, especially the use of Kanjira, is pleasantly evocative of ‘Malargal Kaetten’ from O Kadhal Kanmani. The song is right up Sriram Parthasarathy’s sleeves, and he does an incredible job at singing. Madhan Karky’s verses are affecting, communicates the core of the movie more than the teaser-trailers have tried to.

Carnatic exponent and mainstream singer Bombay Jayashri was last heard in an AR Rahman album in Iruvar (1997). In STM, she owns the famous kriti composed by Thyagarajar, ‘Maakelara Vichaaramu’. Again, AR Rahman’s arrangement is deft in the song. How the concert-hall acoustics comes through is particularly fascinating to witness. The song is so non-filmy and, for a major stretch, feels like a well-produced recording of a live Carnatic session. A divine string section is prominent at two points in the song, but shines throughout despite in a faded background.

The album’s best takes the form of folk/gaana in ‘Dingu Dongu’. This is another ode to the title of the movie – fills the soundscape with Nathaswaram and native percussion sounds. The proceedings of the song neatly embeds the titular phrase ‘Dingu Dongu’, that sounded so strange in the trailer. AR Rahman’s current favourite singer Bamba Bakya is fantastic, especially in rendering the opening phrases. The song also features Anthony Daasan, who breezes through a familiar turf. The song is nostalgic (of Sangamam times to be precise) and greatly connects with the listener.

AR Rahman and Rajiv Menon achieve what they set out to do in Sarvam Thaala Mayam. And in time we will see if this hat-trick works on listeners.