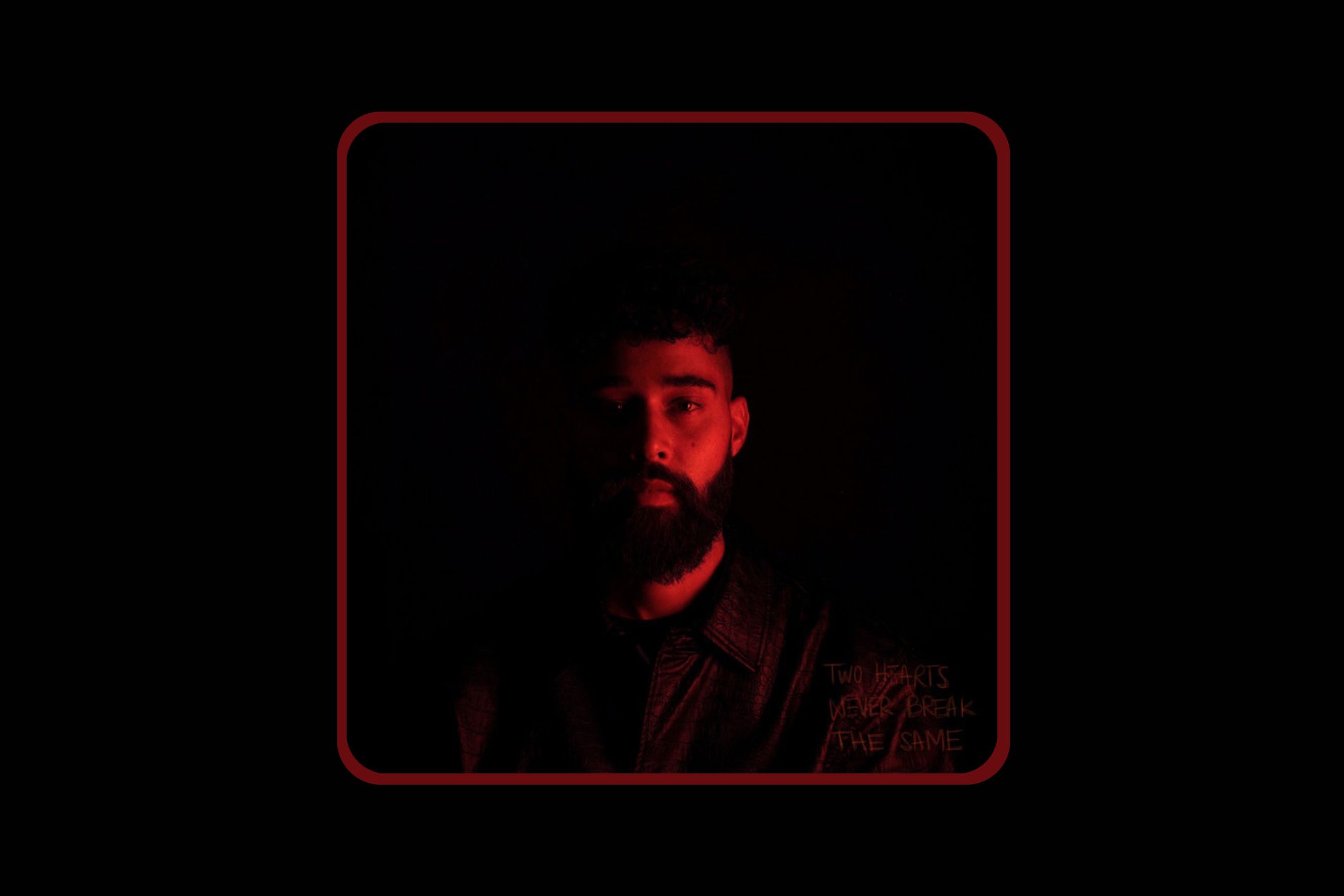 Is there anything that can stop AP Dhillon’s meteoric rise? The ‘Brown Munde’ hitmaker has steadily crept into mainstream Indian pop consciousness with solid earworms and even made ripples globally thanks to his diaspora cred (he’s Canadian), songs like ‘Excuses’, ‘Toxic’ and ‘Ma Belle’ cementing his place.

In October alone, he’s trekked across North America for his cleverly titled Out of This World Tour, even performing in hallowed hip-hop hubs like Atlanta. All this on the back of his new EP Two Hearts Never Break The Same. With a searing red portrait positioned as the cover art, it could be said that this is Dhillon’s way of making his most personal and up-close record yet – after all, his artwork has often been all silhouettes and group shots.

Visual analysis aside, Dhillon oscillates between nostalgic, brokenhearted and reassured throughout six tracks. It’s a journey that he takes on with trusted crew members/collaborators like Shinda Kahlon and Gminxr and a whole host of songwriters/producers in the room. On ‘All Night’, which is pegged as a “live” version, we hear a simmering ballad that is rooted in drums, piano, bass and guitar in a way that it sounds like a jam room outtake, except it’s energized with Dhillon’s laidback vocal flourishes.

‘Wo Noor’ flips the mood just the right amount to make sure there’s cohesion in the journey that Dhillon’s charted out for listeners. It’s not exactly the most impressive beat, but the melodic subtleties give a glimpse of the artist’s synth-pop intentions. With echoing vocals and rock-solid groove, ‘Wo Noor’ has all the makings of a song you’d bump on a late-night drive.

Dhillon then proceeds to add a disco-funk shine to the EP, making ‘Summer High’ a meaningful yet groovy bop that could be the most relatable song on the record or just something that powers all the dance videos and club nights every time. It’s no surprise that there’s a dark horse of a track that follows what is the most popular song off Two Hearts Never Break The Same – ‘Hills’. It’s got this slow, slinky and seemingly meandering rhythmic quality that just lets Dhillon float along his verses. Much like Frank Ocean or Atlanta’s best, there’s an ambient-rap attempt made here, and ‘Hills’ might just be the hidden gem off the EP.

Speaking of obvious influences, there’s no doubt that ‘Dil Nu’ takes a page straight out of The Weeknd’s playbooks. The songwriting and synth-pop direction is exactly what one might anticipate when we hear ‘Wo Noor’ at the start of EP, and Dhillon delivers just that – playful, honest and heart-on-the-line lyrics going over glimmering synth production.

The EP closer ‘Final Thoughts’ is perhaps Dhillon’s way of telling fans that although he’s ventured far on this record, he still loves writing bangers. The flashy, fast-paced drill-inspired track takes no prisoners and lays it all out with its Punjabi and English wordplay, Shinda Kahlon and Gminxr piling on for a party song that’s got good measures of menace and mirth.

There’s little doubt that AP Dhillon can explore pretty much any style he wants at this point or even push further into the space he’s known for, but Two Hearts Never Break The Same is proof of versatility and offers a sleek addition to his hit-filled catalogue.