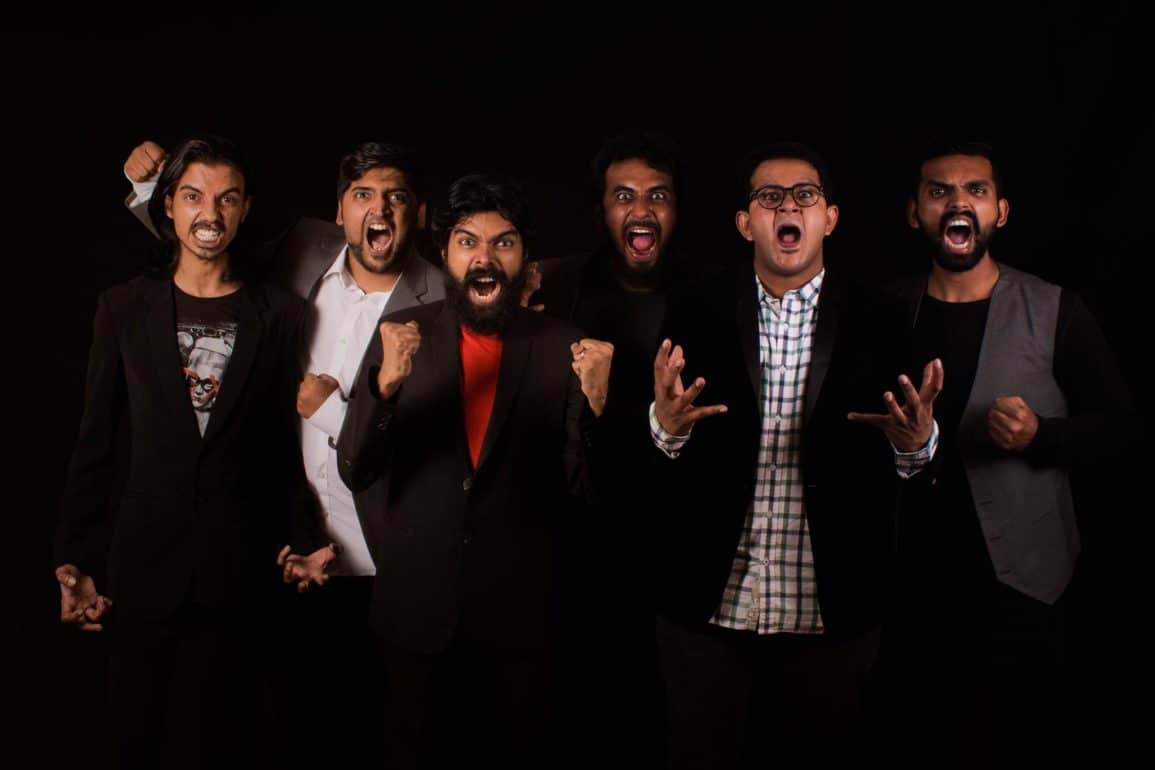 Amrit Rao and the Madrascals charm and delight with ‘Baemaani’

We live in a nation plagued with the epidemic of selfies, fake holy men and the incessant necessity to speak in Hindi. One group of loud-mouthed Tamilian vigilantes will tower above the rest and fight these injustices with nothing more than a few strings and a biting sense of humour. Their name? Amrit Rao and the Madrascals, who are out with their seven-track debut album, Baemaani. The album is a concoction of a multitude of genres and delivers much more than a charming, sarcastic slap in the face of the status quo. Throughout the album, the tone of the vocals and instrumentation rapidly bounces back and forth between that of an angry mob and a passive-aggressive pre-teen.

The album kicks off with the very intense ‘Paamaran’, which translates to “common man”. The track rallies the listener against the suppression of the everyday citizen’s freedom of speech and the deprivation of artists’ voices. The hard-hitting kick drums and heavy metal riffs make for an intense anti-establishment anthem which culminates in a total banger of a finale. ‘Buddhiketta Manidhar’ marks a sudden change in tone to an upbeat and tropical finger snapper. We are treated to a catchy hook and beautiful violins directly inspired by Carnatic music. The track with its smooth guitar and hilarious closer is a scathing indictment of fake godmen and beliefs that blind us.

‘Thanni’ meaning “water” features straightforward and poignant lyrics about water scarcity. The track is a textbook banger as it builds up from the eerie synthy intro to the wild riff-laden finale. ‘Kaattukulla’ is another shot at politics and political deceit, using very clever and interesting analogies with the jungle. However, the instrumentals come off as slightly generic and are nothing we have never heard before with the energetic riffs and a passionate guitar solo.

The album’s greatest strengths come from the clever and quirky verses that would make anyone crave filter coffee and curd rice. The band thus sticks to its guns with the last three tracks. ‘Thannai Thaane’ tackles mankind’s mortal enemy: selfies. The track is satirical and upbeat with a comedic flair; the trumpets and violins are a nice touch. However, this novelty quickly fades away as one can forgive a song with generic instrumentals due to fun lyrics only for so long. The track’s satirical sequel, ‘Kaasimedu’ proceeds to take on the demonetisation phenomenon with the same biting sarcasm and sense of humour that we have become acclimatised to at this point. The track is funky and catchy, with Amit Rao’s vocal inflexions standing out, leading to a fun ending. The closer, ‘Hindi’ is a heavy metal and animalistic meditation on the unfair imposition of the title language on every aspect of Indian life. However, it isn’t as politically charged as it is tongue in cheek.

With Baemaani, we are treated to a beautifully produced set of tracks featuring completely different aesthetics and genres: almost like a tableau, while striking a balance between a dark tone and satire. The album also doubles up as a social commentary that questions the status quo of our society and the state of affairs in the country. There is no doubt that every track is extremely charming, catchy, groovy and very enjoyable.  The album simmers with authentic south Indian charisma infused with jazz, funk and soul with hints of metal and hard rock and also flavours from all over the nation and abroad. However, it is apparent that the instrumentation has very little to do with the appeal of the album. The main selling point is the clever and hilarious lyricism brought to us by Amrit Rao. Even while handling topics that are decidedly mundane, the lyrical presentation is extremely innovative and fresh. This makes the album a very entertaining listen and one that is certain to even draw people without a serious addiction to thayir saadam.