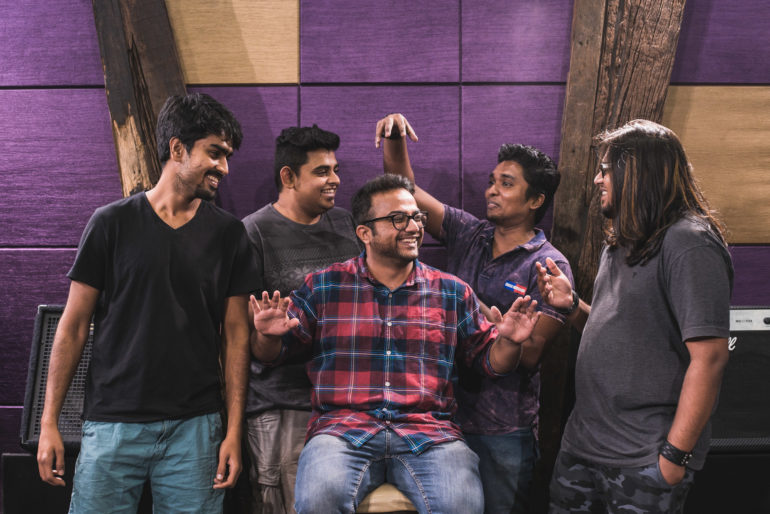 While Chennai-based Amogh Balaji and his merry men have been at it for the last couple years, their mention may still leave folks outside the south scratching their heads. A college staple, the winners of Redbull Spotlight 2018 have already had a couple of releases thrown together, a single and an EP separately. These were rough around the edges, an infusion of reggae, rap and rock sometimes hastily put together, sometimes showing plenty of promise. The lyrics were descriptive to the point of aimless, the same being said of certain solos, starting with intent but getting lost in the headyness of it all.

On What It Is, the band have traded some of that individualistic meandering for fluid songs as a whole, that have occasional flights of fancy rather than exhausting romps towards nothing. Opener ‘Losing Hope’ is a good uptempo start: a neat bassline laying the groundwork for the rap-rock verse, moving into a scorcher of a keyboard solo. The lyrics are bettered tempered, more politically outright in ‘Better Day’, while also motivational and uplifting in ‘Till the End’. Instrumentally, the band has made leaps forwards, more polished and adventurous. Bass player Michael Timothy and keyboardist Paul Livi do the heavy lifting, showing tremendous command over their vehicles yet taking great decisions stylistically.

Jazzy turns in ‘Whatchu Got’ are fun but fleeting, the vocals getting in the way a little too often. The song moves back into more rap-rock, a bemusing choice but one that will definitely be a hit during college shows. Amogh may have grown a little from the band’s previous release, but certain affectations in the rap verses are a little too grating to go unnoticed.

Closer ‘SOS’ is peaceful and spacey, the lyrics and acoustic instrumentation invoking Goo Goo Dolls and eerily Junkyard Groove. Amogh is a vulnerable mess here, “burning my SOS flares, it’s now or never”. The song is strange fit, a straight shooter instrumentally that echoes nothing of the four songs preceding it. There’s a delightfully glam and well-placed guitar solo too.

The band seems to embody a certain ethos that was symptomatic of Chennai, unromantically speaking. It’s easy to trace the band’s lineage to pre-2010 acts from the city that had this sometimes tedious inclination towards cramming dated genres together uncomfortably to create equally tedious music that was somehow still middling. No, not necessarily fusion, which was its own separate beast and was far more open about its strange trajectories. College acts, no smear on them, served a purpose. It was just a product of the time, everyone leaning on their purported strengths to excel at the only thing around back then: college competitions.

Amogh and The Homies, with songs that are still good, may be in danger of becoming synonymous with that kind of band: one formed for college crowds, with enough genres to cast a wide enough net, enough swells and dips to keep an audience on their toes. One that easily loses itself in the gymnastics involved in catering to that audience. A by-product of existing peripherally to the melodies and rhythms that the scene was peddling, perhaps. Maybe even direct resistance to the same. This is a system that seems to reward Underground Authority, after all.

What It Is is an example of a band growing into itself while saturating itself with its influences in the hopes of creating something new, sometimes unsuccessfully. If looking outside their wheelhouse feels precipitous, the band should maybe consider digging deeper underground to find a more cohesive sound