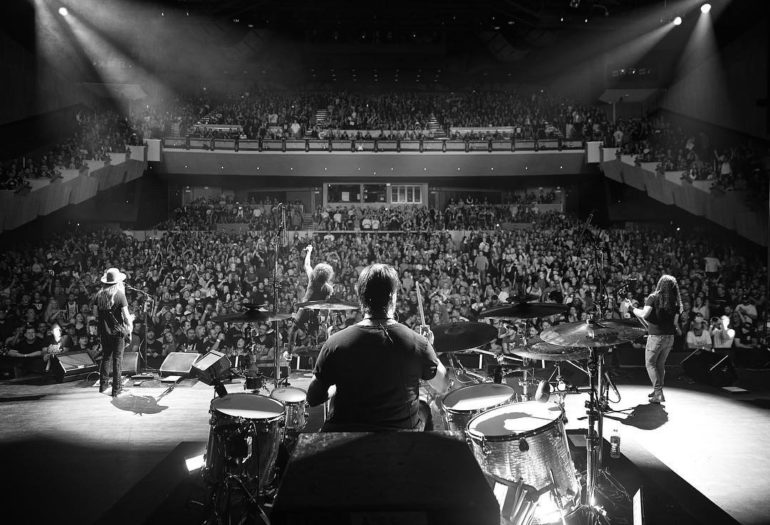 Alice In Chains returns to form with Rainier Fog

Alice In Chains: one-quarter of the reason that made the 90s grunge rock renaissance one of the most explosive and game-changing eras in popular music history. Their incomparable sophomore album, Dirt that released just a year after Nirvana’s Nevermind had a lot to say upon its release and had since withstood the test of time with the band’s stripped back and hard-hitting instrumentation and Layne Staley’s electrifying vocals. However, after his tragic demise in 2002, the group had hit a bit of a creative rut and had begun to witness their fading relevance in the rock scene.

Read more: Pioneers of a genre: Alice in Chains

The latest release, Rainier Fog which effectively marks the band’s return to the basics. Sonically, the album is a love letter to the late 80s, with the heavy metal guitar riffs and powerful drums. It is a tribute to the headlining grunge and heavy metal acts of the late 80s and early 90s that germinated in Seattle and had a massive influence on the band’s output.

The album opens up with the abrasive and grizzly lead single ‘The One You Know’. Jerry Cantrell sings about themes of existentialism and self-worth over these aggressive guitar riffs which persist throughout the track. This leads us to the title track, which pays homage to the band’s most significant influences over a pretty generic beat. However, the lead guitar during the chorus stands out and adds to the track’s intensity.

‘Red Giant’ features hypnotic vocals over instrumentation which embodies much of the same aesthetic as the previous tracks. ‘Fly’ is a generic post-grunge Dave Grohl style track that features what seems to be a set of nihilistic lyrics with paradoxically motivational undertones. The song, like most cuts on the album like “Drone”, is interjected with fantastic guitar solos where the album begins to wander into prog-rock waters.

At the halfway point is where people’s’ views and the opinions of the album would probably begin to diverge. While some would say it is consistent, others could argue that the album starts being sonically stale. However, the album redeems itself with ‘Maybe’, which opens with a very melodic and hypnotic chorus over an intimate acoustic guitar, which eventually segues into the trademark grunge guitar riffs with a pinch of 2000s hard rock. Alice in Chains touches upon about depression and alienation, and package it in one of the best guitar solos to come out all year.

The band dials up the intensity to 11 with ‘So Far Under’, which accomplishes this not by increasing the tempo, but by making the instrumentation denser and more layered. Lyrically, the track doesn’t have much to offer, but thankfully, it seems to develop a conscience and plays to its strengths with an intense guitar solo. ‘Never Fade’ is the crown jewel of the album. Cantrell wrote the lyrics inspired by the deaths of his grandmother and of Soundgarden lead vocalist Chris Cornell, among others. The words are intricate, yet direct and leave a lasting impact on the listener. The song is just 280 seconds of 80s hard rock solos and bluesy riffs over a bendy bass and driving drums.

The closer, ‘All I Am’  is one of the most memorable finales to a rock album in recent memory. It is an introspective and retrospective meditation accompanied by sweeping guitar riffs and anthemic choruses.

The album marks a much-needed jump start for the band. Although it wouldn’t hold a unique position in its discography as a new direction for the group, it is Alice in Chains’ most consistent, tight and focused record in a long time. It is a love letter to the band’s influences and a tribute to the figures that shaped the band into what it is – an aesthetic which at its core makes the album a compelling listen.