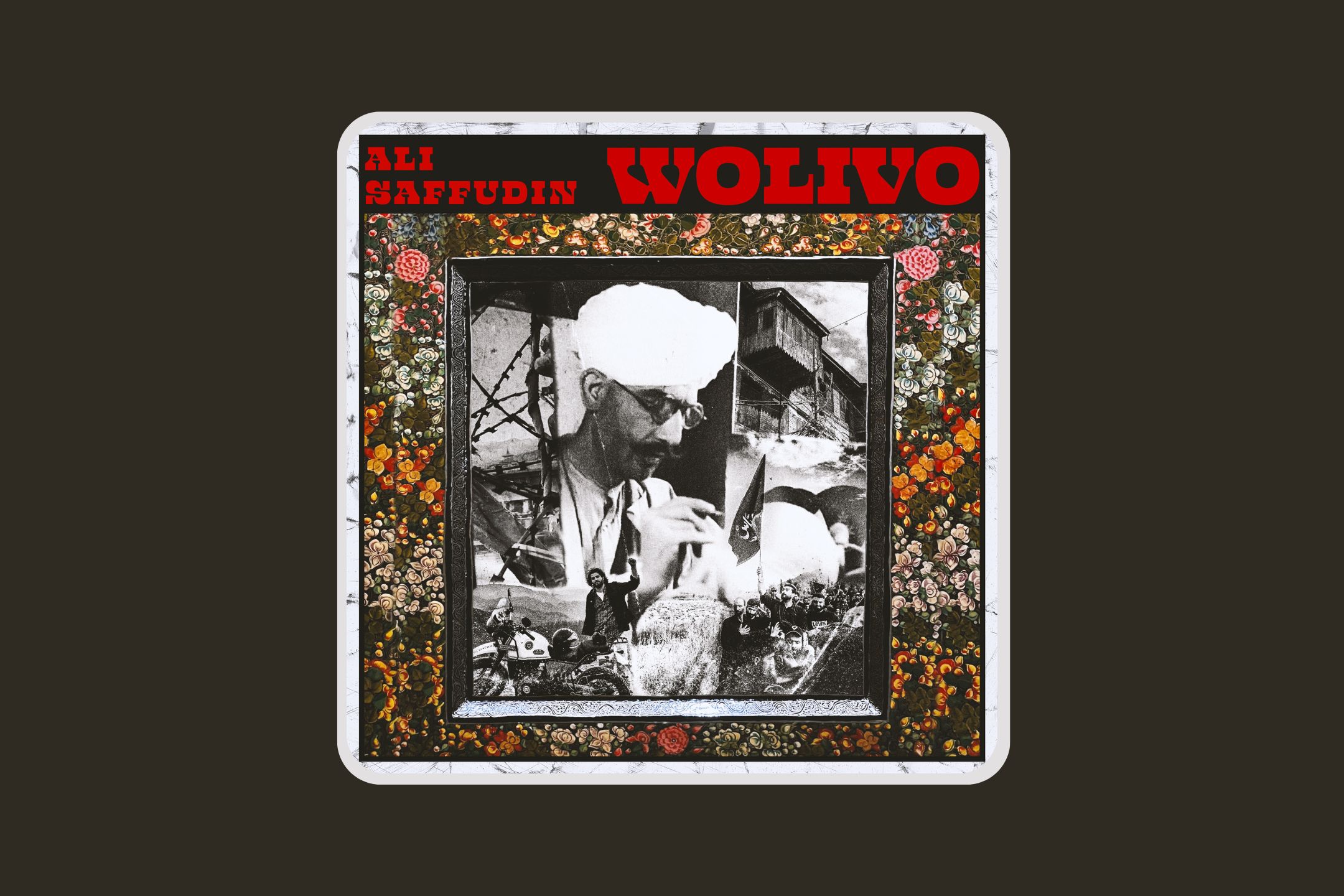 Kashmir is a land of immense connotations—fraught with constant ideological crosscurrents and unrest. It is a place where stasis is wishful thinking. Perhaps unsurprisingly, listening to Kashmir-based musician Ali Saffudin’s debut album, Wolivo, is an experience teeming with “the juxtapositions between chaos and beauty” that the land embodies in its every breath.

Wolivo is strong, and I mean strong. Built of battle and bereavement, it heaves and rallies with a sound that is as unflinchingly potent as the spirit driving it. The primary languages are Hindi and Urdu, both working in tandem to deliver the staunch ferocity of the album. The opening track, ‘Wadiyon Mein’, arrives in aplomb, underlining the unbounded spirit of the album. Ali’s voice, brimming with depth, delivers in both crescendos and troughs as the song charts out the album and his identity and origin. The album’s titular track starts rugged and gruff with the acoustic guitar, and soon Ali provides a suffusion of Sufism as an onslaught of percussion and electric guitar knocks the listener out.

Following a powerful opening, a song like ‘Jinki Wajah’ highlights Wolivo’s flexibility. Soft-paced rap and vocal stretches with powerful songwriting are painted on a sound that has by now familiarised itself with the listener. ‘Zehni Ghulami’ assumes a similar tonal shade.

Going up to ‘Sleep Song’, the presumption is that Ali would tone things down a notch. The instrumentals, in relative terms, softly amble and his voice reigns free. This lull is intentionally misleading, as he shall hardly get any sleep, for the circumstances of his very existence preclude any such possibility, as he croons, “Saare sapne meri, haqeeqat se behtar lage”.

‘Main Nahi Maanta’ undoubtedly does minimalism a great favour with its instrumentals. The lone acoustic guitar, made all the more potent for its very solitude, accompanies Ali as his vocal dexterity takes him to heights deemed impossible for the grounds he stands on.

The last song, ‘Behta Gaya’, is an ode to “silence and memory as a form of resilience in Kashmir”. Naturally, the song eases into sonic spaces of tranquillity where acoustics reign. As the river Jhelum flowing through Kashmir, which the song references, ‘Behta Gaya’ flows with glorious effervescence from Ali’s full-throated ease, emblematic of the peerless persistence of Kashmir and its people.

Wolivo, with undeniable credit to Ali Saffudin, is every bit an achievement. One can neither begin nor end anywhere in what is essentially a continuum of music, memory, reminiscence, resistance. To speak of or praise Ali’s vocal strength and depth would seem trite for the simple fact that it speaks—rather sings—for itself. The kind of mixture of political backdrop and musical delivery that we have in Ali Saffudin’s debut album is one that most artists spend their entire lives seeking in failure.

The eclecticism does not end with simply musical flexibility, but extends itself to the lyrical. A handful of the songs on the album are actually renditions inspired from the rich well of Kashmiri literature and folklore. This is far from being an entirely original concept; even in contemporary terms, one need only recall Zeb Bangash’s impeccable performance of ‘Roshe’. The predominance of this act in Wolivo is what is notable, with influences including Peerzada Ghulam Ahmed (‘Walo Ha’), Faid Ahmed Faiz (‘Kab Talak’) and Habib Jalib (‘Main Nahi Maanta’). Never a result of unoriginality, Wolivo is a conscious celebration of Kashmir and its indelible oral tradition; an ode to a culture whose indomitable spirit the album’s heart beats with.