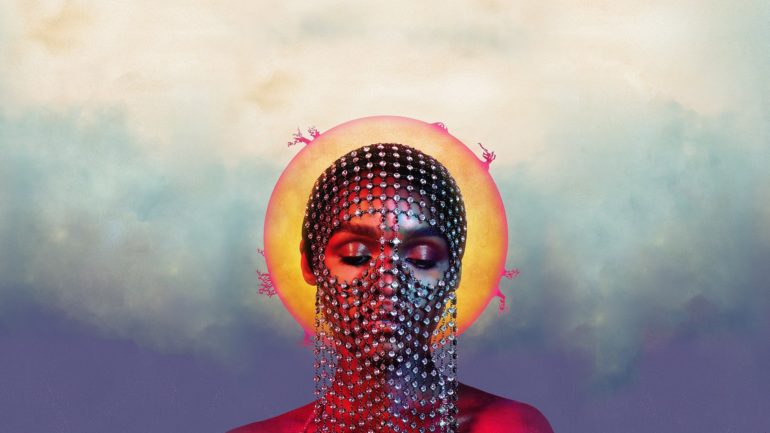 There is a perception out there that artful resistance cannot come in a more accessible way, that good music will always be difficult to consume, that catchy songs will not contain beautiful and consequential lyrics, and that pop music and social consciousness are somehow mutually exclusive. Thank God for Janelle Monáe, who is here to bust these ridiculous myths.

Fast-paced and arguably more streamlined than any of her previous records, Dirty Computer is Monáe’s first album in five years and features quite a few collaborations, though it would be the uncredited Prince, whose influence shines brightest through the album.

The opener, ‘Dirty Computer’ featuring Beach Boys legend Brian Wilson is groovy and sets the tone for what would be a great record. “I’m broke inside, crashing slowly, the bugs are in me”. She, the protagonist is the dirty computer, ridden with viruses.

Monáe is going to take the listener on a carefree ride, and that is visible as early as on the second track. ‘Crazy, Classic, Life’ is loose and easy-going, carrying a strong Prince influence. Here, she wants a life that is “young, black, wild, and free.” It is on the third track where the album gets going. ‘Take A Byte’ is a cross between pop and funk and is undeniably sexy. Monáe’s Dirty Computer might be hailed for its social consciousness, but it is the great music that should be celebrated more than anything else. In just minutes into this album, she proves why she is the master of melding genres, influences and styles.

Uninhibited, unabashed and unadulterated, ‘Screwed’ features Zoë Kravitz. The song truly embodies Monáe’s no fucks given attitude. The coolly insistent bassline elevates the song further. She alludes to Oscar Wilde’s quote (and more popularly Frank Underwood’s) ‘Everything in the world is about sex except sex / Sex is about power’. Even though this lyric is repeated multiple times, the one that stands out is ‘Hundred men telling me cover up my areolas / While they blocking equal pay, sippin’ on they Coca Colas’ – just this one statement perfectly illustrates Dirty Computer – Monáe is woke, and can make terrific statements through wonderful music.

From ‘Screwed’ she masterfully segues to ‘Django Jane’, the only true-blue rap song on the album. She talks about the struggles of her parents, her current achievements, and her existence as a black woman.  The transition from ‘Screwed’ to ‘Django Jane’ is frighteningly good where it feels like one long eight and a half minute song which goes from pop to contemporary R&B to hip-hop seamlessly.

Taking inspiration from Moscow punk protest band ‘Pussy Riot’, Monáe explains that the lyrics can have different interpretations, but one significant one is about letting women create, ‘let us work, let us have opportunities…stop listening to your bros all the time. We have a lot to contribute, and I think that progress is happening, but it’s a little too slow for my pace’.

From a hard-hitting rap about celebrating herself (‘Jane Bond, never Jane Doe’) and the power of women, Monáe brings us ‘PYNK’ ft. Canadian pop artist and past collaborator Grimes that celebrates femininity, human form (the colour is after all ‘found in the deepest and darkest nooks and crannies of humans everywhere’) and sexuality. Built on top of fluctuating synths, the song is dynamic. It is a slow-burner but make no mistake, ‘PYNK’ could go on to be a female anthem when people wake up to how good it is.

Read: Janelle Monáe – Powerful with a little bit of tender

While it is criminal to suggest anything on this album is a coincidence, ‘PYNK’ almost unintentionally transitions into ‘Make Me Feel’, the lead single from the album. The much-celebrated song is so reminiscent of Prince that it was rumoured he wrote it himself (she clarified he didn’t but it is common knowledge that they have worked closely before his death). Packed with modern ebullience and classic soul, this is a song of the year contender. The ethos of ‘Make Me Feel’ is pop, but is the quirky production – the use of funky guitar riffs, the machine-gun bridge – that distinguishes it from any other Top 40 track. Monáe is successful in reinventing Prince’s sound, and her sexual desires in an eccentric way. It is the musical brilliance that needs to be hailed foremost, the sophistication with which the entire comes together is stunning and gives the singer her most adulated track on the album.

The unswerving R&B song ‘I Like That’ lets Monáe flaunt her vocals and gives us a breather to enjoy a more rooted aspect of her musical sensibilities.

While sexiness and empowerment are the predominating themes on most of Dirty Computer, Monáe does show her more vulnerable side. ‘Don’t Judge Me’ is where she bares all. Filled with subtle but wholesome instrumentation, the softness and airiness in her vocals make the track even more beautiful. She sings about self-doubt and about being loved for her ‘disguise’. The steady bassline and drums and the dreamy synth give the song a psychedelic feel, but the song can feel a bit long at six minutes.

Stevie Wonder pops in for a bit of wisdom in ‘Stevie’s Dream’ giving a nice interlude before ‘So Afraid’, the track that builds up almost like something off of Nirvana’s discography. Using angsty guitar chords and the chorus, ‘So Afraid’ might seem like a love song (I’m afraid of it all, afraid of lovin’ you) on the surface, but as we move to the next track on the album – ‘Americans’ – it is painfully clear that the ‘you’ Monáe is referring to in ‘So Afraid’ is her country.

‘Americans’ is the rallying all-inclusive cry and the ‘Get Up Stand Up’ type anthem that is the call of the hour, a song where there is no need to talk in metaphors or references. Monáe directly denounces America till everyone can be accepted. “Until women can get equal pay for equal work…until same-gender loving people can be who they are…until black people can come home from a police stop without being shot in the head…until poor whites can get a shot at being successful…until Latinos and Latinas don’t have to run from walls…this is not my America”. It is protest music, but in 2018, Monáe packages it shrewdly – how else would it be consumed by the masses?

If there is a low point in the album, it is ‘I Got That Juice’. The song carries a serious ‘Milkshake’ and ‘Hollaback Girl’ vibe to it, which is unsurprising since all three songs have a common denominator – Pharrell. Compared to all the guest collaborators, it is noteworthy that it is Pharrell who works the least. Even then, the song has some excellent features – the percussion is meticulous, and the lyrics are clever.

Liberal and liberating, comprising confessional rap and catchy pop, Monae’s Dirty Computer is sonically and lyrically very user-friendly. It is a deeply personal – and political – record. Monáe is celebrating herself on Dirty Computer, and because she falls in so many marginalised groups – she is a woman, she is a black woman, she is a pansexual black woman (just a “free-ass motherfucker”) – the 48-minute long journey with her is empowering, and not conceited.