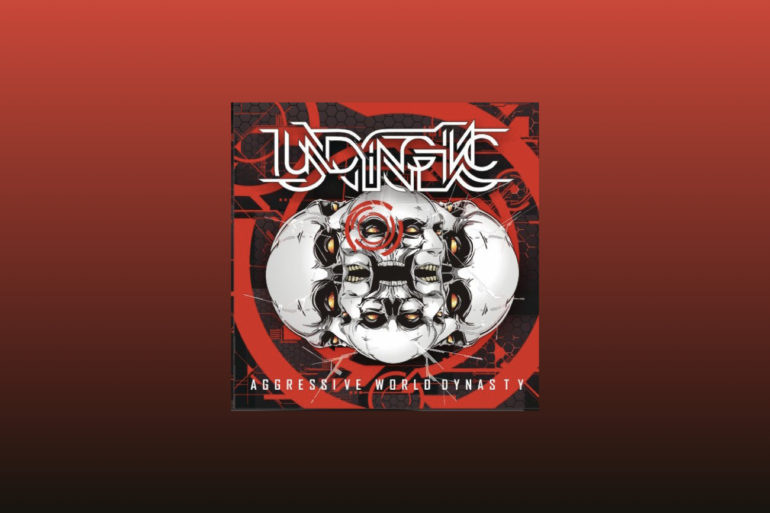 If you’re a metalhead and you watch action movies, you probably hoped, at least once,  to enjoy the scenes of destruction soundtracked to something suitably heavy and unhinged. Something just like Undying Inc.

The New Delhi metal band has seen much tumult in the decade since they released Aggressive World Dynasty in 2010. However, the lineup that came together for this album perhaps had planned to prove everyone wrong. Drummer Yuvraj Sengupta, vocalist Shashank Bhatnagar, guitarist Biswarup Gupta and bassist Reuben Bhattacharya had prepared to offer  much more to everyone.

Imagine a nail bomb that weighed a kiloton and was just about to go off in two minutes. That’s how ‘In Vacuo’ builds up, lining it up for ‘Concept Error’, with Bhattacharya’s grim futuristic depictions in the artwork (as Visual Amnesia). When the snare blast just notches things up to a 100, Bhatnagar’s imposing growl-and-snarl combo takes over. Notoriously intense at their live shows, Aggressive World Dynasty was an album that proved Undying would stomp the talk and capture their force on record. Sengupta was almost like a pissed off, multi-limbed Kraken who brought forward mind-bending drum work, aided by the crunchy yet dissonant guitar work from Gupta.

Making it even more seemingly impossible, in the vein of bands like Car Bomb and Meshuggah, were Bhattacharya’s rumbling, odd-time basslines that are likely to paralyze minds. Songs like ‘Membraneous’ and ‘Evilution’ would make any discerning metalhead scrunch up their face in stank face approval. The tech-metal intricacies included, Undying was still about punishing grooves and chopping it all up at every given turn; their sound informed by everyone from Meshuggah to Pantera. Occasionally, Gupta would even throw in a dazzling solo, like in ‘Membraneous’ or their relentless live staple, ‘Existence Failed’, which was repackaged for Aggressive World Dynasty.

Bhatnagar, on almost every track, is manic in his growls, quick-paced in delivery and at other times, shredding his vocal chords. This wasn’t so much about one member leading the way, but the whole band collectively pushing each other up to another level, like on the thunderous riff-fest that’s ‘After-Math’. Bhatnagar can go into 10-second long growls and screams, even stretching it to a 20-second summit, like in ‘Breeding Gods’, another live staple. You tend to agree when Bhatnagar growls in his fast and low way, “Walk with me, we will never rest.”

The rollercoaster of grooves that feature on ‘Breeding Gods’ became synonymous with Undying Inc. Despite that, the rest of the 10 tracks (we’re excluding the intro ‘In Vacuo’) do not yield for a single second. It proves that nobody goes as intensely hard as Undying Inc.

In some ways, the monstrous chugged riffs and rattling rhythmic patterns in the title track and in songs like ‘Manimal’, are not very different in tone, but it barely matters. It’s all so overwhelming, akin to putting a mic into a well-oiled machine.

The guitar tones and production value can be paralleled with fellow Grey and Saurian releases, Bhayanak Maut’s untitled album and Scribe’s Mark of Teja, but that’s about where the similarities end. ‘Xenophobe’ pulled even more sonic stunts when it came to guitar passages and Gupta’s frenetic fretwork, as Bhatnagar sounded like he was ballooning to becoming a giant on the vocals. He even goes into high-pitched portions on ‘Alloy’, which takes no prisoners.

It’s not to say there weren’t bands writing metal as complex as Undying Inc. Bands such as Myndsnare and Escher’s Knot come to mind, but the Delhi quartet seemed to be the only ones who made all the right moves. Their notions regarding production and songwriting to distil this groove/tech metal concoction into an album.