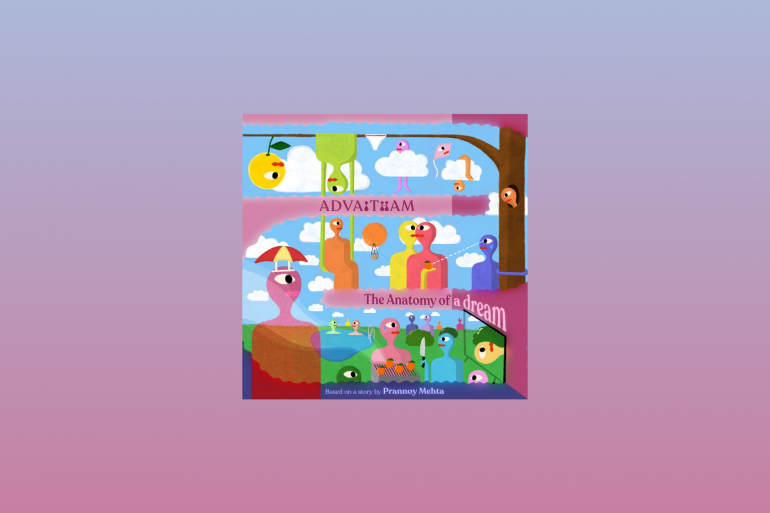 There is a certain challenge associated with talking about instrumental music. There are only so many words that one can use to ballpark the complex emotions conveyed by the composer. Thankfully, Advait Mahesh (aka Advaitham.), a music composer and student at A.R Rahman’s KM Music Conservatory in Chennai makes it pretty easy.

The reason behind it is mainly the fact that The Anatomy of a Dream was born out of a collaboration between Advait and filmmaker Prannoy Mehta. Prannoy made a short film called Gul, which narrated the story of an aimless man in search of a mythical rose, encountering absurd characters and situations along the way. Due to unfortunate circumstances, however, the film never saw the light of day.

The idea and narrative behind the film stuck with Advait and he went ahead to release the soundtrack for the film as a concept album. This is mainly evident in how well he adapts the visual storytelling of an absurdist film into grounded and powerful instrumentals throughout the 23-minute experience. The individual tracks have fully rounded emotions that only get deeper in the context of the rest of the album.

The most striking parts of this body of work are the places where Advait throws everything he has at us. The title track, for example, is by far the most intense of the bunch. Over the course of the track, Advait ratchets up the tension to an almost uncomfortable extent and it works in spades. The pounding, animalistic drums, the skittering strings and gargantuan crescendo at the end make you want to fight for all that is good and righteous in the world.

‘Seeking Beyond’ is another highlight on the album with its warm, serene strings giving it a rustic feel. There is a sense of being suspended in mid-air awaiting what the composer has up his sleeve. ‘Letting Go’ is a testament to Advait’s broad taste in music as he incorporates Indian classical vocals by Shyam Sasikumar juxtaposed against swelling synths.

The rest of the tracks convey a specific, yet fleeing vibe, just like all film scores should. They are mostly quiet and skeletal with faint synths and strings. Advait bookends the album with the opener, ‘Good Night’ and closer ‘Good Morning’ which really do feel like twin songs. We enter and leave the album on an optimistic, uplifting note. These are tracks which do not have the emotional arcs of the others but probably exist to fill the space. For example, the album grinds to a dirge midway at ‘Tragedy || Comedy’, which is a mostly percussive track. But it probably works in the context of the film.

Achieving what most people see as unattainable, Advait has managed to convey fully rounded emotions and arcs through instruments. He clearly understands the emotional impact of every element of his musicianship and maps that to the very unique concept of the film that it was conceived through. The result is one of the more unique releases in recent memory and an experience that will stick to the listener long after the needle drops.