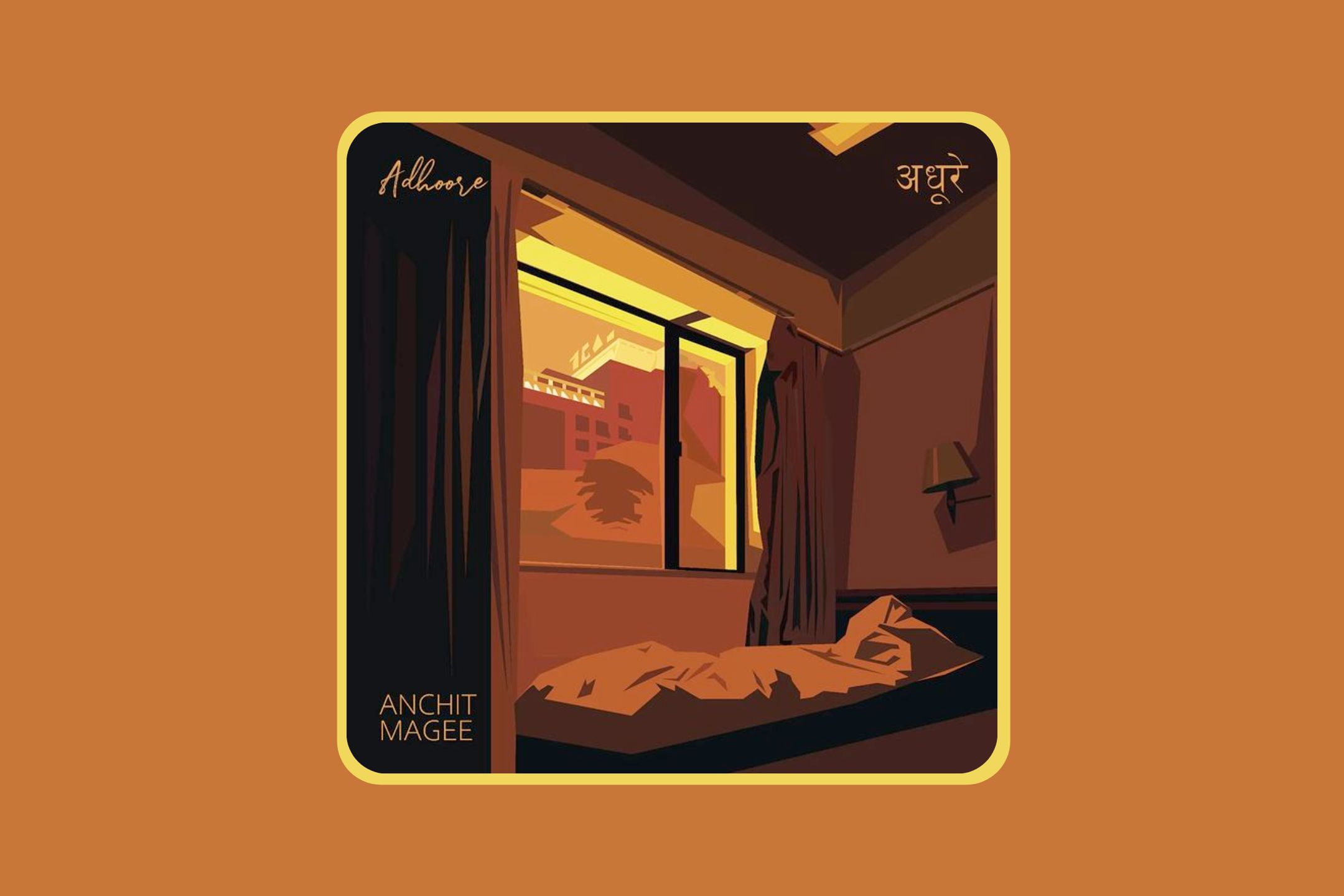 Anchit Magee’s album Adhoore is one OTT score after another

That’s not to say it’s bad.

New Delhi-based singer-songwriter Anchit Magee has been on a roll, releasing single after single. And now, it has all culminated in the arrival of his latest release, an album titled, Adhoore. Clocking in at 22 minutes and with six light rock, acoustic-heavy tracks, including the previously released single, ‘Laparwah’, the album is a skilfully produced, sincerely written and technically sound one.

But even with all its musical ducks in a row, it lacks lustre. Strange too, because the album is home to many tracks that could be the OST to your life.

The opener; the self-titled, ‘Adhoore’ is a ukulele dream. The perfect relationship track, whether it’s getting together or amicably saying goodbye. Lifted by Anchit’s husky and comforting croon, a steady riff, sparkly percussion and moody echoes, the track does everything it should. It’s comfortable.

‘Laparwah’ arrives next, sounding like something straight from ‘Rock On’ (the first one). With a steady pick up, energetic light rock riffs and a catchy chorus, this one is sure to be a concert favourite for the singer’s audience.

‘Yaadein’ plays out at number three. Familiar percussion arrangements, pleasing acoustic work and vanilla vocals make this one a soothing listen. But, that’s about it.

‘Haal-e-Dil’ lands an Uno reverse shortly after, though, proving to be the most complex, and varied in sound. A melancholic set of keys kicks off the arrangement, while delicately plucked acoustics are quickly introduced later on.

The momentum continues with ‘Le Chal Yaha Se’ – a sparkly acoustic tune in which Anchit sounds as dreamy as ever. While the track carries forth the comfortable sound, it does have an element of surprise to it, specifically with regard to the vocal arrangement. The chorus, especially, testifies to this.

Adhoore closes with ‘Dooriya’. Interesting under-production on this track lends itself to a rawness that shines on the EP for the first time. Anchit’s voice sounds less polished, yet the notes sound more deliberate, the intent more felt and the heartbreak more resounding.

As one reaches the end of Adhoore, there is little doubt about the artist’s capabilities. It’s clear that Anchit has a bright future ahead of him. With over 2 lakh streams online, a sensitive and artistic soul and a penchant for delivering the rollercoaster ride of heartbreak and love in pretty packages, the up and comer is sure to send a few hits our way.

But relegating himself to the identity of a singer-songwriter could be a misstep.

With the rampant templatisation of music (a phenomenon that threatens the independent music scene as well), is it enough to make hits that sound like other hits or is it necessary, now more than ever, to try something new?

Will Anchit Magee be a hitmaker? The answer is a probable yes. Will he stand out from the rest? Well, that is to be seen.