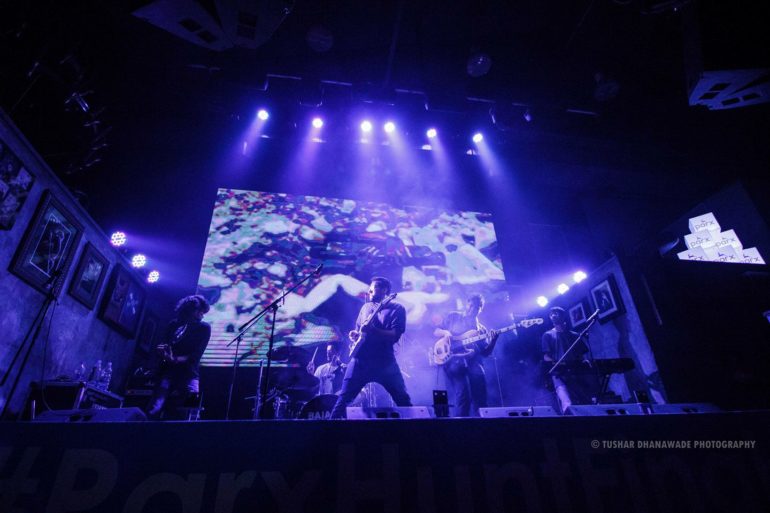 It would seem someone else has beaten Elon Musk to conquering the far reaches of outer space. Across Seconds is a four-piece experimental/post-prog instrumental rock band based in Mumbai and are out with one of the most ambitious instrumental pieces in a while with their debut, Four Light Years from Home. The band is known for fusing heartwarming melodies along with odd time signatures with poly-rhythms and it shows. The entire record is an instrumental odyssey, with the theme of space exploration being subtly woven throughout with the song titles and the ethereal sound effects that recur throughout.

The intro, ‘Flow’ is a garbled voice message which briefs us on our mission to explore other worlds. Shortly thereafter, the song ‘T minus 10’ details the emotions underlying such a mission with its ambient tone and soothing melodies. Its odd time signatures and slow guitars highlight the unease and trepidation that even the most adventurous explorers face before such a mission. As the tempo of the track rises, we approach lift off and there’s no turning back as the track shifts gear into an intense finale with incredibly spacey riffs.

By the time ‘Astral Drift’ hits us, we already find ourselves drifting in space, as indicated by the eerie and methodical intro. The glitzy piano and hypnotic bassline simmer with optimism as we glacially get use the loneliness. We are then treated to a crazy knee-jerk transition into an amalgamation of hard rock and shoegazey finale, which relentlessly thrusts us deep into the vacuum as hard as it possibly can. The intensity continues with ‘Mayday’ as we boldly go where no riff has gone before. The slightly generic guitar riffs are overlayed with otherworldly effects and relentlessly build up in tension. The instrumental work by all four members is energetic and leaves no asteroid unturned. The odd time signatures and passionate guitar blemishes bode well with the alien landscape. The tempo builds up to an orchestral and hypnotic banger.

‘A Perfect World’ sees the album at its more daring and extravagant. The track is pretty much a lifetime of emotions in about seven and a half minutes. It starts off slow, melodic and atmospheric with eerie synthesizers giving it a surreal tone. The track is marked by intense bass and rhythm guitars with a slow acoustic guitar on top, with glitzy sound effects. The track meanders through a plethora of emotions with its dense production. The track then segues into this hard-hitting and intense banger of a finale, which feels optimistic and uplifting. We have found what we have been looking for.

The title track is more introspective with its smooth bassline and ethereal guitar and rattling hi-hats. After a fleeting glimpse of our lives in the previous track, we now look to the future with starlight glistening in our eyes. With the spacey and expansive tone suddenly shifting gears into an energetic and fast-paced finale, we find our urge to explore and experiment reinforced. ‘Ebb’ is the short and minimalistic closer to this interstellar epic with soothing strings and keys eventually fading out into the blackness.

Four Light Years From Home is a heartwarming instrumental record with more interesting ideas than we can keep track of. The album is focussed, with multiple motifs and themes recurring throughout, thus tying it all into a single unit. The themes of space exploration are carried out meticulously and subtly with interesting sound effects and hypnotic guitar blemishes that run through the veins of the album. Each member of the quartet delivers a one of a kind experience which succeeds on all fronts.