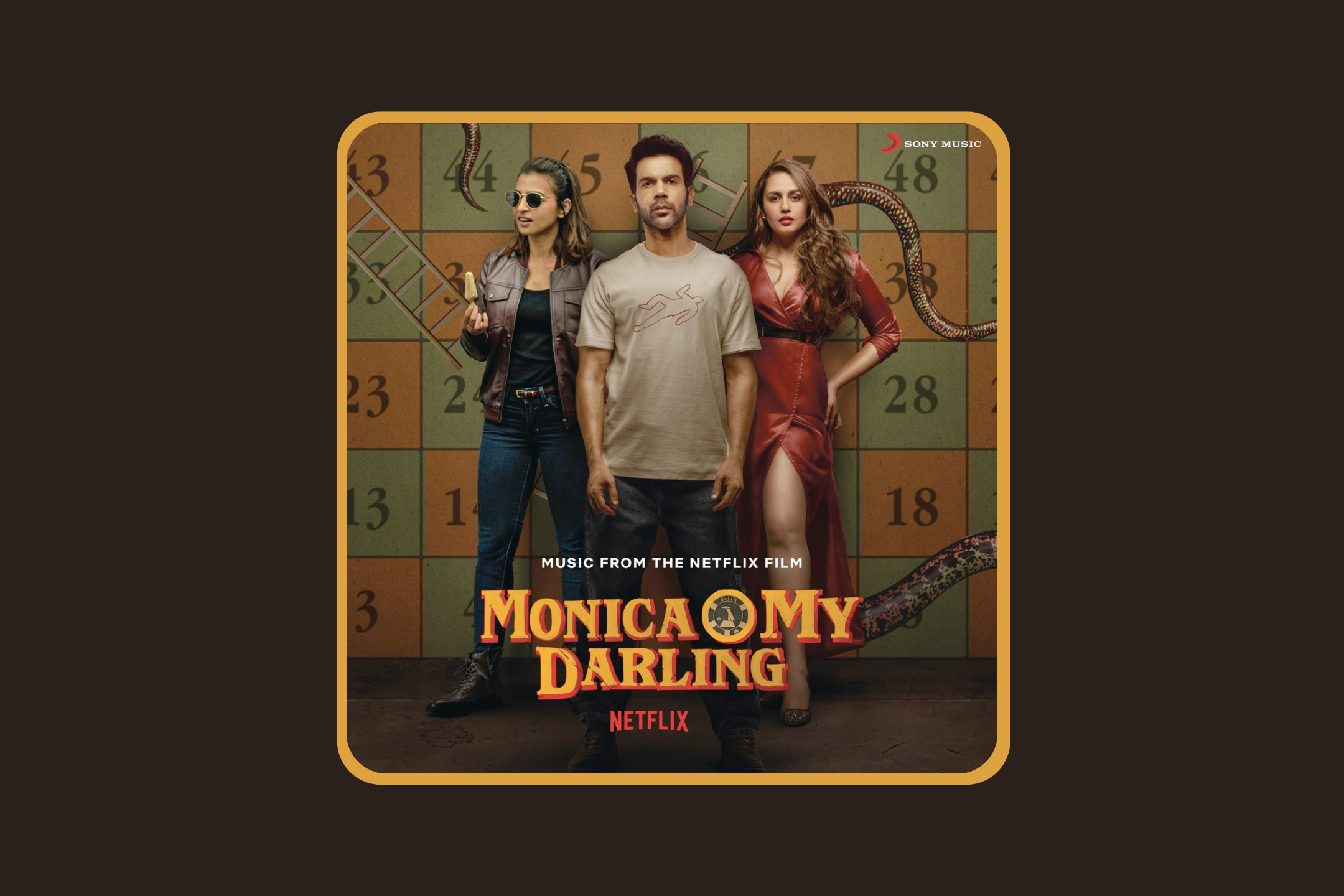 Achint’s work in Monica, O My Darling is an ode to retro sound

In the vast and ever-sprawling arena of Indian OTT media service, the name Achint Thakkar is surely not one that would ring with unfamiliarity. Composing the score for the incredibly successful Scam 1992 has meant that Achint finds himself firmly in the limelight’s glare, a glare that has, infamously, scarcely been kind to the Indian independent scene. While that remains a separate discussion that requires more space than the one at hand, on we progress to discuss Achint’s latest work: the soundtrack for the film Monica, O My Darling, a Netflix release starring Rajkummar Rao, Huma Qureshi and Radhika Apte among others.

Achint’s six-track album from the film, a pastiche of diverse collaborators who breathe life into his vision, opens with ‘Yeh Ek Zindagi’ where the listener also comes across- auditorily of course- the titular character. Before going into the track and the rest of the album, it would not hurt to repeat that as a soundtrack album, it is a body of music tailored to the exigencies of film it operates within. To view the album as a film soundtrack is to acknowledge this paradigm that persistently looms and governs the musical direction.

Given this context, the opening track seems to be in perfect consonance with the film being a crime thriller. Almost too expectedly, the music takes the staple sonic route of Indian crime thriller soundtracks: ‘Yeh Ek Zindagi’, composed by Achint and Mikey McCleary, is a cabaret-esque fest where Anupama Chakraborty Shrivastava’s voice reigns in a songwriting that reeks of gangster carpe diem. Onto ‘Love You So Much – I Want to Kill You’, the listener encounters a fun track that talks of the urban paradox of desire and exasperation without wasting much time in unearthing beyond the surface. ‘Suno Jaanejaan’ is thematically similar, but tries above it at times with a tempo more subdued.

‘Bye Bye Adios’ is a song that is, to Achint’s credit, at odds with itself. While Anupama Chakraborty Shrivastava’s voice soars to tremendous pitches in the cabaret-esque frame already discussed, the song is not without its surprises as it occasionally peppers elements of techno. ‘Farsh Pe Khade’, drawn in a light introduced by most of the songs, is nostalgically indulgent. Sultry and slow-paced, the song is perhaps the one that operates as an independent (of the film) song the best. Varun Grover’s lyrics stand out, delivering the delicate balance of humourous lament that makes this a standout from the album. The album comes to a close with ‘Hills of Malabar’; the only song written in English, it is also the only track that tries to carve a niche away from the predominant nostalgia fest. Vivienne Pocha’s raspy yet melodious voice makes this lovesong what it is, essentially a languid number that ambles on with ease.

Achint’s work on the Monica, O My Darling is one of anachronistic daring, insofar as it is an ode to retro sound, and culture. This Bombay Velvet-esque treatment to sound is however, expected when the film is kept in context. Indeed, the production process takes the laurels as the entire sound seems to be shimmered with a tonal hue reminiscent of the magic R.D. Burman and Lata Mangeshkar conceived in ‘Piya Tu Ab To Aja’. That the sonic structure of the album evokes a sense of unity, is perhaps not exactly a good thing, when the concession to the needs of the project has been acknowledged and done with.

The inescapable fact that the entirety of the soundtrack has this hue as its common denominator, can after a point inevitably feel regurgitative. Achint tries to bring back the seventies, we understand. The film’s title after all shoves a cult classic hit from the time in our faces; his decision is entirely justified. Whether this tonal monochrome works for the film is a fruitful discussion, but the point is whether it affects the album’s reception in isolation. Almost a musical quirk bar the last song, this idea and execution does and presumably will work for a huge listenership; the acutely persistent awareness of it, however, is an issue in its own right.

Monochronism also strays into the fact that this is an artist who started out as an independent musician and now finds his craft to be solely defined by both a culture and an industry that’s hardly conducive to independent art. The Monica, O My Darling soundtrack’s success is at this juncture paramount, but it is always worth, now and ever, to keep the larger discussion alive.