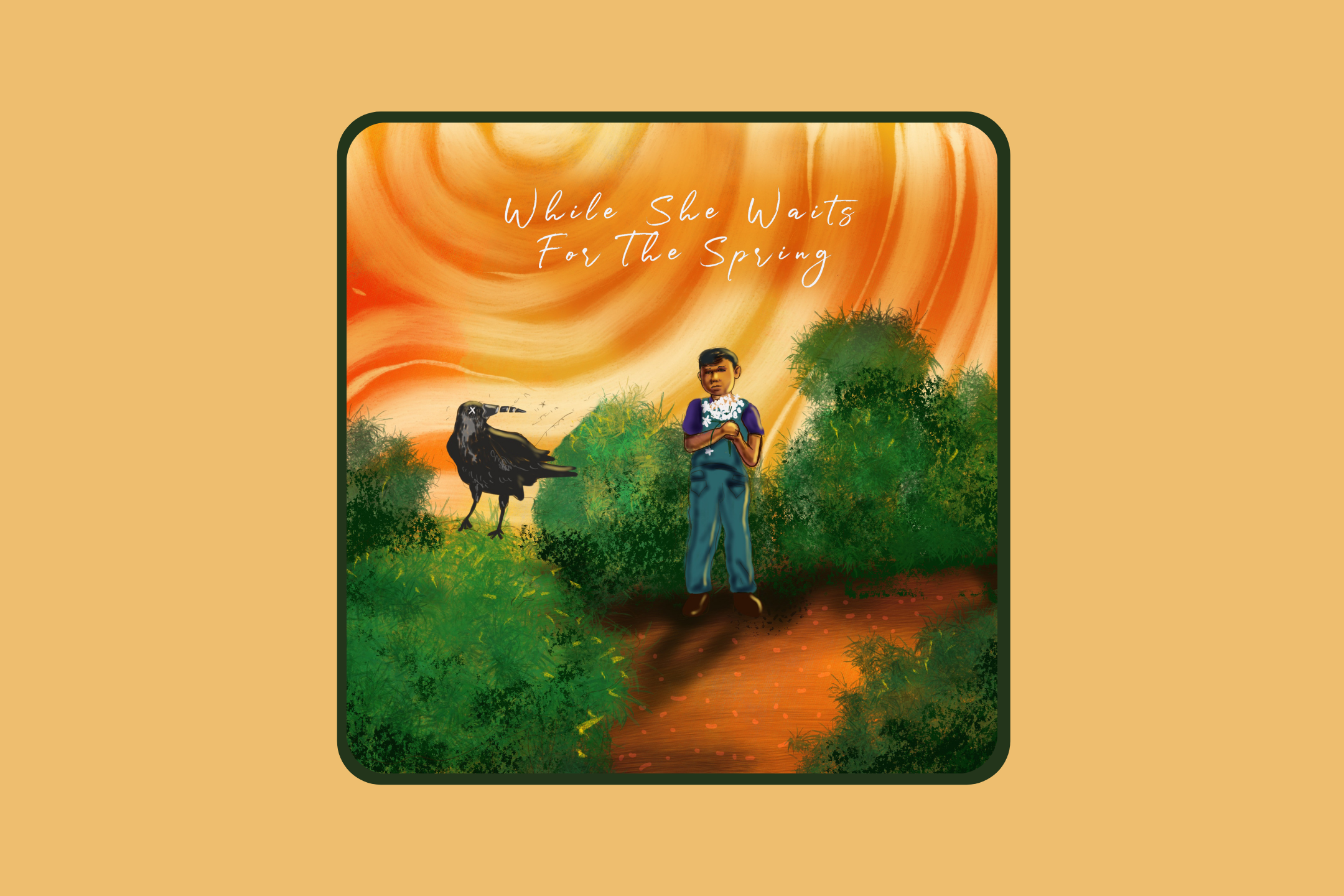 Conflict and struggle, anxiety and mistrust, an internal moral crisis, wishful thinking—these are overwhelming states of being just by virtue of existence. So, imagine taking all of these emotionally powered moments and trying to explore them through music. Imagine being successful at it.

Assam-based singer-songwriter Abhilash Choudhury navigates these emotions with his multilingual debut album While She Waits for the Spring.

Each of those states of being, mentioned above, has the power to completely consume and paralyse you. Unsurprisingly, these are conflicts that almost every single person in today’s time has been confronted with. People spend their entire lives trying to untangle these messes and navigate them. And Choudhary’s antidote to that, it would seem, is a no holds barred sonic experiment.

On While She Waits for the Spring, every track takes his sincere exploration a little further. Supported by producers R James Sunny and Romil Sinha, Choudhary paints a layered, complex picture of his version of the world today.

Due to the non-restrictive nature of this project, the 10-track album spans a multitude of genres. From alternative rock and R&B to blues, jazz, electronica and pop, While She Waits for the Spring comprises a skilfully crafted concoction of music types. And, that is very much intentional, as expressed in the first track of his album.

‘The Search Is Over (Intro)’ explores the existence of music itself – a loaded idea that could have very well alienated an audience if mishandled. But, Choudhary gets it right for the most part. Of the track, the artist says, “When asked “How should music be?” people referred to it in terms of genres and sounds rather than having a natural love for all kinds of music. The intro tries to bring out that aspect forward and make the listener think more about it.”

Voice samples of people expressing their views on music and why it means so much to them is what comprises this short introductory track, backed by spacey, ambient loops, leaving the listener with a sense of having arrived somewhere.

‘Subah’, the second track on the album, is an alternative rock tune delivered in Hindi. This one presents as a familiar foot-tapper, until a psychedelic rock riff disrupts the experience two minutes in, making for a glorious surprise. The track resumes, though, continuing an exploration of “a better world”. Choudhary remarks, “people have become restless in their quest for ambitions and [how] it has led to a chaotic world and people putting on masks as per their requirement.” The track asks, “Seene mein kya hain chupa?” which translates to “what’s hiding in that heart?”

Next on the album is the Assamese track, ‘Daoriya’, penned by lyricist Swaraj Priyo. Again, a perfect example of unpredictability. The steady tones and dreamy lilt of voice make it impossible to believe that this song is actually speaking of emotional disconnect among people today and the selfishness that often surrounds us.

The next two tracks on the album, ‘Adhoora’ (Hindi) and ‘While She Waits’ (English), go hand in hand with each other, despite the difference in language, sonically offering listeners jam worthy riffs, lyrical depth and soulful vocals. The latter have you pondering on a lot.

‘Yaar Dost’, an instrumental interlude is a breather, filled to the brim with dreamy production—a tune that Choudhury dedicates to the friends who have supported him on his journey as a full-time musician.

‘Dream’ and ‘Ittefaq’ pick up on that journey of being a musician, exploring Choudhury’s struggles with scepticism and cynicism from onlookers as he left his life in corporate to pursue music full-time. In the throes of the alt-rock crowd pleaser, ‘Dream’, he sings, “Time and time again, I see myself, wondering all alone in the streets. Is it a dream? Reality is far away from me?” acknowledging his emergence from bad times into good.

‘Desire’, the closing track on this album, is a heavy listen—sonically as well as thematically. On this one, he explores existentialism. The ambient, evocative minor tones stir something in you. While She Waits for the Spring has something for everyone—be it genres or themes—there’s at least one song on there that listeners will resonate with. Tackling such a wide emotional spectrum on one project is a risk and could have resulted in a disjointed catalogue of ten tracks. But owing to his intuition, musical prowess and careful thought, for Abhilash Choudhury and his listeners, this album is a risk that has paid off.