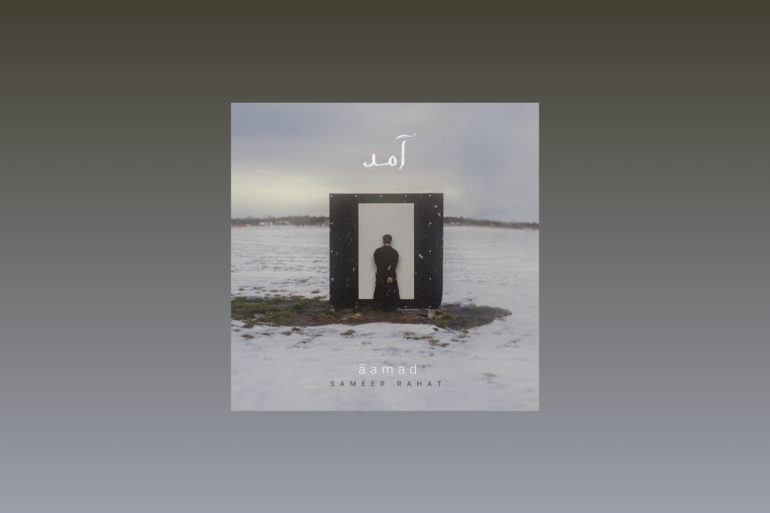 Aamad by Sameer Rahat is a subdued ode to romance

Sameer Rahat’s style comes from a variety of seemingly varied influences. He writes in Urdu and Hindi and creates music riddled with indie-pop and folk influences. Sameer takes complete ownership of his trademark style on his debut solo album, Aamad, which literally means ‘arrival’. His passion for Urdu poets from the sub-continent and his affinity for soulful melodies are woven into every verse of this 31-minute project. His lyrics read more like spoken word poetry, drawing from contemporary progressive Urdu poets.

His musical output, however, is not restricted to just commercial music. His journey began with him being the lead vocalist and bassist for the Urdu progressive band, Joshish. He also composes music for films and web series. With this broad range of musical output, a release like Aamad was inevitable. He released a politically charged single, ‘Gyaan’ back in 2019 which showcased his knack for creating songs that are pleasant to listen to without distilling the underlying message. However, on Aamad, Sameer has foregone politics and greater issues and chosen to dig deep into his own soul.

Instrumentally, even though the album features a 16-piece orchestra and an 8-piece choir, the tracks are very understated. The various instrumental flourishes don’t support each other like in traditional songs. Instead, each component stands strong and independent. His vocals are also restrained and don’t sell emotions by going over the top. Instead, he presents the ideas like an all-you-can-eat buffet, leaving the listener to create their own emotional platter.

The most obvious theme that permeates every track is love and romance – or rather how love and romance have affected his state of mind. Each track tackles the concept from a different angle. The spoken word intro, ‘Jo Bhi Hai’ delves into taking ownership of one’s life after losing their significant other. It professes accepting all the brightness and sadness of life. The song is whispery, understated and minimalistic. ‘Khat’, reads like a sequel to the opener and is about finding the strength to move on from what was clearly a special relationship. The acoustic intro and whispery vocal harmonies are reminiscent of early Elliott Smith songs.

The album takes a therapeutic turn on ‘Hum Kaun The’. Here, Sameer puts to tune the words of Jaun Elia according to his interpretation of the great Urdu poet’s words. Elia’s words compel to reflect on who one was and how they got to where they are now. The haunting harmonies and fervent guitar solo are extremely evocative. The repetitive phrases along with the sparse acoustic leads create a plaintive atmosphere. The tracklist takes a more optimistic and romantic turn on the incredibly passionate ‘Tasalli’. Here the songwriter seems to have regained the strength to pursue romance but the words suggest lingering trust issues left behind by past heartbreaks. The song is carried by his soothing voice. The harmonies melt over the palliative drums and guitar riffs.

Sameer turns up the optimism on ‘Khuda Hai Kya’, which is another spoken-word piece written like a letter to a lover. Sameer compares her to various elements of nature like seasonal rain and the constant wind. He even goes as far as to compare her to a godsend. It is at this point that the poignance of the album begins to wear thin. The lyrical clichés and sparse instrumentation lose their novelty and begin to be tedious. The record does reach some stirring peaks like on ‘Chehre Gehre’ with its passionate reverby vocals and powerful crescendo at the end. However, the lyrical stereotypes prevent the track from reaching its full potential. ‘Uss Par’ featuring Rashmeet Kaur has some nice harmonies and sweet instrumentals, with the duet complementing each other perfectly. However, the reused and recycled instrumental and lyrical ideas get monotonous after a while.

In the end, Aamad is a pretty valiant effort from one of the most prolific singer-songwriters in India. For a debut, the album is pretty cohesive and enjoyable to listen to. His minimalist approach works for the most part. However, it quickly gets tedious as he fails to introduce new ideas and switch things up to retain the listeners’ attention.

Note: This is an edited version of the review. It has been edited to rectify a few factual errors.