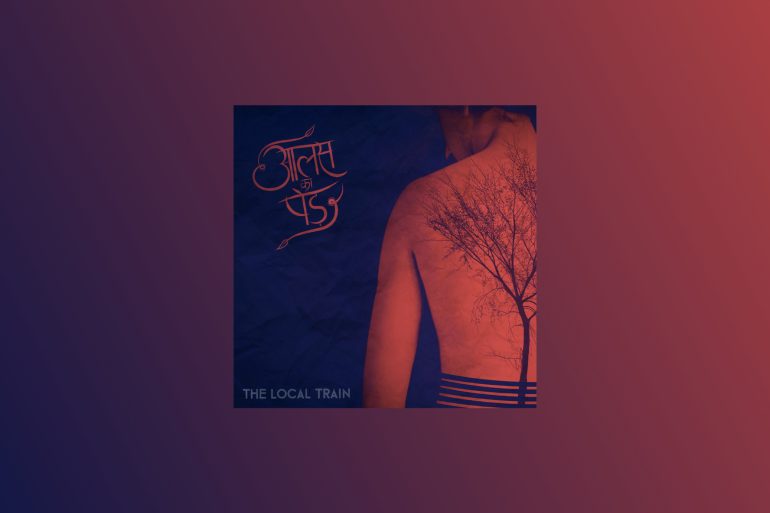 It was sometime in 2006 that singer-songwriter Raman Negi penned down an openhearted song called ‘Choo Lo’ while he was working in Hyderabad. To pursue a life in music, Negi and his friends – guitarist Paras Thakur, bassist Ramit Mehra and drummer Sahil Sarin – came together in 2008 and kickstarted The Local Train.

After several college competitions, forays into the world of cover bands and more, their debut album Aalas Ka Pedh arrived only in 2015, just when things were picking up for them. Still one of the most purchased albums on Indian indie music platform OK Listen, the album injected Indian rock with a wholly important sense of powerful Hindi and Urdu songwriting that would go on to win over nearly every Tier I, Tier II and Tier III city in the country.

The catalyst remained the songs on this album. India’s college-going audiences latched on to songs like ‘Choo Lo’ and ‘Aaoge Tum Kabhi’, likely intended as a statement of mainstream rock that included can’t-fail pop hooks as well. Thakur injects the opening track ‘Manzil’ with sublime riffs that straight away sound familiar, which is a rarity in Hindi rock. ‘Aaoge Tum Kabhi’ is anchored in a surefire emotive strain, and Negi’s “na na na” just knocks it into strong singalong territory even more.

‘Bandey’ enters into yet another familiar territory with its inimitable early 2000s American radio rock influence, flourishes of swivelling synth adding to the well-settled layers in the pre-chorus. Negi’s soft and soaring juxtaposition is brought out and there’s more instant arena rock elements with heard in the refrain of “yay-ee-yay-ee-yay-ee-yay”, although the song bows out with Thakur’s glistening guitar work.

Nothing remains purer in its intent than ‘Choo Lo’, employing warm piano strains for the indomitable song of longing that rightfully remains one of their most-heard songs so far. It revels in straightforwardness, which is often the mark of unshakeable songwriting. Thakur prolongs the notes trippily on the stirring ‘Kaisey Jiyun’, which also has its moments of stomp-around rock thanks to the fist-tight rhythmic combo of Sarin and Mehra. While ‘Kaisey Jiyun’ lyrically gets slightly overdrawn, ‘Yeh Zindagi Hai’ remains as radiant as ever, in probably getting anyone’s ears pricked up for its happy mandolin and guitar cadence that lands square in the dependable pop-rock territory.

From fairly early on in the album, you can tell The Local Train aren’t here to pull any gimmicks, so whatever is in there that sounds overdone, it’s likely unintentional. ‘Dil Mere’, for example, shuns all the convention and lays down an easygoing groove that adds the right touch of diversity to Aalas Ka Pedh.

Here was a band that, even on their first record after years of touring, didn’t care that songs like ‘Aaoge Tum Kabhi’ and ‘Bandey’ ran into the five minute length and whether that would turn anybody off. If anything, it gave fans more to soak in at their shows. The quartet were armed with Aalas Ka Pedh through the last five years, which was a driving force that arguably emboldened them to focus on grandiose rock songwriting for their next release, 2018’s heavyweight album Vaaqif.